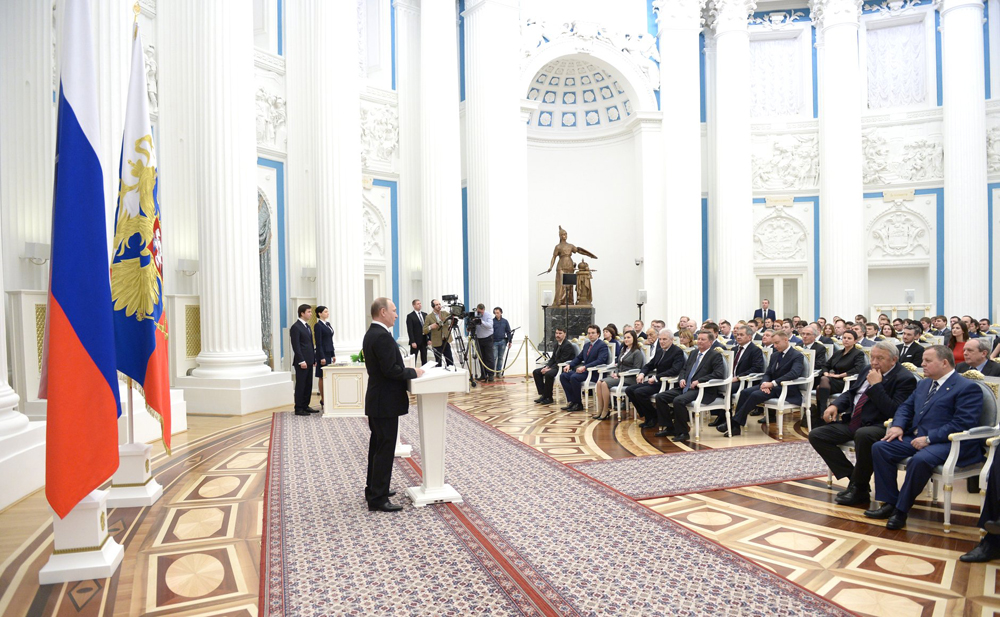 Kremlin.ru
Three researchers have won the awards for last year

Russian President Vladimir Putin has presented young scientists with the 2015 presidential awards in the field of science and innovation at a ceremony at the Kremlin on Feb. 10.

Three researchers have won the awards for last year.

Dmitry Kopchuk, a chemical scientist of the Institute of Organic Synthesis at the Ural Division of the Russian Academy of Sciences, has received the award for the development of new luminescent and functional materials for molecular devices designed for various purposes.

Vladimir Stegailov, doctor of physics and mathematics, of the Joint Institute for High Temperatures, has been awarded for a cycle of works on the supercomputer multi-scale simulation of materials in extreme conditions.

Yekaterina Proshkina, of the Institute of Biology at the Komi Scientific Center of the Ural Division of the Russian Academy of Sciences, has been awarded for her contribution into development of the genetics of life expectancy and ageing.

The presidential award for young scientists was instituted in 2008, the award ceremony takes place annually, and is timed to coincide with Russian Science Day (February 8), the award is 2.5 million rubles. The award is given for contribution in the development of national science and innovations and aims to encourage the award winners to conduct further research.