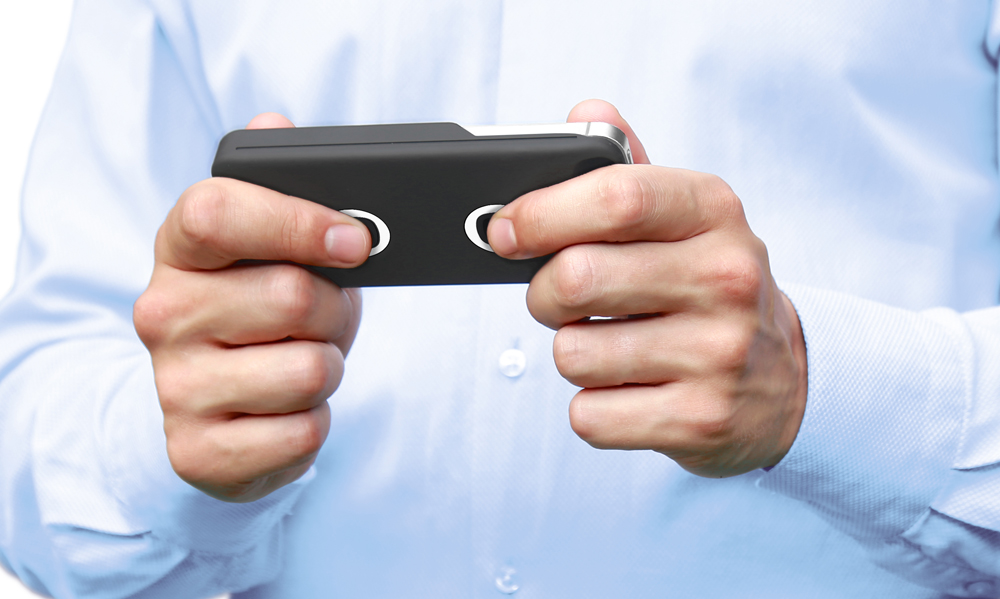 CardioQVARK is now being certified to receive an MFI license (made for iPhone), and a registered certification for the medical device, both of which are needed to enter foreign markets.

Press photo
Russian developers have created an iPhone cover that makes a cardiogram and provides a competent medical explanation in real time.

Place your two thumbs on the sensors of this iPhone cover and CardioQVARK gives you an electrocardiogram (ECG) and transcription in five minutes thanks to a special algorithm. The results can then be sent to a doctor using an app for iPhone or iPad.

"Steve Jobs put a computer in our pocket, and now everything is done from this device: banking, purchases, films, books, and weather," said Alexander Ezhkov, an investor in CardioQVARK. "Thanks to the latest technologies, this pocket computer can monitor the most important human organ, the heart."

One of the significant features of CardioQVARK is that it was fully developed and will be produced in Russia, which is surprising for a country which mostly relies on South Asia production facilities for its electronics.
This is just one example of the recent trend for Russian companies to relocate production lines from Asian countries to Russia - a move dictated by the weak ruble, which has made production in Russia substantially cheaper.

Only a few portable devices today take ECGs; but it's one thing to show the user his cardiogram, and quite another to explain the results. For example, the ECG Check smartphone cover ($123) produced by Cardiac Designs makes an ECG in real time, but it does not explain the results.

Another popular device, the AliveCor smartphone cover ($99) has already made more than five million ECGs. The user, however, must pay $2 for a U.S.-based cardiac technician, not a doctor, to explain the results within 24 hours. Express service, which takes 30 minutes, will cost $5; but if you want a clinical analysis and report by a U.S.-certified cardiologist then the cost is $12.

CardioQVARK's developers claim to be the first to automatically transcribe a cardiogram in real time. The device is compatible only with the iPhone 5/5S, but later this year a model compatible with iPhone6/6S will be available.

CardioQVARK is now being certified to receive an MFI license (made for iPhone), and a registered certification for the medical device, both of which are needed to enter foreign markets. The retail price in Russia is about $110. Developers believe it can substantially increase an individual's lifespan.

In 2014, nearly 610,000 Russians died from heart-related diseases. CardioQVARK's test devices have already checked the condition of 1,000 patients, and doctors have processed 10,000 cardiograms.

Developers plan to perfect the device so that an ECG will be able to determine an individual's age, physiological or emotional condition, and presence of bad habits.

Cardiologist Mikhail Stepanov thinks that CardioQVARK is an interesting invention, but its functions are currently limited.

"The device helps determine the presence or absence of several forms of arrhythmia, but does not provide information about the condition of the heart muscle, the presence of ischemia, and it doesn't give an exact diagnosis of the rhythm's deviation," said Dr. Stepanov. "It is destined only for monitoring heartbeats."

It is unlikely that cardiologists will make diagnoses based on CardioQVARK's results, Dr. Stepanov added.

"Serious studies are needed for this; studies that would confirm the connection between the signal received from the fingers and the result on the screen," said Dr. Stepanov, adding that he believes the application's forte is the opportunity for long-distance communication between doctor and patient.

For more information visit the official site of Cardioqvark (in Russian).