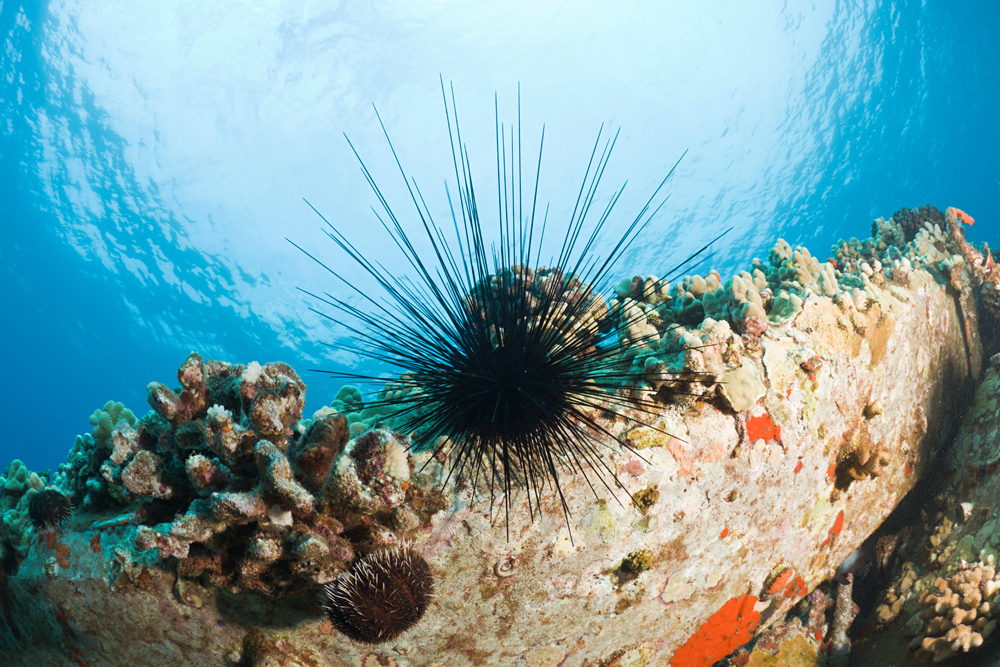 Scientists have been developing food products with the flora and fauna of the Pacific Ocean for a long time.

Alamy/Legion Media
Russian scientists have developed a chocolate bar made with starfish and sea urchin extracts that helps to increase endurance and rejuvenate the body.

Scientists in Russia's Far East have developed a chocolate that slows down the aging process and normalizes metabolic processes in the body.

Officially called Sea Masterpiece, the chocolate is also nicknamed “sea vitamins” because of its many healthy ingredients such as extracts from the schisandra berry, starfish, and sea urchins. The chocolate also helps ease symptoms of body fatigue, and increases endurance under high physical and emotional stress.

"We extract the necessary substances – naphthoquinones, a class of vitamins belonging to vitamin K -- from sea urchin shells that are grown at our experimental marine station 200 kilometers off the coast of Vladivostok," explained Mikhail Kusaikin, deputy director of the Pacific Institute of Bio-organic Chemistry.

"We use pigments from sea urchin shells for the production of medications, and add the extract remnants of their shells to chocolate. It turns out to be waste-free production."

Anyone for tundra bread and reindeer moss chocolate?

Sea Masterpiece comes in two types of chocolate – dark and white. Usually, extracts from sea urchins have the distinct smell of fish, but scientists are now able to remove the fishy residue, leaving the bar with the traditional taste of dark chocolate.

"The sea urchin extract can be added not only to chocolate but also to cookies or any other product," said Dr. Kusaikin. "The main thing is to make sure that the extracts are not destroyed in the processing, and do not change the taste."

Scientists have been developing food products with the flora and fauna of the Pacific Ocean for a long time. These include luminaria salads, as well as bread and sausages made with the addition of kelp.

Russian scientists do not hide the fact that the idea for this chocolate came during the Global Food Innovation Summit 2015 in London when the British biotechnology company, Lycotec, introduced Cambridge Beauty Chocolate, or Esthechoc. It contains astaxanthin, which slows down the aging process.

So far, scientists have produced only a small batch of Sea Masterpiece. Each chocolate bar is wrapped in plastic, tied with a trademark ribbon, and sold in quantities of either 100 grams or 500 grams. Each bar will sell for about $4.50 USD.

Scientists said that several major companies have shown interest in the chocolate, but they won't sell the technology and issue an exclusive license.

"We'd be happy to sell the technology, but unfortunately we cannot," said Dr. Kusaikin. "We can only produce it at home and establish joint ventures. Russian authorities have imposed a moratorium on transactions with the assets of the Academy of Sciences. Our intellectual property is classified as such an asset."

The Pacific Institute of Bio-organic Chemistry has been studying the structure and properties of marine natural compounds for over 40 years. The Institute develops and produces anti-microbial, anti-ulcer and anti-tumor drugs; as well as drugs for hepatitis, cirrhosis of the liver, and cancer; and therapeutic and protective beverages and dietary supplements.