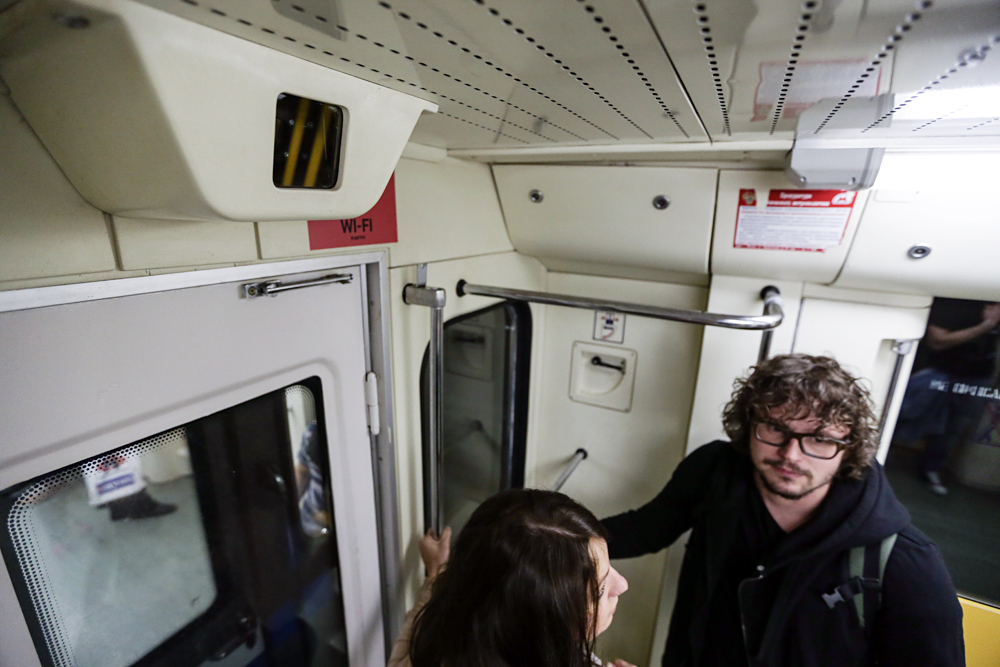 The new smart CCTV system will be launched on the Moscow Metro.

Sergey Savostianov/TASS
The Russian capital is introducing new security measures on its subway.

A smart CCTV system will be launched on the Moscow Metro by the end of the year. The announcement was made by the head of the underground rail network, Dmitry Pegov, in an interview with the Izvestiya newspaper on April 18.

"The new cameras will scan the face of each passenger as they enter the underground and will follow them on their journey, thus helping the police and Metro security in the important work they do,” said Pegov.

The new smart CCTV system is currently being deployed, he added.

“I think it will be of great help to us in our work with passengers. Not only in terms of identifying potentially dangerous individuals and objects but also in terms of regulating passenger flows and decision-making both in response to an unfolding situation and in long-term planning,” explained Pegov.

He went on to say that special new cameras, which are considerably different from the ones currently used, will be installed at the entrance to all stations and on all the platforms.

Pegov added that scans of passengers’ faces will be checked against law-enforcement agencies’ databases at the second stage of the system's deployment.

“At the initial stage, the system will be identifying passengers at entry and exit; ‘taking notice’ of people who spend a long time on the platform or in any other zone; and objects that have been motionless for a long time,” he said.

For instance, if somebody has left a bag unattended, this will be picked up by the system, which will send a notification. In addition, Pegov went on, the system will also trace people who are behaving strangely (e.g. gesticulating aggressively) and those who are trying to hide bulky objects under their clothes.

“All this is built into the system and is recorded automatically,” he said.

“If the system sends a signal, officers responsible for transport security will do their best to identify the suspect and stop them in time,” added Pegov.

The new system is being installed as part of the 2007 federal program for ensuring transport security and is being paid for by the state.