Vostochny Cosmodrome to launch its first rocket on April 28 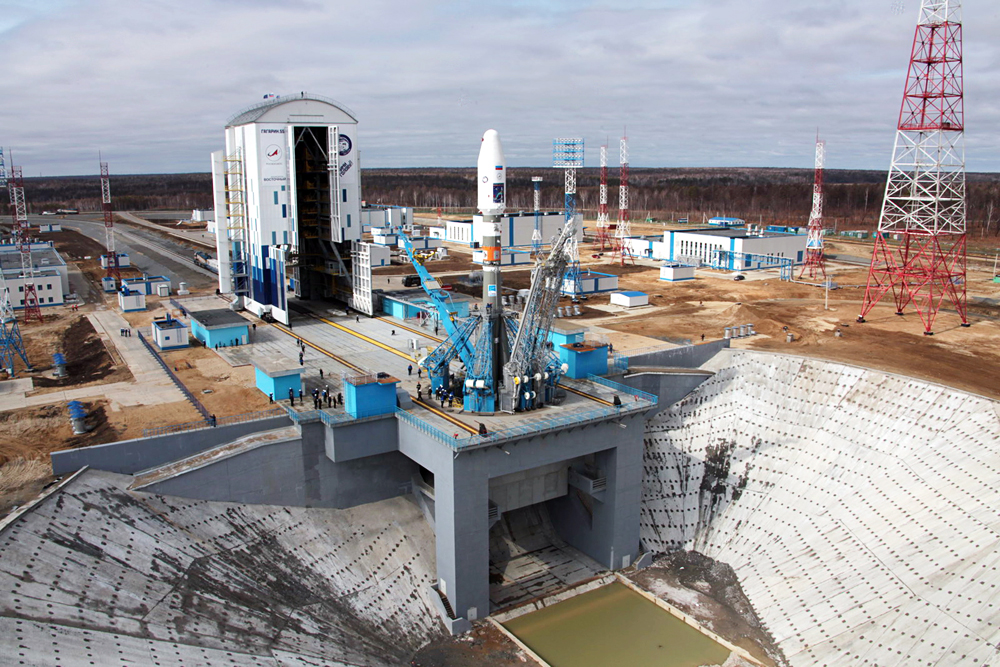 A Soyuz-2.1a rocket booster being installed on a launch pad at the Vostochny cosmodrome. The launch of the rocket carrying three satellites Lomonosov, SamSat-218, and Aist-2D is scheduled for April 27, 2016.

Press office of the Roscosmos Russian Federal Space Agency/TASS
The Soyuz-2.1a rocket is scheduled for launch from the Vostochny Cosmodrome on April 28. The rocket will be sent into space from the only completed launch pad at Russia’s new spaceport in the Far East.

The Soyuz-2.1a rocket with three satellites, Lomonosov, Aist-2D and SamSat-218 will be launched from the Vostochny Cosmodrome on April 28. The launch was originally planned for 2015, but the date was postponed in order to finalize the infrastructure. Parts of the cosmodrome in the Amur Region in Russia’s Far East are still under construction.

The carrier rocket Soyuz 2.1a has been upgraded for launch from the new spaceport.

“Instead of silver-zinc board batteries, which requires a long charging cycle on a dedicated charging station, it uses nickel-cadmium high-readiness batteries,” said Alexander Kirilin, head of the Progress Rocket and Space Center in Samara, which manufactures Soyuz rockets.

The rocket has been equipped with video cameras to record the take off, which will be broadcast live on the internet. 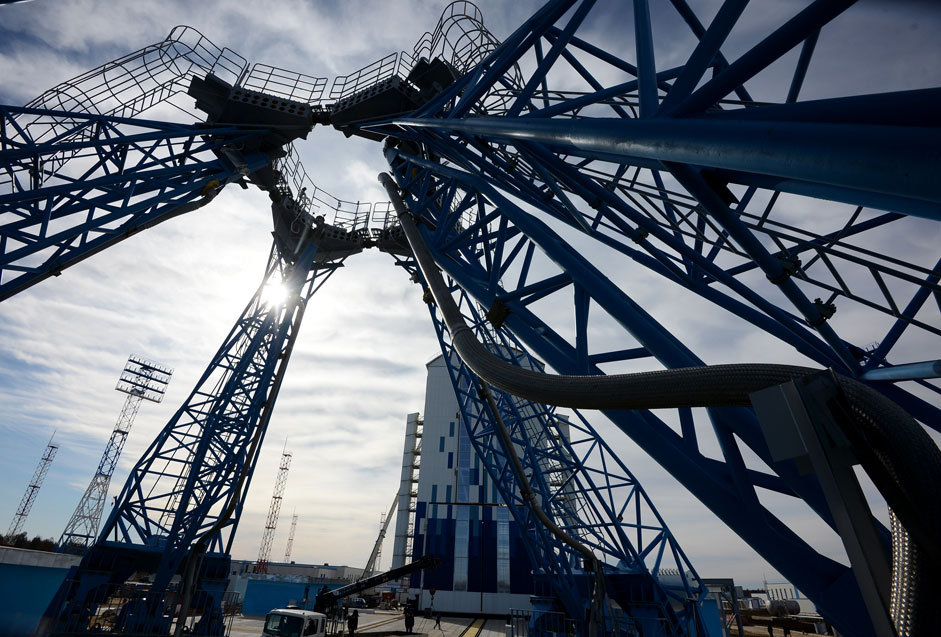 Vostochny: Russiau2019s ambitious project to revive its space might

The launch facility is equipped with a special mobile service tower that protects the rocket, equipment and spectators from the elements.

Due to the launch pad's design, the rocket at the Vostochny Cosmodrome does not stand vertically, as it would at the majority of the world's spaceports, but instead is hanging. Additionally, the new Russian spaceport is the first in the world where the command center is not underground but on the surface near the launch complex.

Vostochny decided to continue a tradition that was started at Baikonur: ahead of the launch, the rocket was blessed by Bishop Lucian of Blagoveshchensk and Tynda.

The village of Chagoyan in the Amur Region will be evacuated for the duration of the first launch, but a third of the local residents have refused to leave their homes. Also evacuated will be a stray cat living under a construction trailer about 100 meters from the launch pad. The cat was brought to the site and left by one of the workers.

“He will be able to watch the rocket’s flight from a safe distance,” said a source who is in charge of the Vostochny Cosmodrome's first cat.