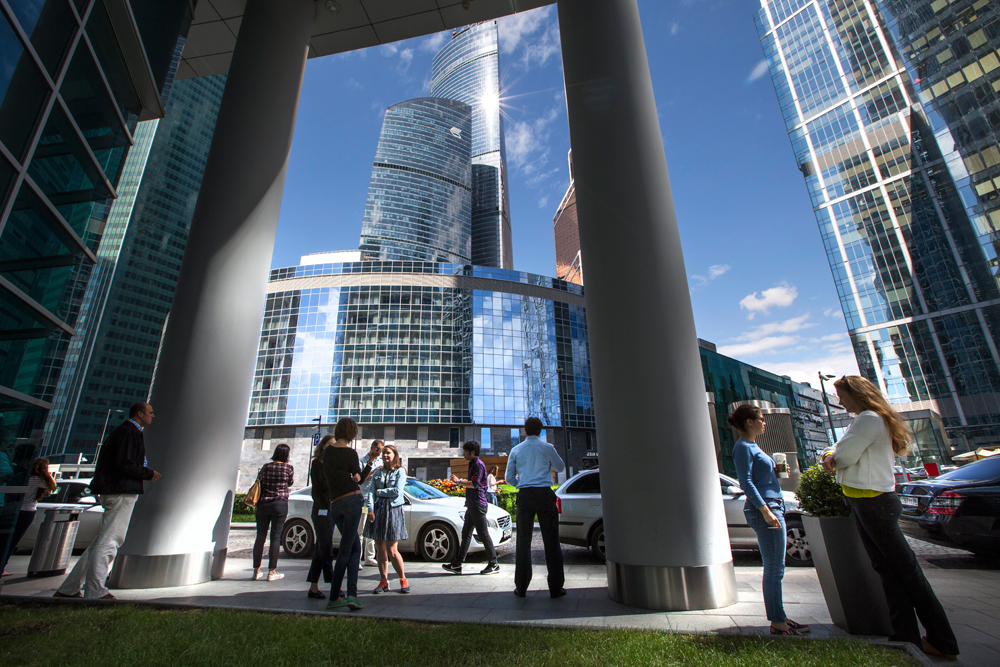 Cost of living for IT professionals in Moscow is one of the lowest in the world. Photo: Office employees take a break near the skyscrapers of the "Moscow City" Business Center in Moscow, Russia, on July 31, 2015.

"There is no question that Silicon Valley is the original and most successful tech hub in the world, but is it the best place to live in if you're starting a tech career or company?" That's the question researchers at the international consulting firm, Expert Market, tried to answer.

In early June the company published a ranking of the leading cities with the most comfortable living and working conditions in the IT industry.

Researchers evaluated a number of criteria, including commuting time and average residential rental price. The results were surprising -- well-known tech hubs such as London and New York finished at the bottom. First place went to Berlin; second to Austin, Texas; while third was taken by Toronto. The top ten also included Paris and Amsterdam.

Moscow placed 14th, losing one spot to Vancouver, but finishing ahead of Chicago. In a number of criteria, however, the Russian capital made the top ten. For example, Moscow is seventh in terms of time needed to start a business, (Montreal is first); and it's eight in terms of access to seed funding.

Moscow's cost of living for IT professionals, however, is one of the lowest, and it ranked second in this category, (Bangalore, India was ranked first).

Rent is also quite affordable in Moscow, coming in fifth, and beaten only by Bangalore, Sao Paulo, Montreal and Berlin.

"Our philosophy is that if you're going to thrive in tech or building your own company, then you need a balance between potential corporate success and an enjoyable lifestyle," said Bobbi Brant, a researcher at Expert Market.

Moscow failed to make the overall top ten due to traffic issues. In terms of average commute, the Russian capital came in 20th. Even in Bangalore, which finished 19th, IT professionals spend less time traveling to work.