iPhone 7 goes on sale in Russia 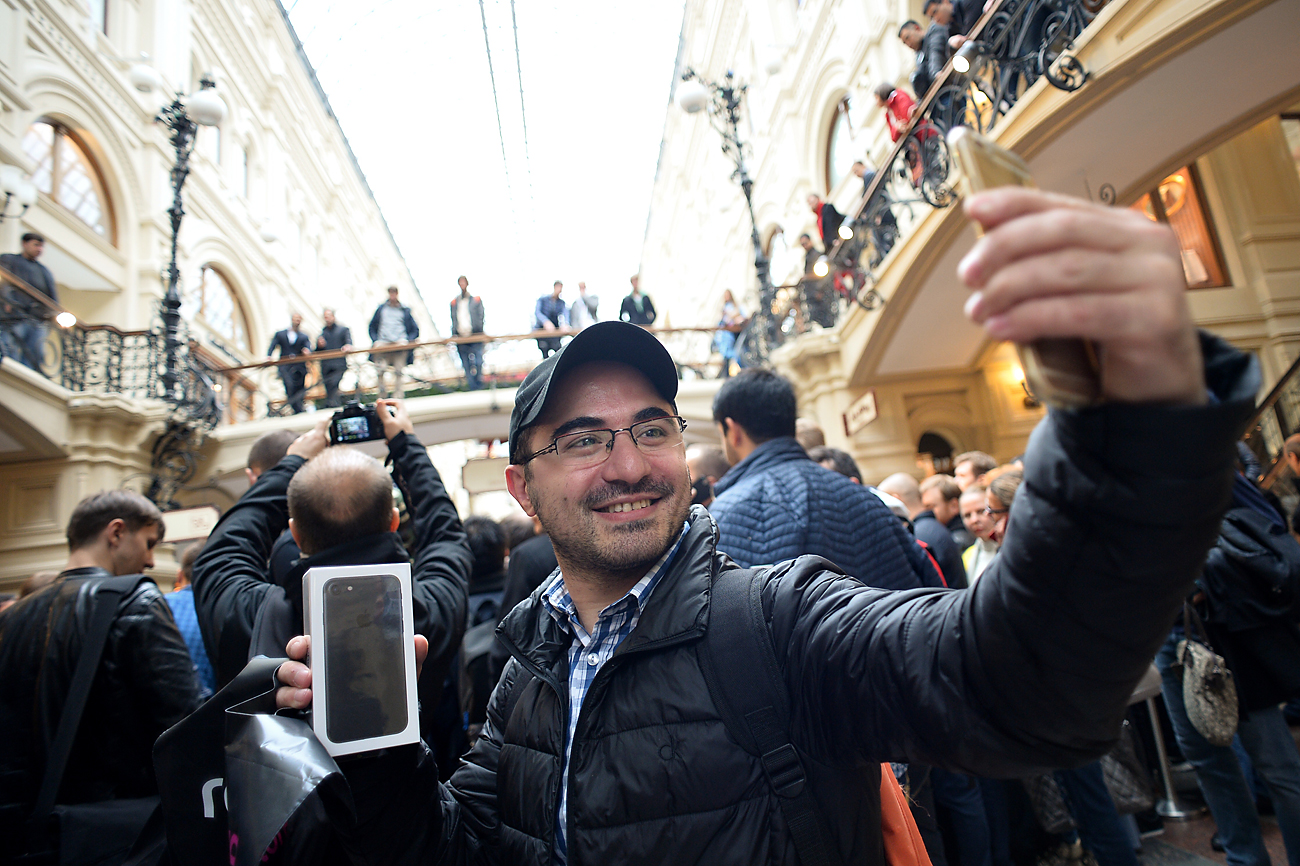 Russia is one of the first countries where the iPhone goes on sale after the U.S.

Sales of the long-awaited iPhone 7 and iPhone 7 Plus smartphones officially start in Russia on Sept. 23. New Apple smartphones will be on sale in retail networks of Russian cellphone operators (MTS, Megafon and Vimpelcom) as well as networks of large Russian retailers of electronics and home appliances.

Apple presented iPhone 7 smartphone in San Francisco on Sept.7. In the U.S., the new smartphone went on sale on Sept. 16.

Russia is one of the first countries where the iPhone goes on sale after the U.S.

Seventh is more desirable than sixth

Judging by the amount of pre-orders (it was announced a few days earlier), consumers are very interested in the new smartphones.

"We see the growing interest among customers in the new products from Apple, in comparison with the last year," Julia Dorokhina, a representative with Megafon operator, told TASS.

"We see that there is much more buzz than before", VimpelCom’s representative Anna Aybasheva told TASS. She attributes the popularity of the new model to such features as variety of colors and bigger memory.

According to MTS to "early results suggest that the demand for the seventh model of Apple gadget is four times higher than during the iPhone 6s release."