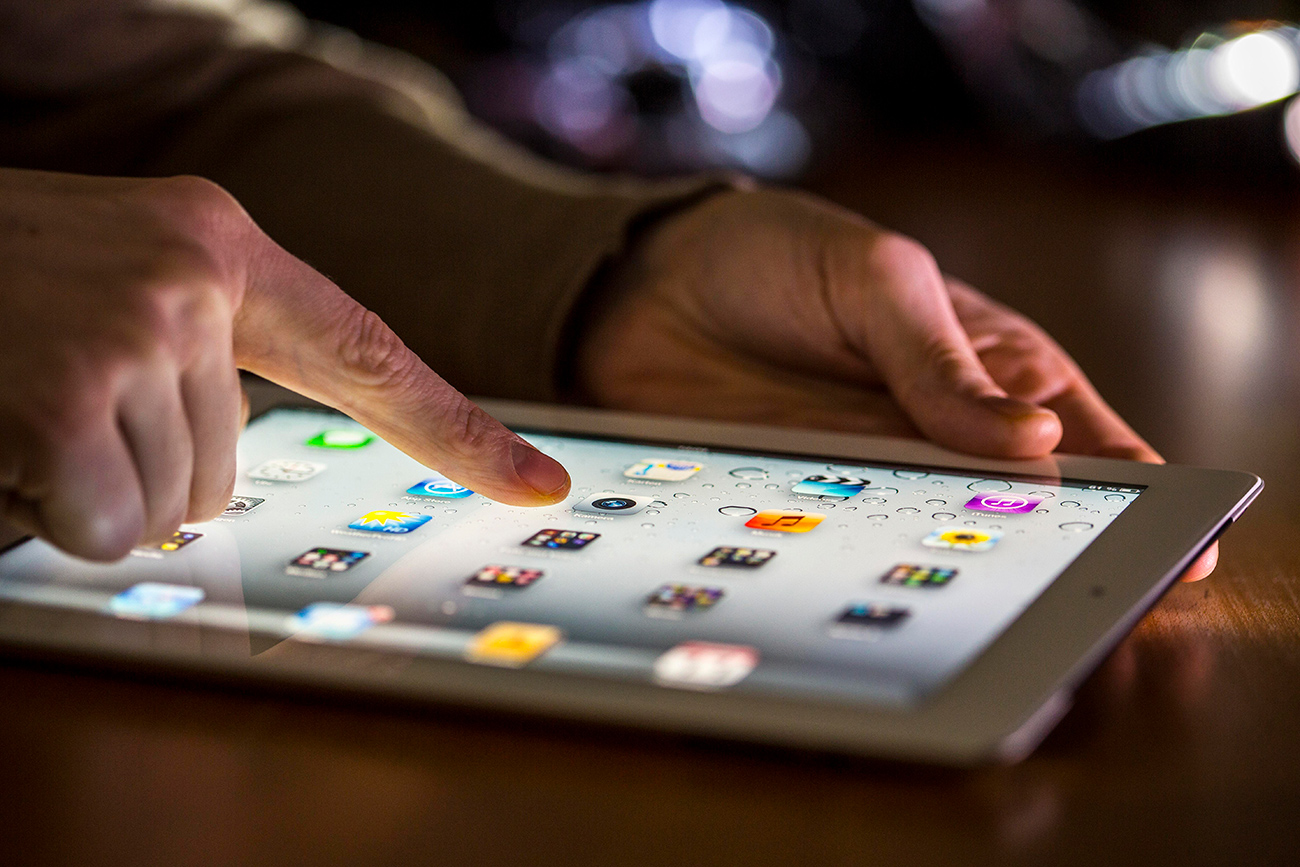 The effects of gadgets on the human body have not been thoroughly studied, but some research indicates they can cause chronic weariness, agitation and loss of memory or attention.

Jochen Tack/Global Look Press
Former servicemen stationed with Russia’s missile troops have developed a bipolar fabric for protecting people from electromagnetic radiation found in all kinds of gadgets. This material was once used to hide military equipment from radars. Doctors who tested the material say it restores the body’s defensive functions and strengthens the immune system.

The Screentex bipolar material developed by Russian scientists and former servicemen is designed to protect people from gadgets' harmful effects. It works as a screen and as an absorbent in a wide range of frequencies. The fabric is already sold in the U.S., Greece and Eastern Europe.

Developers say the material can be used in the broadcast industry, civil engineering, medical profession, and other fields. The fabric is based on shielding polymer covers capable of hiding military technology from radars.

"We worked with electromagnetic radiation in the 1970s," said Alexander Titomir, doctor of technical sciences and Screentex founder. "We studied how to protect ourselves from this harmful effect that we were subjected to during the development of the Soyuz spaceship, the reusable Buran spaceship and various space satellite systems. That’s when we got the idea for the material."

Neurologists, surgeons and reflexologists have already shown interest in blankets and pillow cases made from the bipolar material.

The effects of gadgets on the human body have not been thoroughly studied, but some research indicates they can cause chronic weariness, agitation and loss of memory or attention. For example, the incessant use of mobile phones over 10 years can create a benign tumor in the auditory nerve, reported the Karolinska Institute in Stockholm.

"The more we use electronic devises, the quicker the defense resources of the body are exhausted," said Oleg Grigoriev, a biologist and director of the Center for Electromagnetic Security. "The nervous, immune, endocrine and reproductive systems are most sensitive to the radiation."

After using the material for treating illnesses of the nervous system, specialists at several Moscow clinics said Screentex has effective curative powers.

"Positive changes were observed when using the bipolar material to treat the endocrine system, which affects all other body functions," said Victor Venyukov, head doctor at the Insan-Med Clinic. "Hormonal indicators in patients were balanced, nodes in the thyroid gland were reduced, hypertension subsided and sleep improved. Moreover, patients were cured of headaches and joint pains and in general the immune system strengthened."

The material is safe for humans, and use cannot lead to overdosing. It does not interfere with other types of treatment or medicine. The material's base consists of a hydrocarbon, and upon contact, the body reflects its own thermal radiation. It takes place at frequencies in which the affected area is restored. This explains why damaged tissue after an operation, for example, quickly regenerate using bipolar blankets.

"The material is not a panacea for illnesses," said Titomir. "And not even the strongest protection from all the wires that weary the body to such a degree cannot counter external viruses or infections. The material's main merit is that it can stimulate the body’s mechanisms for cell self-regulation and self-restoration."

Read more: 4 fashion tech startups from Russia to help you dress for tomorrow