Why did a Russian inventor build a replica of the Terminator? 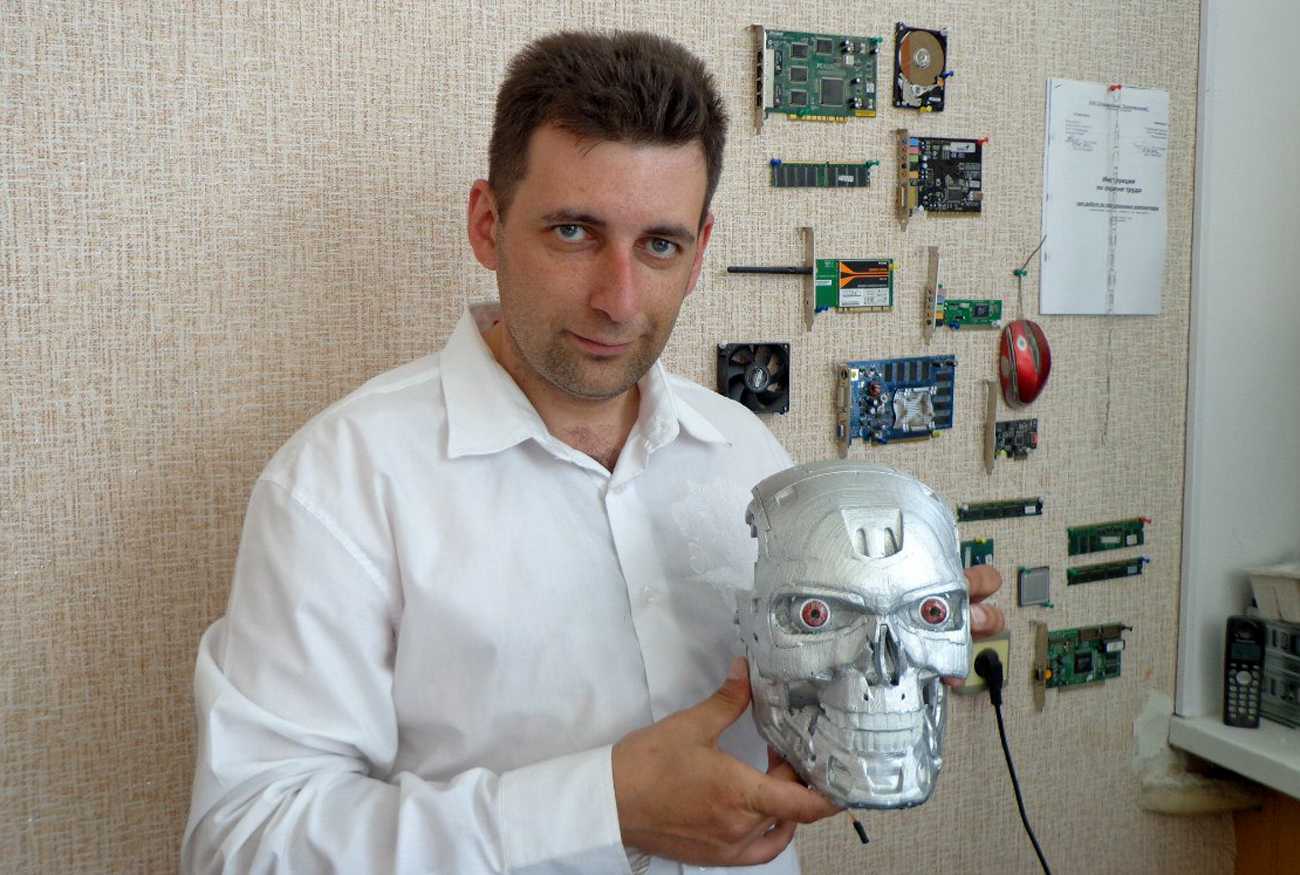 Alexander Osipovich wrote Google and soon received a blueprint of the T-800 robot.

Personal archive
You can talk with John Henry, drink with him, and see who's smarter. The blueprints for this robot were provided by Google, but his creator is a Russian programmer who has worked on him for seven years.

Software engineer Alexander Osipovich, who lives in the city of Kungur in the Perm Region (900 miles east of Moscow), used a 3D printer to make a fully functional replica of the famous killer robot from James Cameron's film, The Terminator. Osipovich even gave him artificial intellect and the name, John Henry.

For now, the Terminator T-800 robot model only knows how to distinguish faces, move his head, blink and communicate a little. He also has compliments for his creator: "I was created by a genius, and his name is Osipovich Alexander Alexandrovich," said John Henry with a well-trained voice. 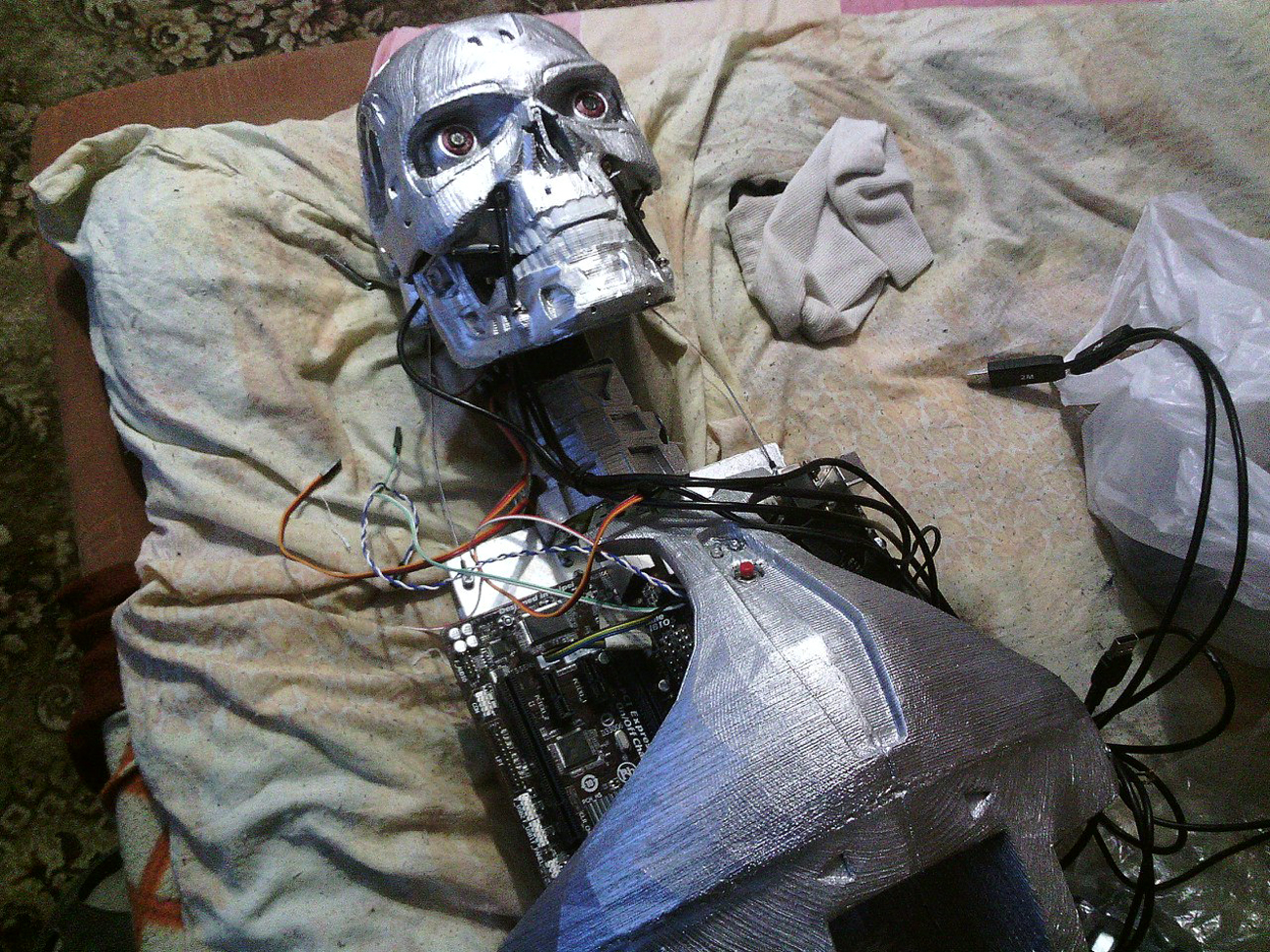 For now, the Terminator T-800 robot model only knows how to distinguish faces, move his head, blink and communicate a little. Source: Personal archive

Want a robot? Print one

Osipovich received the blueprints for the T-800 in 2013 from Google Inc. when that company launched a program to help inventors. Google was ready to share some developments with programmers working in the field of artificial intellect, Osipovich told (in Russian) the TJournal.

"I wrote to Google that I wanted to assemble a robot inside a human skeleton as shown in biology laboratories, and I was told to obtain a 3D printer and print a robot," said Osipovich. "The letter included a blueprint of the T-800 robot with all the instructions for installing a servo-mechanism."

In order to realize his childhood dream to create the monster that chased Sarah Connor in the Hollywood blockbuster, Osipovich began working on the project as a student in 2009. He needed a couple of years to write the software using Visual Basic, and a few more years to make the physical features.

"They laughed at me at work for spending so much money on a robot," recalled Osipovich. The common plastic (polylactide) used to make John Henry, with whom one can even drink, cost 200,000 rubles (about $3,500). 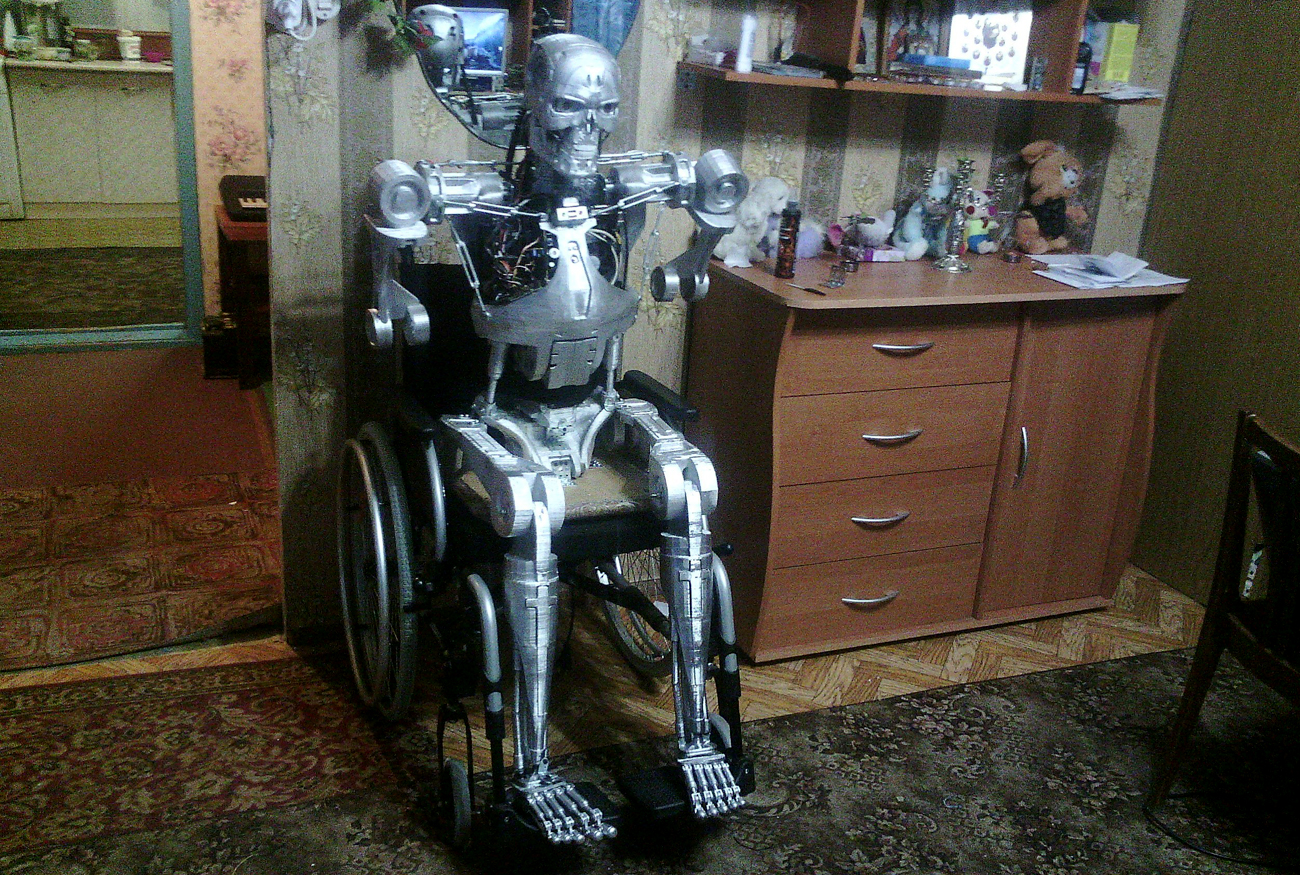 Osipovich wrote Google that he wanted to assemble a robot inside a human skeleton and soon received a blueprint of the T-800 robot. Source: Personal archive

"Good evening. What shall we do? The speech detector is activated."

"I hear and understand you," replies John.

John's knowledge is constantly growing, and his brain is based on a personal computing system. Source: Alexander Osipovich/YouTube

John Henry knows how to answer questions, but still does not know how to walk because his servomotors are too weak. His creator still plans to stand him upright and teach him to distinguish objects. Soon, he will be hooked up to the infrastructure of a private home.

John's knowledge is constantly growing, and his brain is based on a personal computing system. For example, he says that today is Feb. 19, 2017, and says the time, and adds that on this day in 1861 serfdom was abolished in Russia. This information comes from the Universal Encyclopedia, which the robot believes is his knowledge base.

"Good work, John Henry," said Osipovich loud and clear, as if talking to a child.

John knows not to say, "Thank you," when hearing compliments and therefore responds, "Gratitude is not necessary." 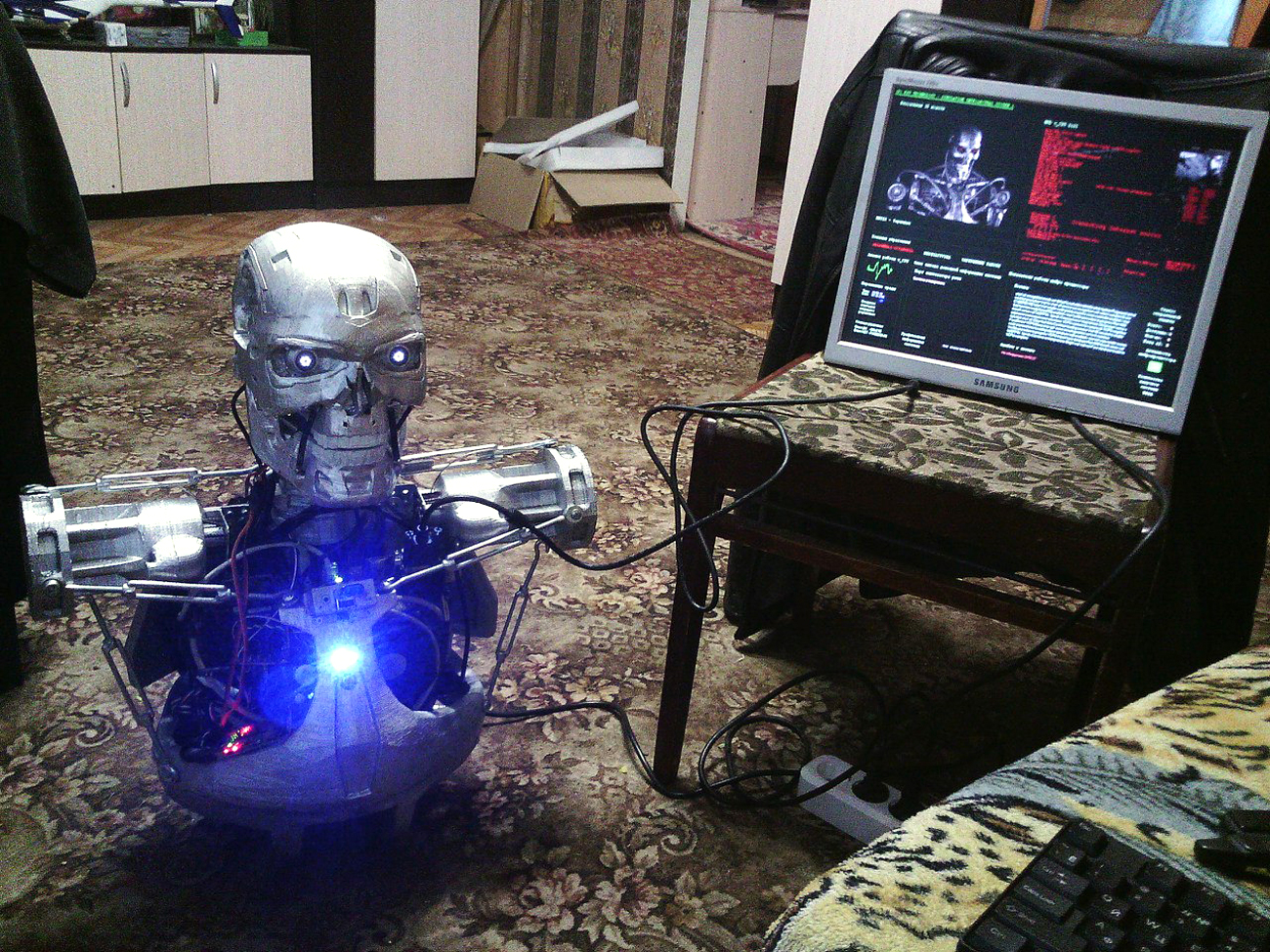 John's information comes from the Universal Encyclopedia, which the robot believes is his knowledge base. Source: Personal archive