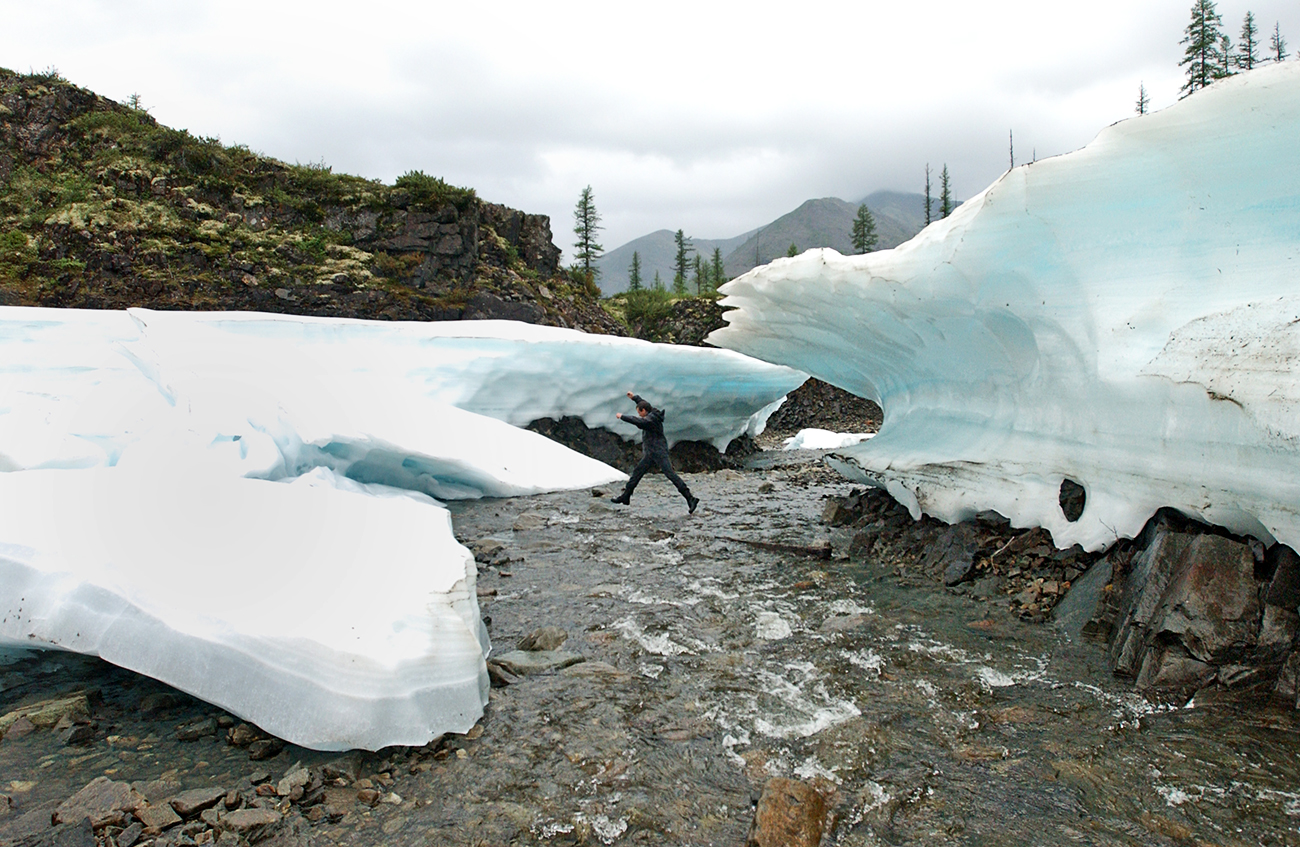 Ingamakit canyon and ice (glacier) in Kalarsky District of the Zabaikalsky Krai, a region in Eastern Siberia between Lake Baikal and the Russian Far East.

Yevgeny Yepanchintsev/TASS
Scientists say that the melting permafrost and the cryosphere’s destruction might lead to massive flooding in the Arctic and Siberian regions of Russia in the next 20 years, as well as foster the resuscitation of dormant pathogens and the destruction of vital infrastructure.

Maria Ananicheva is a glaciologist, but her work’s focus – glaciers - are gradually disappearing all over the world, including Russia, where permafrost covers two-thirds of the country.

Russia’s permafrost zone has about 48,000 miles of roads and railroad tracks, as well as 91 airports, said Svetlana Vorontsova, vice president of the company, Transport Integration. The current climatic warming increases the risk of the destruction of buildings and roads, said the Institute of Global Climate and Ecology.

Glaciers do not react to climate changes right away, Ananicheva said. First, they accumulate heat, and only then is there a visible reaction. In other words, even if mankind manages to curtail the rise in global temperatures, the glaciers’ degradation is likely to continue.

Many Russian glaciers have already retreated to minimum levels. "The rate of accumulation of snow and ice is already less than the rate of melting. The degradation is complete," Ananicheva said.

Another problem is a reduction in fresh water supplies. The melting of mountain glaciers primarily affects river flows. At first, the melting increases water volume, but later when a glacier has nearly entirely degraded, they dry out. For instance, the small glaciers of Russia’s Polar Urals have melted extensively over the past 10 years and people have lost a vital source of fresh water.

In addition, permafrost retains pathogens, including anthrax. An unusually warm summer in 2016 in Yamal led to the first outbreak of anthrax in the region in the past 75 years, with 90 people ending up in the hospital. As the permafrost melts, dormant bacteria and viruses – some of which might be new to humans - will present a growing danger, scientists warn.

Arctic temperatures are rising faster than on the planet as a whole, Ananicheva said. Mountain glaciers in northern Siberia and the Far East are strongly being impacted. They’ve long remained relatively stable, but since the beginning of this century, the changes are evident. 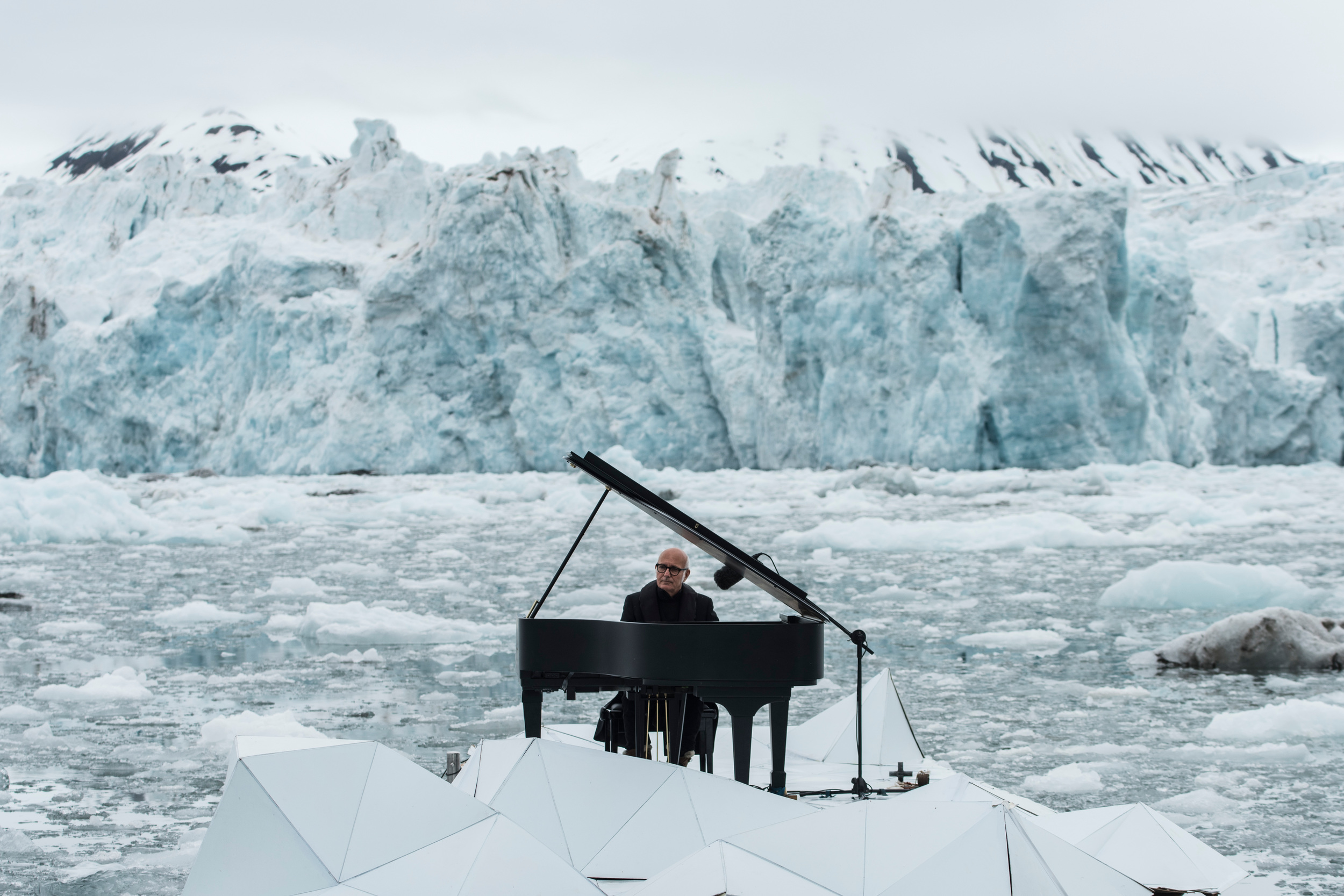 Furthermore, the Arctic is experiencing the large-scale degradation of ice sheets in Greenland, Franz Josef Land, Novaya Zemlya and other islands and territories. In Russia, the rising sea level especially threatens low-lying St. Petersburg on the Gulf of Finland.

Scientists at the Laboratory of Climate Physics and the Environment of the Ural Federal University (UFU) forecast that eight Russian regions are under the risk of flooding, including the Arkhangelsk and Murmansk regions, the Republic of Komi, the Yamal-Nenets Autonomous District, Krasnoyarsk Territory, and the Republic of Sakha-Yakutia.

Konstantin Gribanov, an UFU researcher, believes that flooding caused by climate change may occur in the next 50 years, and the ice sheet of Greenland and Antarctica will also melt, so a part of Europe may be flooded too.

"The Middle Urals are about 200 meters above sea level, so we will stay dry, but the climate will be such that life as we now know it will no longer be possible," Gribanov warned.

The process of melting is not homogeneous. In the Russian Arctic glaciers are retreating, and icebergs on Novaya Zemlya between the Barents Sea and the Kara Sea are breaking away. Ice caps in Severnaya Zemlya are so far stable. On Svalbard, for reasons that are not clear, some glaciers are actually growing. Ananicheva suggested it might be due to the amount of precipitation on the archipelago.

In addition, as Arctic sea ice melts faster, the region is becoming darker and thus, reflects less sunlight. This causes more warming to the planet. Also, permafrost has much carbon locked in it, primarily in the form of methane, a powerful greenhouse gas, which also contributes to warming.

This precipitates a vicious cycle. The more the permafrost melts, the more methane is released into the atmosphere, increasing climate change.