Save the shrimp: Russia helps develop cure for devastating virus 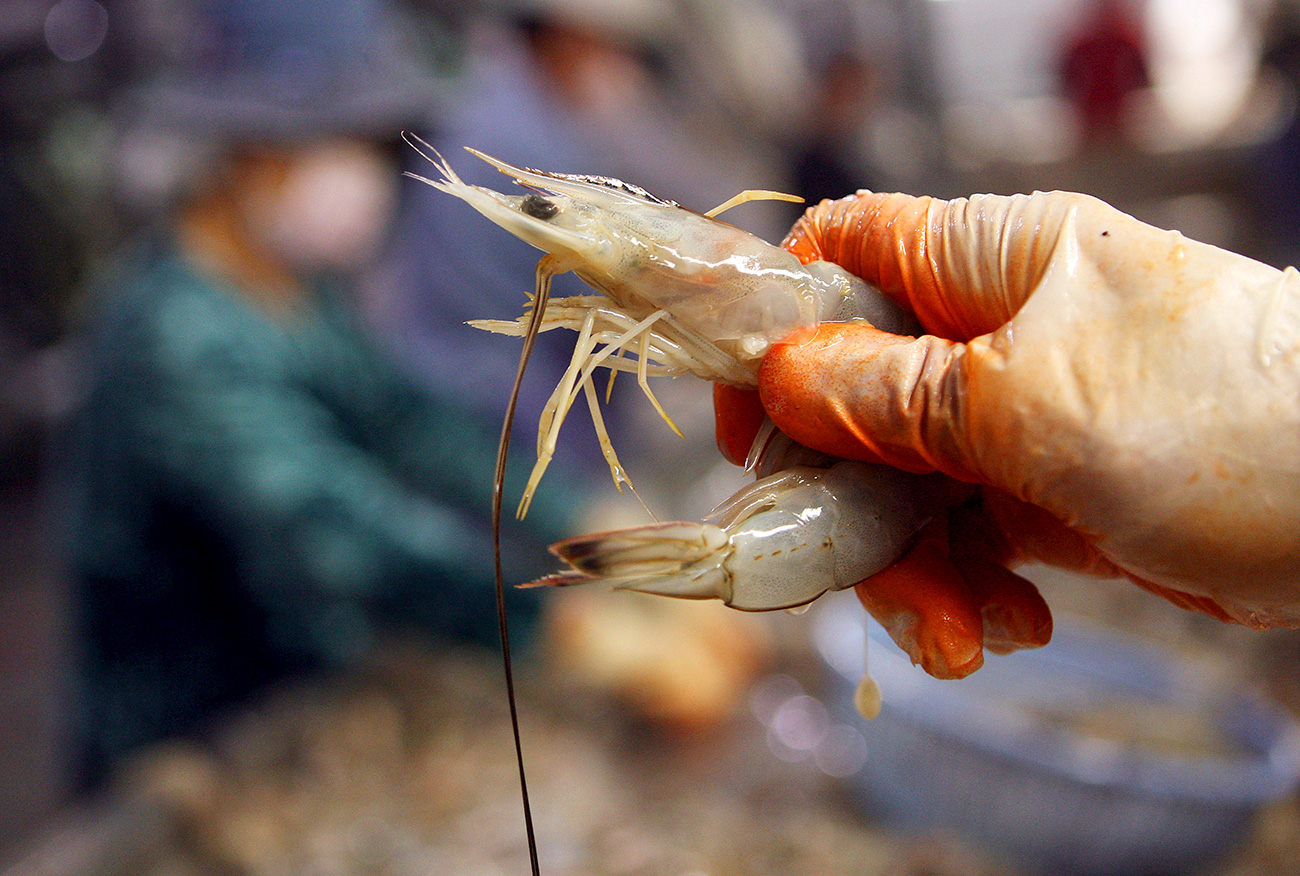 Unlike cures that fight viruses mainly by increasing a creature’s immunity, this innovation kills the virus itself.

Scientists from Russia, Spain and Mexico have developed a compound based on silver nanoparticles that helps save shrimp in Mexico from the deadly white spot syndrome viral infection, reported (in Russian) TASS.

"The study showed that after administering the medical cure, the survival rate of infected shrimps was 80 percent. No one previously researched the impact of silver nanoparticles in aquaculture," said the Tomsk Polytechnic University, one of the compound's developers.

White spot syndrome is one of the most lethal problems facing the shrimp industry, and outbreaks over the past several years have wiped out millions of shrimps. The virus causes white spots on a shrimp’s shell, and the creature soon becomes exhausted and dies. The virus is not transmitted to humans but it causes tremendous losses to shrimp farms.

The antiviral compound was developed by scientists at the Tomsk Polytechnic University, the Nanoscience and Nanotechnology Center of the National Autonomous University of Mexico and the National Institute of Agricultural and Food Research and Technology in Spain.

Unlike cures that fight viruses mainly by increasing a creature’s immunity, this innovation kills the virus itself. At the same time, it's hypoallergenic and has low toxicity when applied in therapeutic doses. Compounds based on it are used to treat people in Russia and abroad.