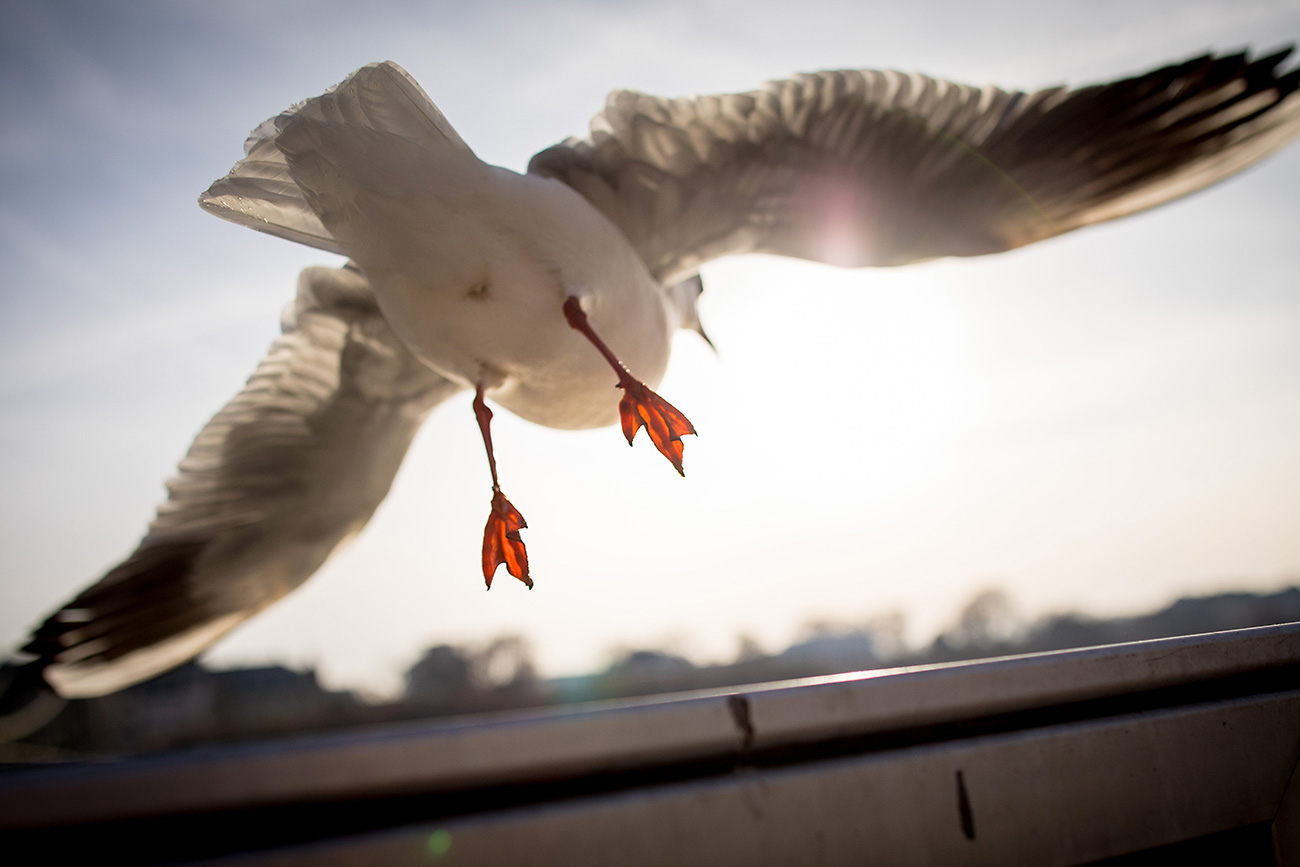 The team of specialists, led by Nikita Zelenkov, found a 1.5 cm long fragment of a large tibia that bears strong resemblance to that of an ichthyornis. The age of the finding, estimated at 94-100 million years.

DPA/Global Look Press
Russian paleontologists have found the fossilised remains of an ichthyornis, a toothed bird found most frequently in North America. It’s the first of its kind to be found in Russia. As a result of their finding, the specialists suggest that the bird enjoyed a wide distribution across the Northern Hemisphere.

Russian paleontologists have reported the discovery of a toothed bird fossil, identified as an ichthyornis, reports Gazeta.ru (in Russian). Most remains of this bird have been found in North America, but these were found in Russia’s Saratov region. This is the first record of this type of bird in the "Old World," the paleontologists’ study says. Their work was published in the academic journal Cretaceous Research.

The team of specialists, led by Nikita Zelenkov, found a 1.5 cm long fragment of a large tibia that bears strong resemblance to that of an ichthyornis. The age of the finding, estimated at 94-100 million years, matches the age of similar remains found in North America. This suggests that the bird likely had a wide geographical distribution across the northern hemisphere. It also suggests  Eurasia was the origin of the ichthyornithidae bird family, the study says.

These birds possessed similar bodies to modern birds and looked like seagulls in external appearance. The structure of their wings show that the birds were able to fly well, while their hind limbs suggest they were water birds. Their teeth were especially crucial features, as they didn’t have the kinetic skull movement that modern birds possess, which allows today’s birds to clench their prey with both jaws.