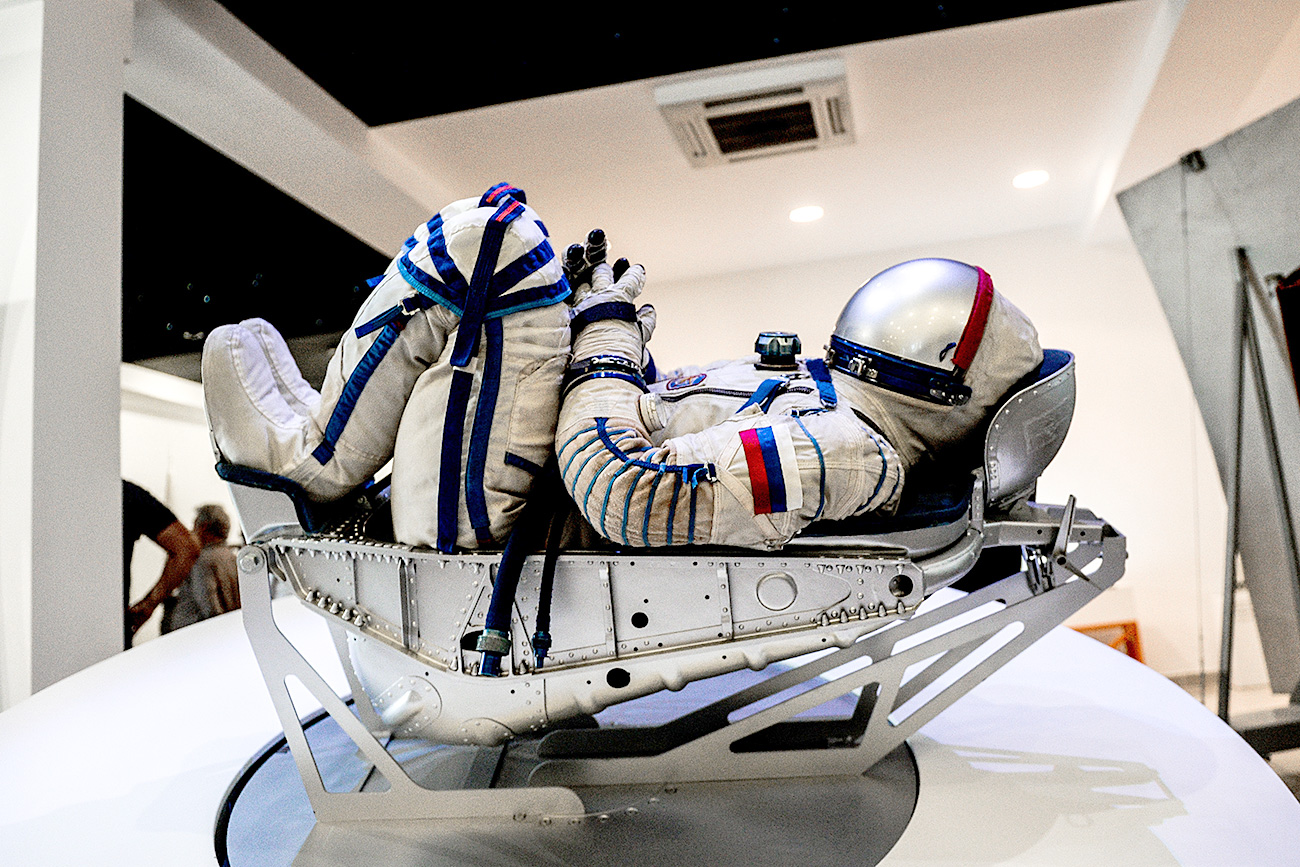 "Dmitry Dewinn, founder of the Thngs platform, believes preserving data about the material world is the key to preserving knowledge."

Konstantin Chalabov/RIA Novosti
Thngs, a new online resource, shows the achievements of Russian science over the last 200 years: the atomic bomb, Popov’s radio receiver, the first space helmets and many other unique things from the collection of the Polytechnic Museum in Moscow are now available to the public around the globe.

Designer and entrepreneur Dmitry Dewinn, founder of the Thngs platform, believes preserving data about the material world is the key to preserving knowledge. “Things are mankind’s physical memory; memory of our past and present,” Dewinn wrote on his website. “But things break, get damaged, and disappear over time. By saving information about a thing, we save the thing itself.”

Each thing has its own page with a description, media, and files that anyone can add and edit. Dewinn says his platform provides possibilities to recreate things - the transformation from digital form back into the physical.

Dewinn said he always wanted to do something important and meaningful, yet fun and beautiful at the same time. His last project, Russia Makes Its Own, preserved hundreds of objects from the collection of Moscow’s Polytechnic Museum, one of the oldest science and technology museums in the world.

“We’ve been working on a wikipedia of things for over two years,” said Dewinn. “We specialize in digital imaging for museums that gives complete information about an object. This is not our first project with the Polytechnic Museum, and a few months ago we featured objects of the Soviet space program.”

Here are just a few scientific achievements, presented on Thngs and handpicked by RBTH. The complete collection is available here.

This electric desktop lamp, developed by Vladimir Chikolev, is an arc lamp with a differential controller that solves the problem of stability of the electric arc. The controller ensures the movement of carbons depending on the amount of current and voltage. 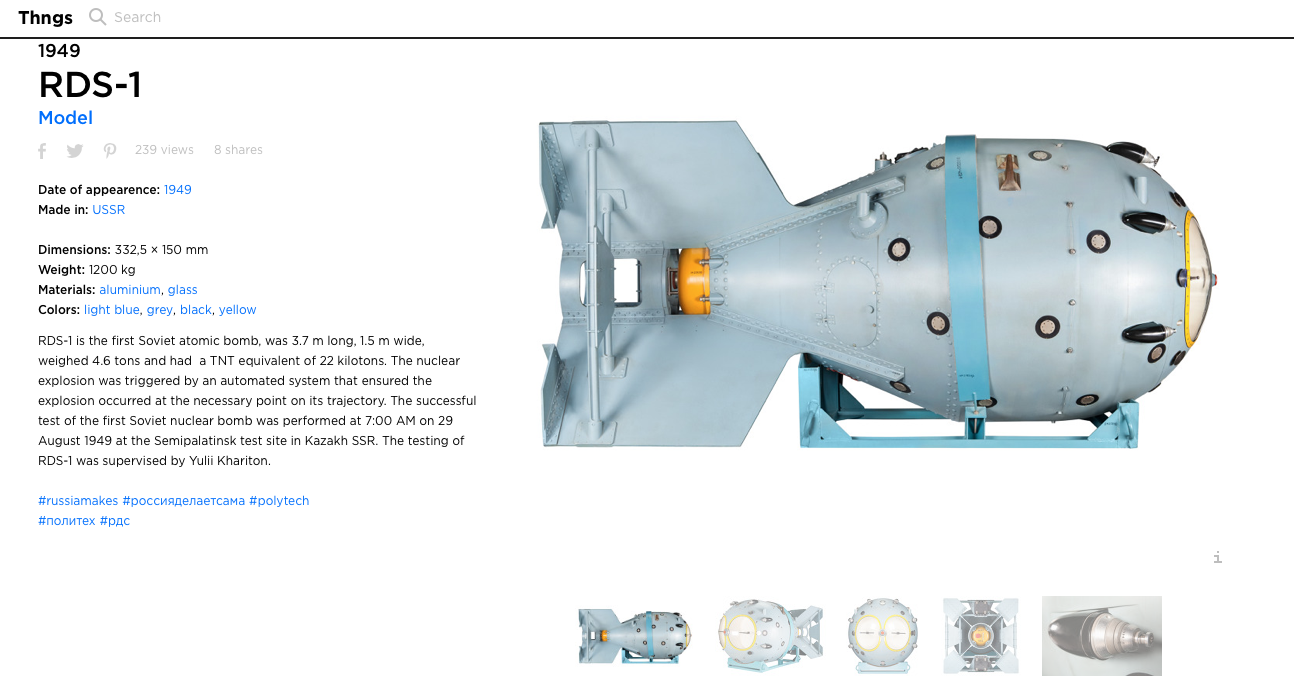 RDS-1, the first Soviet atomic bomb, was 3.7 meters (12 feet) long and weighed 4.6 tones (9,200 pounds). The nuclear explosion was triggered by an automated system that ensured the explosion occurred at the necessary point on its trajectory. The bomb’s successful test was made on August 29, 1949. 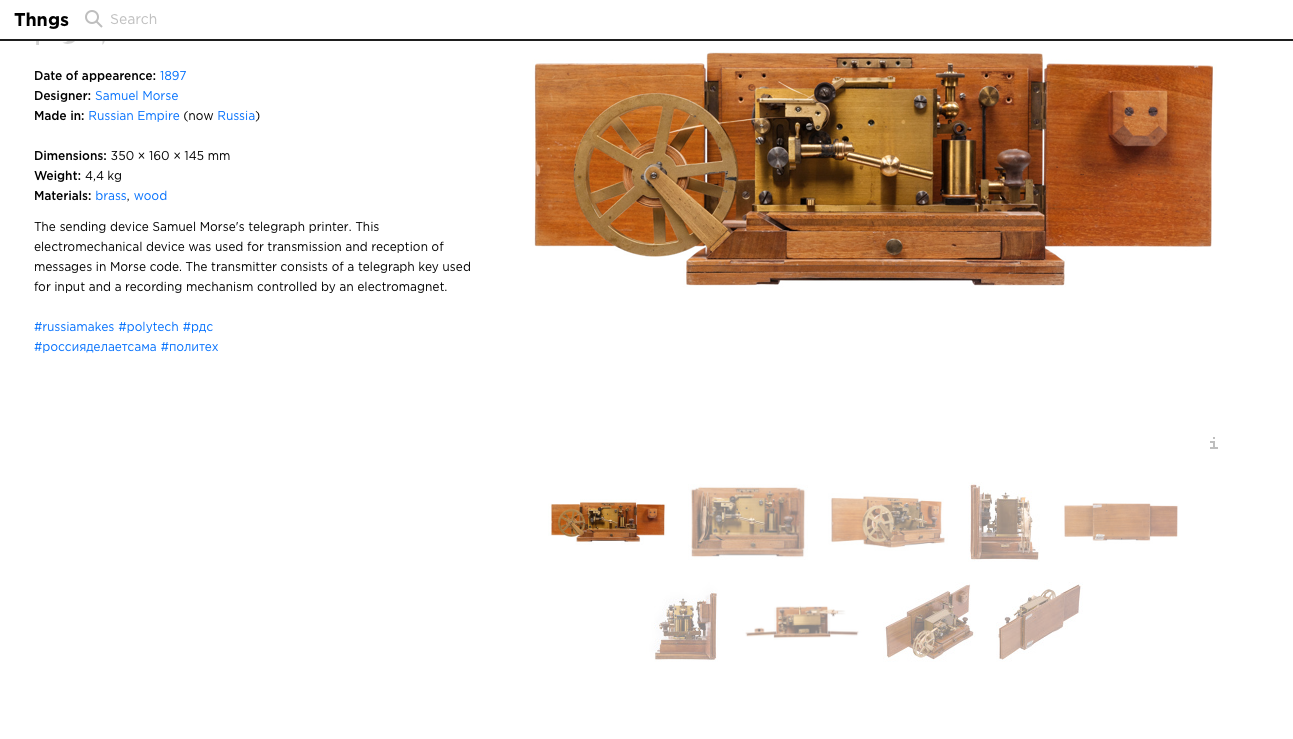 The electromechanical device was used for transmission and reception of messages in Morse code. The transmitter consists of a telegraph key used for input and a recording mechanism controlled by an electromagnet. 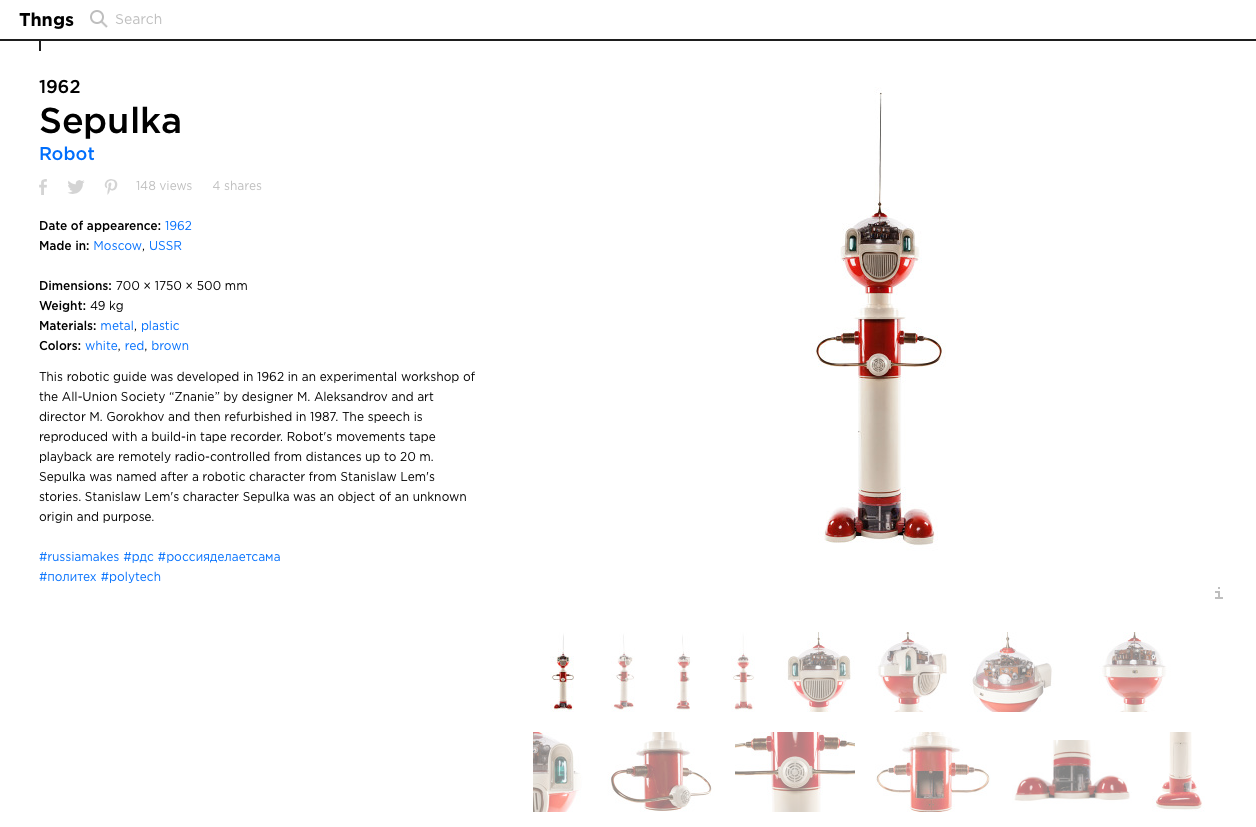 The robotic guide Sepulka was developed at the experimental workshop of the Soviet Znanie (knowledge) society, whose main purpose was to enlighten the masses. A build-in tape recorder reproduces the speech, which is radio-controlled. Sepulka is named after a robotic character from science fiction stories, and features an object of unknown origin and purpose. 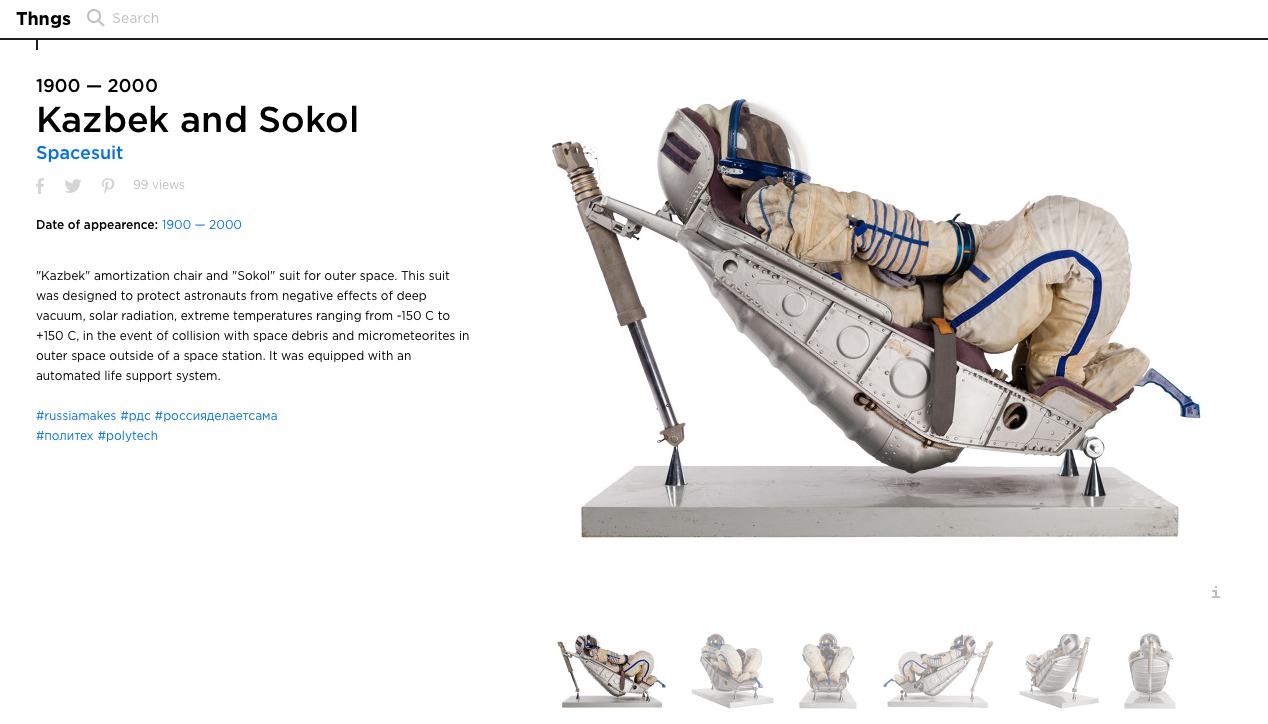 The suit was designed to protect cosmonauts from the negative effects of space’s deep vacuum, solar radiation, extreme temperatures, and with space debris and micrometeorites in the event of collision just outside of a space station. It was equipped with an automated life support system.