Russia to take hard line against drunken behaviour on planes 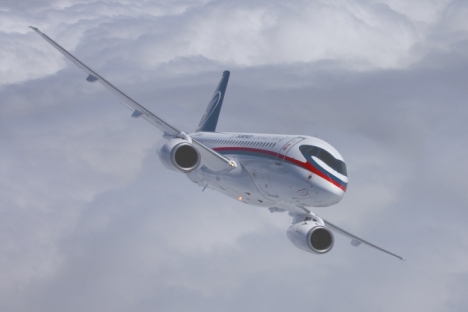 Authorities are frustrated with drunken behaviour on board Russian planes. Source: Press Photo

According to Russia’s airlines watchdog, last year the country saw more than 1,500 incidents with drunken passengers on board. In 26 cases the passengers – all surely out of their right mind at the moment - tried to open the door in the air.

Russia is going to declare a war on drunken passengers, whose rowdy behaviour on board airliners has remained practically unpunished so far. This problem does exist in other countries, too, but bearing in mind some domestic habits (many of Russia’s holidaymakers just cannot imagine flying to a health resort without a good portion of good booze consumed on the way) especially while on vacation, it has acquired really scary dimensions of late.

After several high-profile scandals over drunken debauchers on board planes that occurred over the past few days the State Duma members have come up with an idea of prohibiting passengers from boarding the planes with alcohol bought in duty free stores. In the longer term drunken hooliganism on a plane may incur criminal punishment, up to seven years in jail, because such behaviour on board may be interpreted as action threatening the lives of many people.

The past few weeks saw several cases of hooliganism on the planes of Russian companies. In January criminal proceedings were launched over a flight attendant being beaten up by a passenger of an A-320 plane en route from Moscow to Hurghada. The man who staged the debauch on the Kogalymavia flight was identified as Sergei Kabalov, a businessman from Saratov. He attacked a flight attendant after being asked to put out his cigarette.

Last weekend, inadequate behaviour by a businessman from Podolsk, Vyacheslav Ismailov, forced the crew of an Aeroflot plane to make an emergency landing in Tashkent. The man was returning from Thailand with his wife and child to Belgorod.

According to the Gosavianadzor airlines watchdog, (quoted by the daily Moskovsky Komsomolets) last year Russia saw more than 1,500 incidents with drunken passengers on board. In 26 cases the passengers – all surely out of their right mind at the moment - tried to open the door in the air.

The latest incidents prompted State Duma members to recall the Transport Ministry’s initiative of six months ago. The proposal was alcohol bought in duty free stores could not be taken on board. The purchase was to be either handed in together with the luggage and received back after the landing, and not taken on board. The idea was rejected. Passengers are still allowed to take alcohol bought in duty free stores on board in sealed bags.

At the moment there is very little that can be done about drunk passengers. If a person does not attack anybody, but is just yelling using strong language and saying he wants to get off the plane, he may be fined a laughable 1,500 roubles (an equivalent of 50 dollars. There are no police on board, and the stewards have no right to use physical force against debauchers until they begin to attack other people.

The first deputy chairman of the State Duma’s transport committee, Vitaly Yefimov, is quoted by the RBC daily as saying the rules of behaviour on board aircraft will be tightened along several lines. Firstly, the legislators are considering in what way taking alcohol on board may be prohibited. Possibly, they say, passengers may be asked to hand in the bottles bought in duty free stores to the flight attendants. The most resourceful passengers, who manage to smuggle in and then open strong alcohol on board may brace for a fine of up to 200,000 roubles.

Another measure might expand the powers of the crew. One legislator suggests giving serious thought to the possibility each flight may be escorted by a trained commando, capable of dealing even with the most exuberant passengers.

Russia’s air carriers are unanimous – there should be a variety of measures against heavy drinkers on board. One of the largest of the country’s airliners – Transaero – is for tightening the passengers’ responsibility for behaviour on board, the head of Transaero’s press-service, Sergei Bykhal, told the Ekho Moskvy radio station. He agrees with the idea alcohol from the duty free area should be transported separately from the passengers.

As the chief of the analytical service of the agency Aviaport, Oleg Panteleyev, has said, the air carriers’ personnel should be empowered to use force and special gear against hooligans on board.

Panteleyev recalled that in other countries the personnel of airliners are rather limited in their powers, too. Quite often it is up to the passengers to call hooligans to order.

The largest air carrier, Aeroflot, has proposed creating a “black list” of those found responsible for hooliganism on board that would be available to all airlines. Aeroflot already has its own black list of such passengers, the company’s general director, Vitaly Savelyev, has written down in Twitter.

“We have a certain “black list” of 1821 names. But we cannot refuse to provide services to them, because there are no legal grounds for that,” the company’s CEO complains in the microblog. “The air code prohibits air carriers from introducing black lists. In the meantime, the most effective way is banning hooligans from boarding a plane,” Savelyev said. In his opinion, it might be possible to set the maximum duration of presence on the black list (from three to five years.

“Also, rowdyism on board may begin to be qualified not as an administrative offence, but as a criminal one,” Savelyev believes.

He also remarked that Aeroflot is against a ban on duty free sales of alcohol, because “it is not only those who drunk who can misbehave.”

Saveliev said that last year alone there were 490 incidents on board Aeroflot planes involving passengers who violated the code of conduct on board.