Electric jet engines on the horizon in aviation 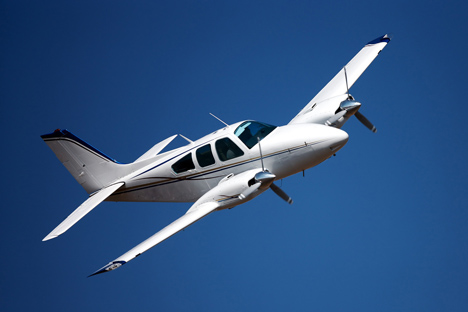 Russia hopes to create electric aircraft to further the development of its aviation industries. Source: PhotoXPress

The concept of a plane powered entirely by electricity is considered one of the most promising lines of development in modern aircraft manufacturing. In the Russian aviation industry, the development of “totally electric aircraft” is a high priority task for the future.

Prospects for the creation of electric aircraft are opening new horizons for the development of both the civil and military aviation industries. The totally electric aircraft is one of the most promising directions for aircraft assembly; the new aircraft is designed to be equipped with a centralized power supply system that will meet all of the plane’s energy needs.

In Russia, this kind of aircraft is being developed by the company Aviatsionnoe Oborudovannie (Avia-Equipment), which has already presented its most recent electric and hydrostatic engines. Compared to motors using other kinds of energy, these increase the efficiency of the plane’s electrical power unit by 10–15 percent, and they boost the reliability and performance of both the power system and the entire machine.

“The preliminary result is the fusion of two areas — hydraulics and electrical engineering. The cooperation and joint efforts of companies working in related fields will lead us to our objective,” says Alexander Levin, research and development director of the company’s Yakor design bureau.

Fully electric aircraft will use electricity to feed the systems that consume the most energy, which have traditionally used hydraulic and pneumatic energy. These systems include: the controls for aerodynamic surfaces and landing gears, the takeoff and landing controls, the air conditioning, the anti-icing system and the engine-starting system.

Since Soviet times, the Central Aerohydrodynamics Institute has been the main Russian research facility working on totally electric aircraft. The institute has developed principles for building groups of electric and hydrostatic engines with combined throttling-and-displacement regulation.

The results will be incorporated into the MS-21 prospective long-haul aircraft. The on-board systems of the MS-21 will have a high degree of electrification, which will require powerful electrical power units to be installed. Due to significant increase in the capacity of the power units, it is vital that an adequate type of electric power generated by primary sources be chosen.

Still, there is a long way to go before the first totally electric aircraft is built. In the meantime, Samara-based Aviaagregat is working on an electric aircraft chassis motor as part of the project to create “more-electric” aircraft, which will make airfield maneuvers cheaper, more environmentally friendly and virtually noiseless.

“In addition, we are raising funds for the More-Electric Aircraft program, and there is the Electric Wheel Drive subprogram. We have financing, and development is underway,” Kuzyuk says.

A new approach is being developed as part of the project. When taxiing on an airfield, the aircraft will use special electric motors on the wheels, rather than standard jet engines or propeller turbines, and so on. The introduction of electric engines will reduce the noise level and cut fuel consumption.

“It is a breakthrough technology… I hope that this project will result in a new product and new orders for the company,” Kuzyuk says.