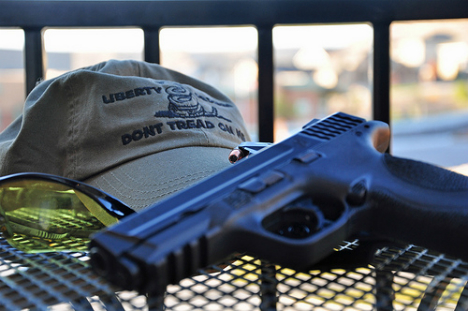 The FSB initiative seems to be an attempt to revive the Soviet custom of posting its secret police to the intelligence agencies of Eastern Europe. Source: Flickr/Eric Holmes

Security agents will be dispatched overseas to work with local intelligence agencies in an effort to combat international crime.

The Federal Security Service will be given a detachment of agents to be assigned to permanent duty in foreign states. Their task will not be to protect Russian diplomats from spies but to work with local intelligence agencies in the “struggle against international crime.”

According to the explanatory memorandum to the bill that President Vladimir Putin has submitted to the State Duma, FSB operatives are now being dispatched to foreign states for up to six months “to provide advice and guidance to their intelligence and law enforcement agencies in conducting operational, search and other special activities.” For the time being, those detachments will be sent only to Abkhazia, South Ossetia and Kyrgyzstan. The goal is to give them the opportunity to serve as permanent advisers. According to the memorandum, a group of 15 agents will be sent to each of the three countries, although the FSB would like to expand the list of states “in need of its help.”

In 2007, a presidential decree granted the Interior Ministry the right to include 41 of its representatives in Russia's diplomatic missions abroad. In 2009, it was decided that such officials would serve for three years at a time with the possibility of extending their stay by an additional year. At present, however, only about 10 interior officials are posted abroad. What's more, only one is assigned per country as compared to the 15 FSB agents designated for each host state.

But the FSB initiative differs fundamentally from the practice of the Interior Ministry and seems to be an attempt to revive the Soviet custom of posting its secret police to the intelligence agencies of Eastern Europe. These advisers were sent to friendly countries from 1949 through 1991. The advisers could number up to several dozen people. Apparently, the FSB officers are also providing “practical advice” to the intelligence agencies of Abkhazia, South Ossetia and Kyrgyzstan.

It is also obvious that the FSB contingents in those countries are charged with preserving the ruling regimes and not with fighting, for example, terrorism and the international trafficking of drugs and illicit arms. It is also obvious that FSB officers stationed in Sukhumi, Tskhinvali and Osh will have a better chance of achieving their goals if they will serve at their posts for several years rather than rotating the staff every six months.

It might initially seem surprising that the Kremlin sees the FSB in that role rather than the Foreign Intelligence Service. But back in the mid-2000s, the FSB was given its own intelligence agencies for working in the former Soviet republics, and so the decision is wholly in keeping with that logic.

It is widely known that the FSB performed much worse than the Investigative Committee during the peak of the 2011-12 protests. Putin complained that the FSB was not providing enough information about opposition forces and changes in the political situation.

When this happens, the FSB usually counters by complaining that its powers are too limited and requests broader authority. Not surprising, a new law broadening the definition of treason was signed by Putin last year in what many view as a nod to the FSB. The law also made it much easier for the FSB to conduct surveillance and wiretapping.

The current initiative to send permanent detachments of security officers to help the intelligence services of friendly regimes apparently falls under the same category. Apparently, it is better to let the FSB fight hostile forces in distant lands than in Russia.

Andrei Soldatov is an intelligence analyst at Agentura.ru and co-author of "The New Nobility: The Restoration of Russia's Security State and the Enduring Legacy of the KGB.”