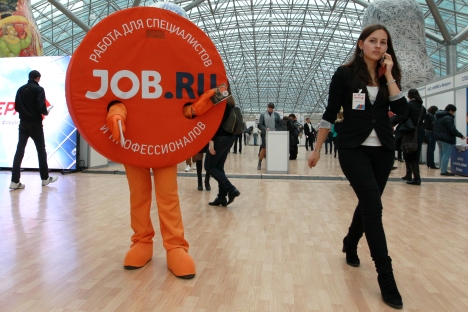 The Russian Ministry of Education will monitor the effectiveness of universities by calculating the number of out-of-work graduates applying for positions at job centers to identify universities that are producing the most unemployed graduates.

The Russian Ministry of Education has developed new criteria for monitoring the effectiveness of universities. Starting this year, the ministry will calculate the number of out-of-work graduates applying for positions at job centers, in order to identify universities that are producing the most unemployed graduates. Experts take issue with this logic.

“We are going to assess the relationship between the education system and the job market,” Deputy Minister Alexander Klimov told Kommersant. “We will factor in the number of graduates who apply to job centers.”

According to Klimov, about six percent of recent graduates register with job centers immediately upon graduation.

“It turns out that a degree is not enough for them to find a job — not even in their area of specialization,” he says. “There are occupations that show a high proportion of unemployed graduates. Lawyers and economists top the list."

According to the Federal Service for Labor and Employment, about 34,000 university graduates registered with local job centers in 2012. Lawyers and finance managers are the two largest professional groups seeking jobs. The service’s head, Yury Gertsiy, admitted that no more than  one-third of those who registered managed to find jobs.

Olga Kashirina, general secretary of the Russian Union of Rectors, told Kommersant that the method suggested by the Ministry of Education and Science seems too simple.

“They should be using dynamic criteria to show achievements, but the ministry suggests assessing the worst-case scenario — that is, the people who failed to find jobs,” she says.

Alternatively, Kashirina suggests making use of the data reported by the Federal Tax Service.

“We can correlate a person’s income tax with the revenues of the company that employs that individual,” she says. “Then we’ll have an idea of the contribution the graduate makes to the development of the company or the public sector. This will show the dynamics of growth.”

“I don’t really like the idea of using job center reports, because the assessment of educational achievements will be distorted,” says Andrei Korovkin, head of the laboratory for forecasting labor resources at the Economic Forecast Institute of the Russian Academy of Sciences. “Employment centers do not account for the majority of job placements, especially when it comes to young specialists.”

The rector of Moscow’s Higher School of Economics, Yaroslav Kuzminov, suggests calculating and publishing the average income of graduates, in order to assess the effectiveness of educational establishments.

“We need to understand how effective universities really are,” says Kuzminov. “We should measure graduates’ incomes over the last five years, like they do in many countries.”