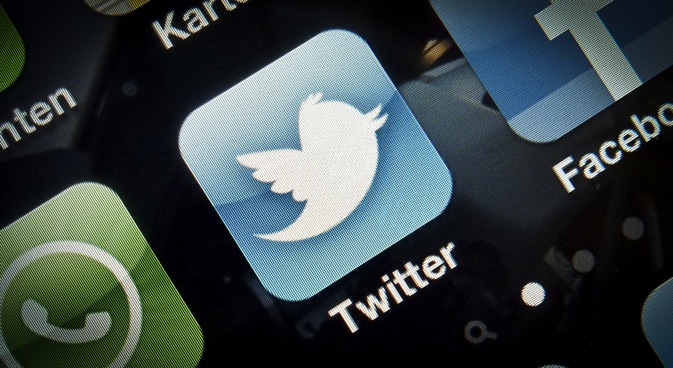 Twitter has agreed to cooperate with Roskomnadzor. Source: AP

In an attempt to prevent the encouragement of suicide or the use of illegal drugs, the Russian Federal Service for Supervision in the Sphere of Telecom, Information Technologies and Mass Communications or Roskomnadzor has decided to block users of the micro-blogging site Twitter who post “unlawful content.”  Twitter has agreed to cooperate with Roskomnadzor.

Twitter has already blocked posts, which are classified as “propaganda of suicidal sentiments,” and those “disseminating information” about or advertising illegal drugs. The micro-blogging site has deactivated accounts of users who advertise narcotics.

Roskomnadzor said Twitter’s position is “constructive” and was satisfied that site agreed to cooperate with the authorities. Twitter’s actions help eliminate unlawful content during a timeframe that suits Russia, Roskomnadzor said in a statement on its website on Friday.

Under the current legislation, owners of websites and hosting providers must remove information containing child pornography, promoting suicide or displaying ways to make and use drugs. If such information is detected, the sites containing it are included on the so-called black list, a unified register introduced in November 2012. Roskomnadzor sends relevant notices to the resource owner and hosting provider.

Roskomnadzor sends individual notices to Russia’s biggest social networks as well, spokespersons for VKontakte and Odnoklassniki told RBC Daily. “We must comply within 24 hours of receiving the notices. The deleted content is marked ‘blocked on demand of Roskomnadzor’ and may apply to communities, videos or profiles”, says VKontakte spokesman Georgy Lobushkin.

Roskomnadzor has been in talks with Twitter since the first links to illegal content were included on the unified register. The post that received the most attention is Sultan Suleimanov’s (@sult) tweet: “Friends, commit suicide, it’s fun. I tried, and I loved it, I will do it again tomorrow,” which appeared on October 31, 2012, before the black list was launched. The tweet has been blocked, but it is still accessible from Google cache. Sultan claims that the notice of his tweet being blocked was received on March 12, 2013.

Communications providers are supposed to block access to the entire website located at an IP address if the owner fails to delete illegal content within three days of receiving a Roskomnadzor notice. Alexei Lukatsky, information security advisor at Cisco, notes that the law on black lists was originally designed for IP filtration: “Given the dynamic generation of page addresses in, say, Facebook, it makes no sense to include some url-addresses on the black list. Also, blocking url-addresses is more expensive for operators than IP filtration.”