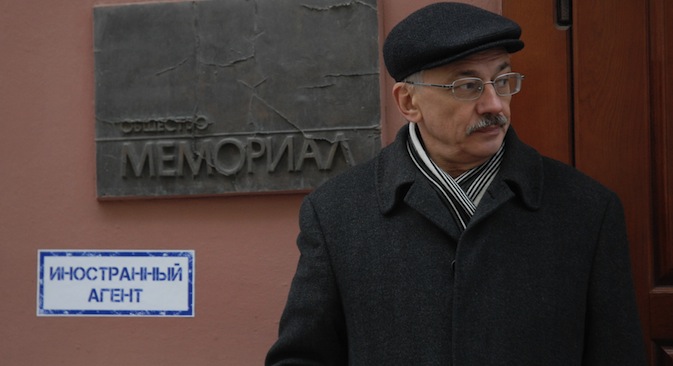 Alexander Cherkasov, the head of the human rights center Memorial standing near his office as law enforcement officials are searching for documents pertaining to all of the center's activities. Source: RIA Novosti

Inspections of Russia-based, German foundations as part of a blanket audit of NGOs have triggered a strong reaction from Germany and the EU. Meanwhile, Russia rejects accusations that it is violating its international obligations.

Inspections of Russia-based, German foundations as part of a blanket audit of NGOs have triggered a strong reaction from Germany and the EU. German experts say this threatens relations between Moscow and Berlin, and the subject will likely be discussed at the April 7 meeting between Russian President Vladimir Putin and Germany’s Chancellor Angela Merkel.

As part of a massive inspection of nongovernmental organizations, Russian prosecutors paid visits to two German entities at once. In Moscow, they expressed interest in the activities of the Friedrich-Ebert-Stiftung (a foundation supported by Germany’s Social-Democratic Party), and, in St. Petersburg, they raided a branch office of the Konrad-Adenauer-Stiftung (supported by the Christian-Democratic Union).

“Prosecutors requested our financial documents to make sure that the money allocated by the embassy is used in compliance with the Charter of the Alliance, which doesn’t engage in political activity,” Le Figaro quoted AF-Samara Director Eric Antoine as saying.

The Prosecutor General’s Office initiated massive NGO inspections at the end of February. As of March 27, ninety NGOs had been reportedly inspected in 24 Russian regions. However, according to Pavel Chikov, head of the Agora organization that monitors prosecutors’ inspections, at least 2,000 NGOs might have been raided.

Established international human-rights organizations (Amnesty International and the Norwegian Helsinki Committee), as well as European officials, have already condemned the mass inspections. The EU High Representative for Foreign Affairs, Catherine Ashton, stated that, “the inspections and searches launched against the Russian NGO community … are worrisome.”

Germany – one of the EU’s countries most friendly toward Russia – also reacted strongly to the actions of Russian law-enforcement agencies. The envoy at the Russian Embassy in Berlin, Oleg Krasnitsky, was called to the German Foreign Ministry for talks.

According to the German magazine Der Spiegel, the diplomat was advised of “a concern over unfriendly actions toward many German nongovernmental organizations, including German foundations.”

German Foreign Minister Guido Westerwelle warned the Russian diplomat that, “hindering the activities of the foundations could cause long-term harm to bilateral relations.”

The new irritant has appeared in bilateral relations at quite a sensitive moment for both Moscow and Berlin, as Russian President Vladimir Putin is scheduled to arrive in Germany on an official visit on April 7.

Managers of Russian branches of the German foundations are in no doubt that Chancellor Angela Merkel will raise the subject of NGO inspections with her Russian colleague. 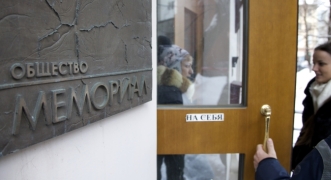 What is more, influential German politicians are not ruling out the possibility that the reaction will not be limited to mere criticism.

“I, for one, believe that, in this situation, it’s very difficult to negotiate liberalization of the visa regime for Russian service passport holders,” chairman of the Bundestag’s Foreign Affairs Committee, Ruprecht Polenz, told Deutsche Welle.

Germany – a key country that had for almost two years resisted introduction of visa-free travel for service passport holders as part of an agreement to liberalize visa formalities for a number of categories of traveler – reversed its position in the beginning of March.

The Russian Foreign Ministry’s human rights representative, Konstantin Dolgov, said yesterday that, “as far as unsubstantiated criticisms of the amendments to the Russian law on NGOs are concerned, these have been adopted in consideration of relevant international practice.”

“We reject unfounded accusations that Russia is violating its international obligations in the sphere of human rights. Yet we are always ready for substantial, professional and mutually respectful dialog,” Dolgov said.

According to political analyst Alexander Kynev, the inspections could result in long-term consequences for Russia’s relations with its European partners: “These inspections are tainting Russia’s image first of all.”