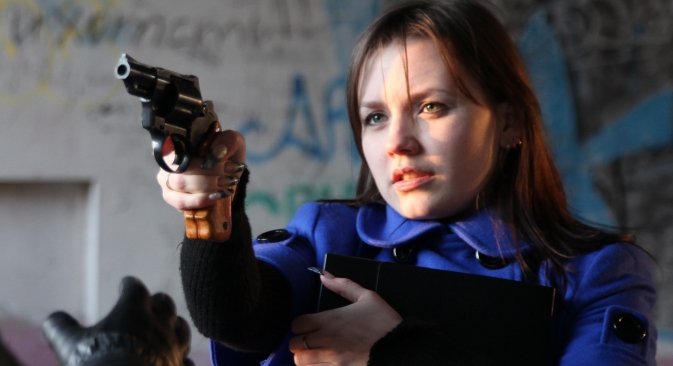 According to public opinion polls, 74 percent of Russians oppose the right to bear arms. Source: ITAR-TASS

Opinion polls show that an overwhelming majority of Russians are against handgun ownership.

Although gun violence is fairly rare in Russia, most Russians believe that ordinary citizens should not be allowed to own and carry handguns.

Nevertheless, Zircon experts note that a shift in favor of legalizing firearms – albeit a slight one – has occurred over the past few years. The share of respondents who support the free sale of firearms has risen from 14 percent to 22 percent since 2010. Sociologists attribute this change to lobbying by gun activists who advocate firearms as a means of self-defense.

While Russian law prohibits civilians from owning handguns, any Russian 18 years old or older can purchase long-barrel, smoothbore firearms or a traumatic weapon (a non-lethal weapon that fires rubber bullets). According to data from the Interior Ministry data, around five million Russians own a firearm of some sort. However, any changes to the legal status of guns in Russia is likely to involve increasing restrictions rather than any loosening of regulations.

Russian citizens over the age of 18 can legally purchase several categories of weapons including long-barrel, smoothbore firearms, traumatic (non-lethal) weapons, and guns for hunting after obtaining a license from their local Ministry of Internal Affairs division. Law enforcement agencies purchase firearms themselves and issue them to their officers for a given period of time. Russian police can’t say how many firearms are circulating in the black market. However, according to official data, tens of thousands of various illegal firearms are confiscated annually. The illegal purchase, transfer or sale of firearms is punishable by between three and four years in prison under Russia’s Criminal Code.

After a bloody drama last fall in which a legal counsel for a Moscow firm shot and killed six of his co-workers in an office building, the government made noise about tightening regulations on gun ownership.

And when the Liberal-Democratic Party of Russia recently put forward an initiative to allow citizens to use certain types of handguns for self-defense, the official comment on the bill said: “A free circulation of short-barrel, threaded firearms would have a negative effect on public safety in the country.”

“Our citizens own tens of millions of units of firearms and traumatic weapons. And hotheads often start using them out of boredom,” Zhuravlev said.

But other public figures across the political spectrum support the right to own handguns. “Owning a gun does not mean that a person will use it, it means that criminals won’t know who has a gun, and will be wary of approaching people,” said lawyer Mikhail Barschevsky.

According to sociologists, Russians who report being victims of crime were twice as likely to support the legalization of handguns and almost two-and-a-half times as likely to purchase firearms as those who have not personally experienced criminal behavior.