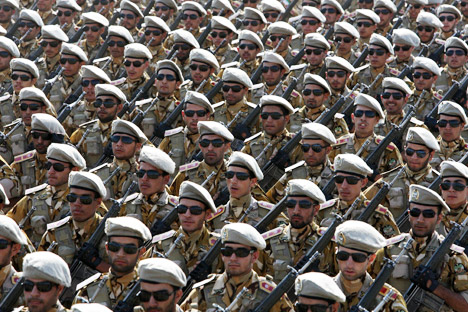 Russian researchers warn that a new world war might break out in the next 10 years. They proceed from the theory of economic cycles and their impact on the level of military aggression in the world. The origin of the next world war’s breakout is expected to be in the Far East, the Middle East or the post-Soviet space.

The next world war might begin in the next 10 years, but it is impossible to say whether it will be a “cold” or a “shooting” war, says Sergei Malkov, a professor of Moscow State University and member of the independent Academy of Military Studies think tank.

“During the next 10 years we will see great political and technological instability,” Malkov told a meeting of the working group on personnel training for the defense industry complex under the Council for Science and Education, Interfax reports.

The academic cited the theory of economic cycles developed by the Soviet economist Nikolai Kondratyev. According to the theory, the world economy develops in cycles. Every “Kondratyev cycle” (also referred to as a “Kondratyev wave”) lasts between 40 and 60 years. Cycles change due to technical and scientific revolutions.

Each wave consists of two phases: the rising phase, when economic growth is fast, and the downward phase, marked by low growth rates.

Malkov stated that Moscow State University experts have analyzed economic cycles and the level of military aggression in the world over the last 200 years and have concluded that world wars and economic cycles are synchronized.

“What situation are we in today? The end of the fifth Kondratyev wave and the transition to the sixth technological system,” said Malkov. “We are looking at a fourth world war, which might break out in the next 10 years.”

Viktor Kovalyov, academic secretary of a section at the Academy of Military Sciences, doctoral candidate in the technical sciences and deputy editor-in-chief of the Strategicheskaya Stabilnost(Strategic Stability) journal, echoed his colleague’s words: “Malkov mentioned certain patterns. Today, we see a largely simultaneous end of the big Kondratyev cycle, the Zhuglyar cycle and the Kuznets cycle. Retrospective analysis of world history shows that a major war is very probable at such moments. It is a time of great political instability. The world is poised for major changes.”

In his opinion, the exit from the 2008-2010 global crisis is unlikely to result in stable growth. On the contrary, a new world economic crisis, which is likely in the near future, might “lead to significant social and political destabilization, social upheaval and military conflict.”

“In the 2014-2025 period, major geo-political and geo-economic shifts are probable – analogous to those that occurred in 1937-1955) – which will pave the way for the global spread of new, breakthrough technologies,” said Kovalyov.

The deputy editor-in-chief notes that this does not mean the next 10 years will see the use of armadas of planes and cruise missiles and nuclear bombs.

“The war may be waged in other spheres, such as the mental sphere, with unlimited use of alternative means, including provocation of terrorist activities on enemy territory. But this is no less destructive for all that,” Vzglyad newspaperquoted Kovalyov as saying.

Asked in what part of the planet a new world conflict might originate, Kovalyov replied: “The likely regions of conflict are the Far East, the Middle East, the post-Soviet space – above all the Caucasus, Ukraine and some countries of Central Asia – Pakistan and India.”

The expert does not believe that North Korea will trigger a new world war.

“Korea will not be the first to do anything. It is a very peaceful country,” said Kovalyov.

The article is based on materials provided by Interfax and Vzglyad.