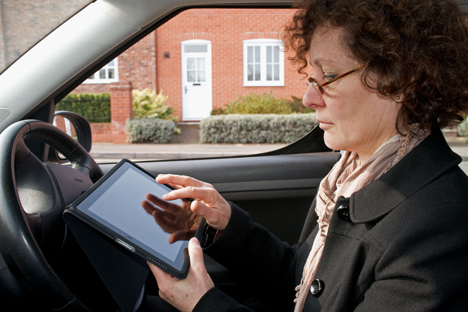 Most of business correspondence in Russia is done by email. Source: Alamy / Legion Media

Business correspondence in Russia – 90 percent of which is done via email – significantly differs from its Western counterpart at times. Don't rush to switch to informal "you," and learn to read between the lines.

When Tanya Brahmann, a German manager of a major international company in the field of business communications, suggested that she and a Russian colleague switch to informal "you" ("ty" in Russian, or "thou" in older versions of English), her innocent request was unexpectedly refused.

This was her baptism by fire in the art of Russian business etiquette, which sometimes differs radically from the Western code of conduct.

How to begin a letter

In business correspondence, it is customary to address Russian nationals by their first name and patronymic. To up the politeness, the word "uvazhaemy" ("uvazhaemaya" for a woman) can be added, which literally means "respected." Hence, a salutation such as "Uvazhaemy Ivan Nikolaevich" (in Cyrillic, obviously) would be considered good form.

How to say “I’m sorry” in Russian

The use of "gospodin" and "gospozha" ("Mr.," "Mrs.," and "Ms.") in combination with the addressee's surname is also becoming widespread: "Uvazhaemy gospodin Nikolaev."

"If you write to a colleague from another department or to a superior, it's better not to forget the patronymic," says U.S. citizen Jesse Loeb, who currently lives in Moscow.

When it comes to the pronoun "you" (lowercase) or "You" (with a capital letter), attention to detail is required. In Russia, "you" is customary when addressing more than one person, whereas "You" is a courteous address to a particular individual.

Recently, however, many Russians – especially in the "creative professions" – have begun to turn their noses up at "You," considering it to be overly formal.

"I can't stand it when someone addresses me as ‘You’ in a message. Secretaries are especially guilty. It's so pompous! Lowercase ‘you’ is already polite enough," journalist Olga Frolova told RBTH.

"This rule drives me crazy," says Loeb. "Lowercase or capital letter – I still rack my brains over it sometimes. In English, the difference is always perfectly clear, and, in informal correspondence, caps are often ignored completely."

Therefore, experts advise: Write "You" to begin with. If the reply contains "you" instead of "You," switch to lowercase in further correspondence with the recipient.

Meanwhile, the transition to informal "you" ("ty") is a more tortuous process than in Western languages. Foreigners attribute this to the strong hierarchical traditions that prevail in Russian business etiquette.

"In Germany, everything is less formal," says Brahmann. "If the boss addresses you informally [‘du’ in German], you should reply in kind, whereas, in Russia, the form of address still reflects the company hierarchy and the balance of power."

However, in some Russian companies, informal communication between employees and superiors can be regarded as a recognition of merit or formal inclusion as "one of the team."

When in Russia... read between the lines

Ivailo Getsov of Bulgaria works as the transport director of a large logistics company. He often wonders why his Russian colleagues are so fond of florid phrases and tend to neglect specifics. "They get to the heart of the matter only when something needs to be signed," he told RBTH in an interview.

In the words of Sergey Kuzin, a business coach at Oratoriki and an international expert in the field of business communication, such mannerisms are due to cultural peculiarities.

Whereas Westerners generally prefer a "low" context, in which content plays the leading role, Russians favor a "high" context, where phrasing takes on added significance and much is read between the lines.

"From my observations, foreigners get the hang of it within 2-3 years of working in Russia," says Kuzin.

How to conclude an email

The most common phrases for ending an email in Russian are: "S uvazheniem" (Best regards), "S nailuchshimi pozhelaniyami" (Best wishes) and "Iskrennye Vash" (Sincerely Yours).

Some also employ the ironic "Shyu poklon" ("My compliments"), "Klanyayus" ("Your humble servant"), or "Tseluyu Vashi ruchki" ("I kiss your hand").

"In my experience, only elderly people or workers in the creative professions sign off in such a manner. In the first case, old-fashioned expressions impart sentimental value to an email, and, in the second, originality," says Frolova.

However, such phrases do not suit everyone. In the financial sector, for instance, they are taboo, asserts Jesse Loeb.

Judith Kallos, an expert on web etiquette and the creator of NetManners.com, agrees that they should be avoided: "In business, you are trying to come across as an educated person, a professional. Using slang or inappropriate and obtrusive expressions will create the opposite effect."