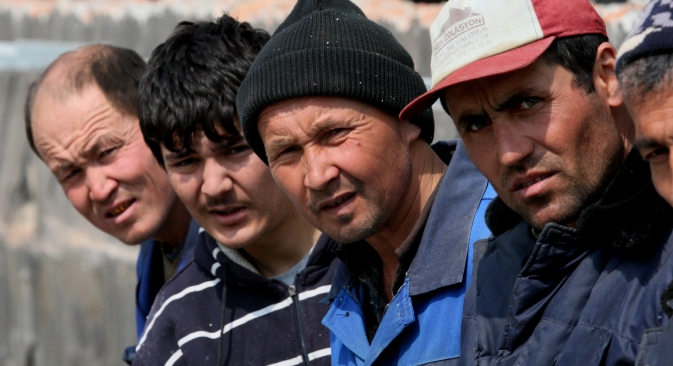 Russia, China and Uzbekistan face targeted sanctions from the U.S., after finding themselves in a group of countries that Washington deems to have made the least progress addressing human trafficking over the past year.

For the first time since 2002, the U.S. Department of State shifted Russia to the third tier (the lowest) in its Trafficking in Persons Report.

The Russian government, the report says, did not make significant efforts to comply with the minimum standards for the elimination of trafficking and demonstrated minimal progress in efforts to protect and assist trafficking victims during the reporting period.

According to the report, one million people in Russia are estimated to be exposed to “exploitative” labor conditions. For instance, North Korean citizens imported for work in the logging industry in Russia’s Far East reportedly are subjected to conditions of forced labor.

In some of the labor trafficking cases throughout the country, foreign workers reportedly died while locked in factories or employer-provided housing.

“Prosecutions remained low compared to estimates of Russia’s trafficking problem,” the report states. Furthermore, the government did not report specific progress on any of the alleged cases of official complicity in human trafficking from the 2008, 2009, 2010, and 2011 Trafficking in Persons Reports.

Despite media allegations of slave-like conditions in North Korean-operated timber camps in Russia, the Russian government did not report any investigations into this situation, either. In a case involving approximately 170 Vietnamese labor trafficking victims held in a garment factory, the government also did not initiate charges.

Under the Victims of Trafficking and Violence Protection Act of 2000, it is the policy of the United States not to provide non-humanitarian, nontrade-related foreign assistance to any government that does not comply with minimum standards for the elimination of trafficking and is not making significant efforts to bring itself into compliance with such standards.

“The president now will look at this to see what […] is in the U.S. national interest vis-à-vis the possibility of these types of targeted sanctions,” Ambassador Luis CdeBaca of the Office to Monitor and Combat Trafficking in Persons said at a briefing on June 19. “That’s going to be what we’re working on over the next three months or so, and you’ll see something in the fall from the president.”

The Russian Foreign Ministry’s commissioner for human rights, Konstantin Dolgov, said in a statement that any sanctions against Russia “would contradict the goal of further positive development of Russian-U.S. relations” and that “a commensurate response would ensue.”

Dolgov criticized the report’s methodology as “unacceptable,” pointing out that “countries are rated depending on the political sympathies or antipathies of the U.S. Department of State.”

Svetlana Gannushkina, the head of a nongovernmental organization that provides assistance to labor migrants and refugees, believes that the criticisms of the U.S. Department of State are justified, but sanctions would do little if anything to improve the situation.

“Our organization took up the problem of labor migrants because it really is a big problem,” Gannushkina told Gazeta.ru. “The Labor Inspection flinches from providing protection to such people [illegal immigrants] as not employed on a labor contract.”

“When law-enforcement officers show up at a construction site or a factory, they end up being bribed by those who use slave labor,” said Gannushkina. “In other cases, authorities penalize the victims of the system – labor migrants – for working without labor permits that they’re not issued anyway.”

In an interview with the Voice of America, the head of the Presidential Council on Human Rights, Mikhail Fedotov, admitted, “It is very difficult to bring to justice those who use slave labor.”