Is the West ready for the rise of the Russian elite? 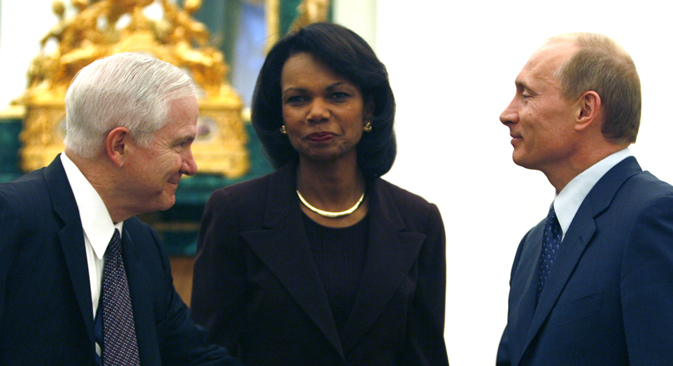 A new report from the Valdai Discussion Club forecasts how the values and attitudes of the Russian elite will impact Russian domestic and foreign policy and spurs debates among experts.

According to a recent report from the Valdai Discussion Club, an influential Russian think tank, members of the Russian elite have been growing increasingly suspicious about the global ambitions of the United States over the past few decades.

Already, these effects are starting to impact Russian foreign policy toward the West, especially as anti-Americanism becomes widespread in Russian academia. As might be imagined, the Valdai report (“Russian Elite – 2020”) spurred debate among both Russian and American experts, especially about the ability of these elites to influence Russian domestic and foreign policy.

The new report from the Valdai Discussion Club analyzes the values and mindset of the Russian elites, as well as the factors that will continue to influence their formation and evolution in the near-term future.

The report involved a number of high-profile researchers from both Russia and the U.S., including University of Michigan professors William Zimmerman and Ronald Inglehart and Eduard Ponarin, a professor of sociology from the Higher School of Economics in Russia.

The authors of the report argue that authoritarianism will remain “more and more popular among members” of the Russian elite born in the 1980s despite the increase in the number of pro-democracy supporters. This trend may be relevant in the context of Russia’s future foreign policy.

Increasing suspicions toward the U.S. might become commonplace for the Russian elite by the 2020s, according to Eduard Ponarin, one of the authors of the report.  During the presentation of the report at the Valdai Discussion Club, he noted that the members of the Russian elite have been looking at the U.S. very suspiciously since their disappointment with the policy of perestroika in the 1990s.

“Attitudes toward the United States are being formed under the influence of resentment and growing patriotic feelings,” the report reads. “This resulted in a distrust of U.S. foreign policy in a part of the Russian elite.”

Based on these statements, the authors of the report argue that, when the role of the 1980s generation becomes more prominent in foreign policy decision-making, “Russia’s geopolitical stance on the international scene will become tougher.”

This means that Moscow will defend its national interests in the world with more vigor and tenacity and, at the same time, will be more open and integrated into the global political and economic system.

Can the Russian opposition join the elite?

One of the authors of the report, Yegor Lazarev, a postgraduate student at Columbia University, says that they define the Russian elite as a group of people that is able to influence political decision-making.

“In this context, the representatives of the opposition to the existing system can be seen as elite. For example, [anti-corruption whistleblower and mayoral candidate] Alexei Navalny has an impact on Russia’s political agenda. His blog posts spur social discussions which involve mass media. As a result, the authorities have to respond,” he told Russia Direct.

More: Opposition tries to hold on despite challenges

Olga Kryshtanovskaya, Director of The Kryshtanovskaya Laboratory think tank, sees the off-system opposition to the current system as a “contra-elite that broke away from the Russian main elite.”

And this contra-elite might pose a threat for the government, but it shouldn’t be equated with the elite because it doesn’t take any decisions in Russia’s politics, she told Russia Direct.

Meanwhile, Yuri Korgunyuk, the founder of the Moscow-based INDEM think tank argues that Russia’s political system reveals a lot of flaws if it excludes opposition from the elite.

“Many Western countries regard opposition as an essential part of the elite and if it is shifted to the periphery and the backyard of politics, it should raise eyebrows about the whole political system,” he said.

At the presentation of the Valdai Discussion Club’s report, University of Michigan professor William Zimmerman said China’s rise may become a good reason for the Russian and American elite to team up.  According to him, by 2035 China may have become strong enough to pose a threat for Russia and the U.S.

Unlike Zimmerman, Kryshtanovskaya puts into question the hypothetical union of the U.S. and Russia against China. “This is a traditional viewpoint of the American ideology,” she said. “It is far from reality, like [Earth] is far from Mars.” According to her, such union is very difficult to create because the Russian and American elite can’t agree on many issues.

The idea of the hostility of the American elite toward Russia is pretty strong among Russian elites because these postulates took root “in our mentality early in school, in the Soviet times,” she explains.

“That’s why this ideology has been revived again thanks to the state propaganda,” Kryshtanovskaya added. “Though, on the one hand, we would like to imitate the American elite on the everyday ‘domestic’ level, politically we are against this elite.”

Ponarin echoes her view: “The elites of two countries need a common interest in order to team up. So far, I don’t see it. Economic ties between our countries are too weak while geopolitical interests remain contradictory. In some fields, we have some overlapping interests (for example, in Afghanistan), but generally, it’s not enough."

In contrast, Korgunyuk believes that there has always been a unity between the Russian and American elites when they faced common challenges.

“Take the 9/11 attack when Russian president Putin called George Bush to express his condolences and supported the U.S.,” he said. “The anti-Hitler coalition between the U.S., UK and Stalin’s Soviet Union is another example of such collaboration. Actually, I don’t think that we have any damaging geopolitical differences. At the same time, we are not such close allies like the U.S. and UK because of the big gap in political culture and ideology.”

This story is abridged from the original version, which was first published at Russia Direct.