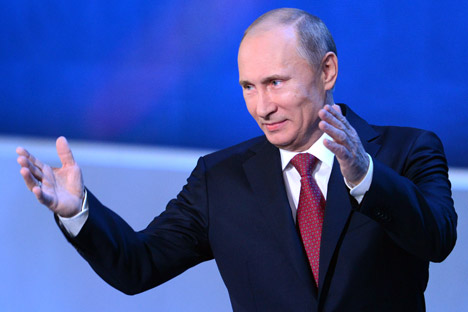 The majority of the population simply do not understand what political rivalry is and why it is needed. Source: AFP / East News

According to data from surveys, almost two thirds of Russians are indifferent to the political situation in the country. Analysts sum this up by claiming that people are more focused on everyday problems and do not trust those in power.

In a survey carried out by the Yuri Levada Analytical Centre, 34 percent of respondents chose the ‘I don’t like politics’ response from all possible answers. A further 29 percent declared that they were ‘quite indifferent’ to the political situation in the country and that they were ‘not planning to concern themselves with it.’

“People, with the exception of those in some of the main cities are just trying to survive somehow,” says Oleg Savelyev, a Sociologist from the Levada Centre. “They are therefore more concerned with issues of poverty, the soaring cost of utilities and food, and low wages. When people are fed and clothed better, and they have everything that they need, this is when they start to think about ecology, about politics and democratic values.”

A lack of faith in their leaders is another serious factor, which influences apathy among Russians towards the political life of the country.  In the opinion of Stepan Lvov, the head of the Department of Socio-political Research at WCIOM (The Russian Public Opinion Research Centre), this apathy manifests itself in many different areas from economic to cultural. “However this growing apathy influences the attitude towards politics more than in any other field,” Lvov says. 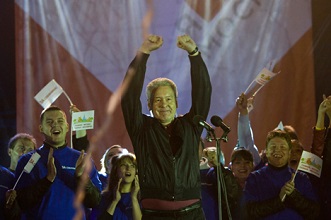 It is easy to find some common characteristics among those who maintain an interest in politics. Leontiy Bryzgalov, a senior research fellow at the Sociological Institute of the Russian Academy of Sciences, explains that this category is often referred to as the “contemporary city middle class.” They are more affluent, with a higher standard of education and live in the major cities. “This has meant that many people have began to feel that politics is a game for the rich, and that ordinary people should expect nothing from it, and that politics bears no relation to their own interests and problems,” Bryzgalov says.

The fact that Russians do have political conventions is a discussion point in this context. In the opinion of Oleg Savelyev, the majority of the population simply do not understand what political rivalry is and why it is needed.  “We have simply never had these traditions before, in as much as in both Russia and in the U.S.S.R. political parties were all but absent,” he notes. In contrast, Bryzgalov remarks that despite the fact that this point of view has enjoyed support in the last 20 years, the 1990’s were characterised by a much greater interest on the part of the population in politics.

“However since then people have felt alienated from their leaders. They think that all political issues are resolved in a narrow circle, which is not dependent on popular opinion, their vote, or whichever party they voted for at all,” Bryzgalov says. “This is the very reason why everything linked to politics is perceived as window dressing of some kind, which is of interest only to those who are directly engaged in political life.”

At the same time the attitude of the Russian population to politics can never be considered a constant of any kind. “This can change among the population and what is more it can be sufficiently radical and even extreme,” says Stepan Lvov. “Someone could receive word of outrageous acts taking place, which do not sit well with their understanding of morality or public order.  Thus, their current attitude to politics would be influenced by immediate events taking place at that particular point in time when we carried out the survey on them.”

The experts have also pinpointed a positive trend, which has manifested itself in the last one and a half years. Bryzgalov sums this up: “I would say that interest in politics began to rise following the events on Bolotnaya square. It was then that society began to get heated. Apart from that a new generation has come through, who want to speak out and they are not very interested in ‘hibernating’. The desire for change is growing among the population little by little, as well as a desire to have some influence on something.”