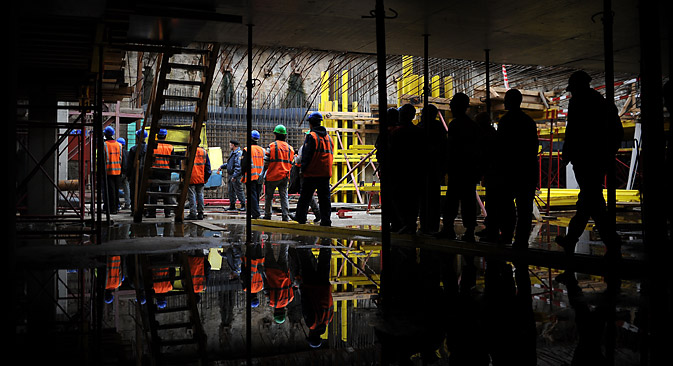 Michael Keith, author of ten books about problems of urban change, race, ethnicity and migration, tells RBTH how he sees the development of cities like Moscow.

Keith’s research interests focus on the interface between culture, urbanism and migration.  He specialises on a variety of issues, including the politics of migration and everyday life of migrants in the United Kingdom, and the dynamics of migration and city transformation in contemporary China.

Russia Beyond the Headlines: One of the biggest issues for megalopolises is migration. How should it be dealt with?

Michael Keith: The first thing I’ll say may sound like a paradox. Martin Luther King once said: “Violence is the voice of the unheard”.

It means we should always keep in our minds that these events which, yes, can be very dangerous, fatal, nasty, - they didn’t happen accidentally.

And the crucial thing here is that we have to understand where it comes from. When we see the foreground we have to think about the background. Cities grow and attract migrants across the world.

But the paradox is that these cities also do not like migrants. The concentration of people in the megalopolises is producing massive step changes. But of course, it’s not only a Russian problem. It’s universal.

RBTH: So, how to avoid aggravating this situation? To avoid clashes between workers who came from abroad and locals?

M.K.: Well, locals have to understand that these workers give enormous benefit to the city.

It may help them to be more tolerant. But, of course, I see that sometimes it’s not easy.

If you live in a neighborhood where there are also a lot of migrants or just people, you’ve never heard of before, and their children start to go to school with your children and play with them in the yard, or if you see that there are some challenges in some sectors of the job market, it can be hard to get accustomed to it.

But that’s the cost. And the problem is that the cost is paid by particular districts or city areas, whereas the benefit goes to the whole megalopolis

RBTH: But are there some positive examples in resolving this problem?

M.K.: I think that cities work as integration machines when some very basic principles are understood. The best example is like this: you came from one place, I’m from another. We have different geographies but the same shared future.

To cultivate these principles we need to create social institutions at a very local level. It has to be visual social justice, public debates, a system of local rights.

RBTH: What about Moscow?

M.K.: I’ve been in Moscow about 15 times, most often from 1977 to 1983. I was quite young, was a student and had a girlfriend here. When I came before it was a time of Socialism. Now, remembering that Moscow, I see that one thing from this era still exists.

It’s the pattern of Moscow, of a big periphery around Moscow. It’s a great opportunity as well as a great challenge.

How to develop such a large area with maximum efficiency? I think the Moscow Urban forum is held to find an answer to this question.

RBTH: How to develop and how to govern…

Look at Shanghai, where the districts change very rapidly and in different ways. Some are not so good but others are quite smart in their development, and beautiful. That illustrates how national property can be maximally used by districts even if things in general do not go so well.

Those 18-20 districts in Shanghai each have enough power to show their own model of growth. I think this example can be quite interesting for Moscow as one of the fastest growing centres in the world.