Kalashnikov repented for his invention to Russian Patriarch 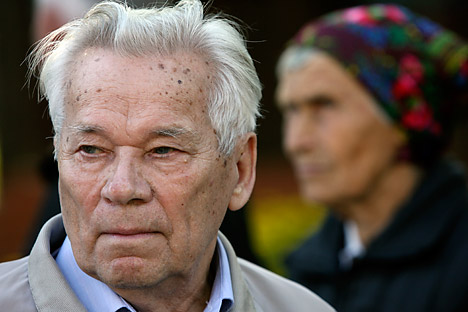 The letter shared Kalashnikov’s thoughts about the future of the country and humanity. Source: Reuters

Before his death, the creator of the legendary submachine gun wrote a letter of repentance to the Orthodox Patriarch, in which he complained about his mental anguish over the AK-47’s role in taking lives.

Should Mikhail Kalashnikov have felt remorse for what people did all over the world with the help of his submachine gun?

This issue had become subject of heated debates throughout the life of the legendary designer. Six months before he died, Kalashnikov wrote a letter of repentance to the Patriarch Kirill of Moscow and All Rus.

“My mental anguish is unbearable”

The two-page document dated April 7 contains the handwritten signature of the designer. In the letter, Kalashnikov told the head of the Russian Orthodox Church (ROC) about his emotional stress and trepidations about his responsibility for the deaths of people killed by the submachine gun he had created.

“My mental anguish is unbearable, I have the same insoluble question: if my submachine gun took people’s lives, does it mean that I, Mikhail Kalashnikov, 93 years old, the son of a peasant and Orthodox Christian by my faith, I am responsible for the deaths of people, even if they were enemies?” Kalashnikov asks the Patriarch. 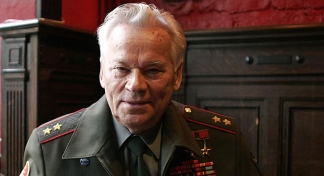 Kalashnikov referred to his AK-47 as a “wonder weapon,” and the “main rivals – the Americans” are called friends. “We always kept pace with the times; we were ahead of our main rival, the Americans, in some areas, and at the same time we were friends on a human level, though we served different social systems, which were irreconcilable in those years,” he wrote.

In addition, the letter shared Kalashnikov’s thoughts about the future of the country and humanity.

“Yes, the number of churches and monasteries in our land is increasing, but evil still is not decreasing!” he wrote. “Good and evil live side by side, fight against each other and worst of all, reconcile themselves to each other in the hearts of people. That is what I have come to understand at the end of my earthly life.

Designers and scientists of weapons were often disappointed with their work at the end of their lives. Robert Oppenheimer, the creator of the atomic bomb, was shocked with the destructive power of the weapons he had created after the bombing of Hiroshima and Nagasaki. He felt a sense of guilt, and actively fought against the use and development of this new weapon.

Life turns out to be a kind of perpetual motion machine, which I wanted to invent so much when I was young. Light and shadow, good and evil – are these two opposites of a whole, which cannot exist without both of them? And was it the Almighty that arranged everything in this way? And does humanity have to lead a miserable life in such an interrelation forever?” the letter asked.

Kalashnikov assigned a special role for improving affairs to the Russian Orthodox Church, which, he said, “brought the sacred values of kindness and mercy to the world.”

“And in my later years, the Lord has advised me to approach the holy sacraments of Christ with the help of my friends, and to confess and receive Holy Communion with Body and Blood of Christ,” Kalashnikov wrote.

“In you I trust in my sinful meditations, on your pastoral word and your sagacious wisdom. I watch and listen to your sermons and answers to letters of the laity, whose souls are in everyday commotion. You help many with the word of God;people need spiritual support,” he wrote.

“He never revealed what he was feeling”

Alexander Volkov, the press secretary of Patriarch Kirill, said that the patriarch had received Kalashnikov’s letter and even wrote a reply.

“This letter was very relevant, especially since at the time attacks on the Church were being made. The Patriarch thanked the legendary designer for his attention and position, and said that Mikhail Kalashnikov was an example of patriotism and correct attitude to the country,” Volkov said.

He added that the Church has a well-defined position in respect of the responsibility of the submachine gun designer for the deaths of people – when the weapon serves the defense of the Fatherland, the Church supports both its creators and the military personnel that use it.

“He invented this submachine gun to defend his country, and not to be used by terrorists in Saudi Arabia,” Volkov said.

The designer’s daughter Elena urged people not to treat the change of opinion of Kalashnikov too categorically.

“Of course, we cannot say that he went to services or lived strictly according to the commandments. We must understand his generation. After all, we can talk about someone having faith in God, but not being a believer. And one can be a believer and never say a word about it,” said Kalashnikov’s daughter, adding that her father never revealed what he was feeling. “I remember someone once brought him a crucifix, back in 1999, and I can say that I forced him to wear it and said, ‘Mark yourself with a sign of the cross,’ and he replied, ‘I cannot, I cannot raise my hand,’ and he simply laid his hand on his heart.”

First published in Russian in Izvestia