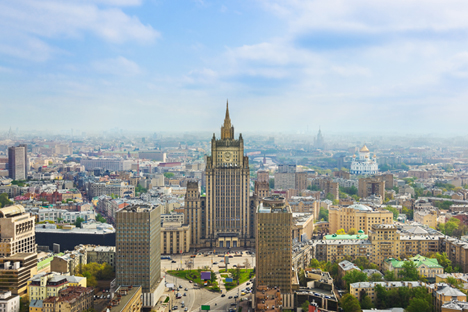 From the Winter Olympics to government reshuffles and regional polls, 2014 is looking like a big year for Russia.

The new year will offer new challenges for the Russian authorities, on top of the problems carried over from 2013. Government reshuffles remain a possibility, as do changes in the senior management structure of state-run corporations.

Virtually none of the country's pressing problems were resolved in 2013, and new ones are cropping up.

Gearing up for the Olympics

The most urgent priorities of 2014 were highlighted by a tragic series of terrorist attacks in Volgograd at the end of last year, with only six weeks to go before the Winter Olympics in Sochi. These developments necessitated tighter security and more decisive antiterrorist measures.

Volgograd, which had just recovered after a bus explosion two months before, beefed up street security with Cossack patrols; Cossacks also arrived in Sochi to guard the upcoming Olympic events. The Russian civil aviation authority banned all liquids in carry-on baggage except vital medicines. The first two months of 2014 will certainly be marked by nervousness and stringent security measures.

In the past two years, many public servants and political experts named the Olympics as the event after which the country's current government system should brace for radical changes—from sackings of senior management at state corporations and high-profile corruption scandals, to the dismissal of the government. Analysts close to the Kremlin predict that, at the very least, a redistribution of functions should be expected among the deputies of Prime Minister Dmitry Medvedev.

Those who should worry most about their future are the heads of the state-run corporations that took part in the construction of Olympic infrastructure in Sochi. The government has recently launched an all-out campaign against large infrastructure monopolies by freezing their rates and instructing them to cut costs. The president and government are reported to be frequently discussing the necessity of replacing the heads of these companies, many of whom have remained at the helm for around a decade.

Developing an economic and social policy that would ensure the current system's stability would require the elites to consolidate, something they have been unable to do so far.

The government will have to find a way of rendering any political conflicts less destructive for the entire system. Furthermore, in the next year or two the Kremlin will have to decide on a strategy for the 2018 presidential election. 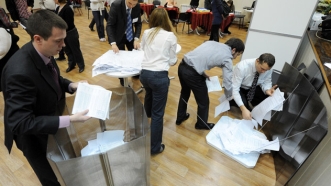 Another factor affecting the political decisions of 2014 will be the upcoming 2016 parliamentary polls. This will be the last year of unpopular decisions: from 2015 on, any reforms will be suspended so as not to antagonize the electorate.

Fourteen Russian regions will hold gubernatorial elections in 2014. In most of these territories, the incumbent regional leaders will also be running. An early gubernatorial election will be held in St. Petersburg (which is headed by a governor, not a mayor); it is not clear whether current governor Georgy Poltavchenko will attempt to get re-elected.

The most interesting polls will be held in Moscow, which is to elect its new city council this year.

March 2 may become the most significant day of the year. This is when Platon Lebedev, former Yukos owner Mikhail Khodorkovsky's business partner, is expected to be released from a penitentiary in Arkhangelsk Region. There is however a possibility that the Supreme Court will set Lebedev free earlier than that.

Opposition figure Alexey Navalny will face a new trial. He and his brother, Oleg, have been charged with embezzling funds of two companies. 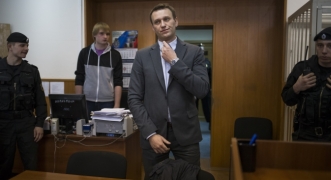 The problem of immigration is set to remain quite topical in the 2014.

In terms of conservative ideological initiatives, there will not be many in 2014. The overall trend towards bolstering the traditional values will continue, but there will be fewer legislative attacks on sexual minorities and perceived offenders of religious feelings. If the president's address to the Federal Assembly is anything to go by, the government's priorities this year will be mostly economic rather than ideological.