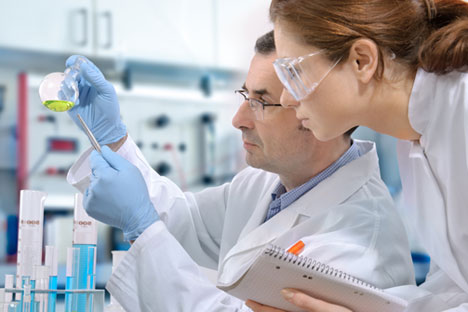 Doctors in Russia and abroad are looking at how to make Parkinson's disease diagnostics at earlier stages less expensive. Source: PhotoXPress

Parkinson's disease afflicts people older than 60 to 70 years, although in recent years its symptoms have been reported by people as young as 30. In Russia, about 2 percent of the population in the 60-plus age group are affected by this condition.

The main challenge for the medical profession lies in diagnosing the disease at an early stage, since it first takes root in the body 20 to 30 years before the first symptoms manifest themselves, which usually happens only at the later stages.

Thus, at the time a patients seeks medical help, it is no longer possible to find a drug that could prevent the disease from developing any further.

One of the means of diagnosis that doctors could use is positron emission tomography (PET). However, conducting a mass-screening program involving the use of PET is impossible because of its extreme high costs.

That is why doctors in Russia and abroad are looking at how to make Parkinson's disease diagnostics at earlier stages less expensive.

One of the possible solutions has been found at the Russian Academy of Sciences, where eight years ago researchers from 25 institutes began to study mechanisms of how neurodegenerative diseases, including Parkinson's, develop.

They designed a series of tests that make it possible to diagnose this condition several years before its specific symptoms arise.

What Russian scientists know about the cure for cancer

How Russian healthcare deals with the disparity dilemma

To carry out further work in this area, the head of research at the "Brain: Fundamental and Applied Problems" program, academician Mikhail Ugryumov registered a limited liability company called Center for Early Diagnosis of Neurodegenerative Diseases (NDZ).

The center's commercial product is called DiaPark. Its chips carry out immune system and gene tests that make it possible to diagnose Parkinson's disease five to seven years before its symptoms arise.

Medics know that the first symptoms of the death of neurons in the brain can take one by complete surprise. For instance, as the first sign, patients may start losing the sense of smell or having stomach problems.

Scientists led by Ugryumov have established that these processes are accompanied by changes in the composition of plasma and other serious transformations.

At the same time, according to Ugryumov, none of the factors can be considered definitive, that is why DiaPark takes account of the person's genetic predisposition for the disease as well as changes in the concentration of various substances in the blood and their deviations from the norm.

Towards a mass screening program

At the moment the new system "lives" between Moscow and Kazan. In Tatarstan, a team of researchers headed by Razina Nigmatullina, a professor at the Kazan State Medical University, is working with patients.

Whereas in Moscow, a team led by Mikhail Ugryumov is working to identify the disease's markers in blood samples and are analyzing electrophysiological parameters. The company makes immune system and gene chips and data analysis software. 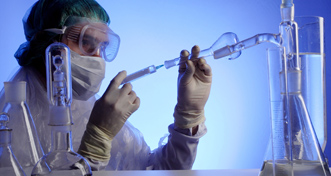 "The system of diagnosis will not require any special equipment. The chips and the software can be used on the basis of technologies which doctors already use in ordinary outpatient clinics. Which means that we shall be able to start mass screening programs among the population and to identify Parkinson's disease at its early stages," says Ugryumov.

According to Nigmatullina, in state-run hospitals, DiaPark tests will be run on all people over 35 years old. In private clinics, the first buyers will be those who have Parkinson's disease in the family.

Starting from 2016, Ugryumov and his team plan to conduct pre-clinical trials and to complete the certification process. In 2017 DiaPark will start clinical trials in Russia and in the U.S. in 2018.