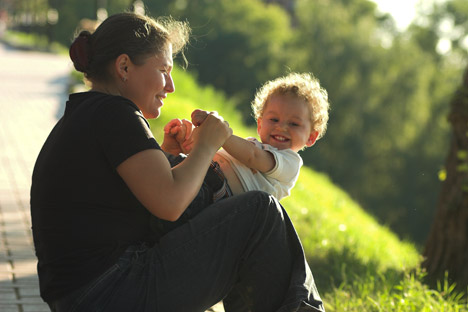 Year after year, the number of Russian optimists who expect something bright and positive from each new year always exceeds the number of pessimists. Source: RIA Novosti

Recent polls show that Russians value family first and look cautiously at the West. But well over half of the population will follow the Sochi Olympics.

For Russians, family is what matters most. Most Russians hope for the better as they look into the future, want good friends and believe they must be vigilant and cautious in relations with others. They are not interested in their pensions and are convinced that no one can protect them from acts of terrorism. They are wary of the United States and the countries of Europe.

Polls by the All-Russian Public Opinion Research Centre (VTsIOM) reveal that the greatest desire of 93 percent of the population is to create a happy “social unit,” while 91 percent want good friends and 90 percent to be honest.

Sixty-five percent of Russians celebrated the New Year in a positive mood, and 56 percent were hopeful that everything would work out well for our country. At the same time, only a third expected to face problems in 2014. Sociologists note that, year after year, the number of Russian optimists who expect something bright and positive from each new year always exceeds the number of pessimists.

According to Public Opinion Foundation (FOM) figures, Russians are fairly mistrustful. Only one-fifth of the population says they trust most people. Three-quarters are convinced of the “need to be cautious in relationships with others.”

The federal authorities are currently busy updating the pension laws. For the first time ever, each citizen has the chance to manage the funded component of their pension independently. There is a choice to be made: either to entrust the pension to a private fund or to leave it with the state, in which case the size of the funds will be several times smaller. Surveys show that only 17 percent of Russians are actively interested in the pensions issue. These are primarily affluent people aged 35 to 44, who live in medium- to large-sized towns. 44 percent of Russians occasionally think about their pension and 39 percent of respondents have no interest in the issue whatsoever. Nearly half of all Russians want the state, rather than themselves, to deal with their pensions.

Russians do not feel life is safe. Sixty-three percent doubt the authorities can protect them from fresh acts of terrorism and of that figure 44 percent are convinced there can be no escape from terrorism. Residents of Moscow and St. Petersburg feel best protected. 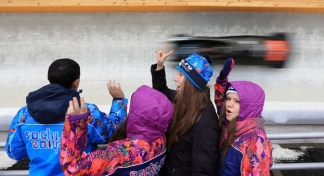 A majority of Russians (62 percent) are interested in the progress of preparations for the Sochi Olympics, although, conversely, one third of respondents (37 percent) admitted “knowing practically nothing about it.” Thirty percent plan to follow the figure skating competitions, 25 percent the biathlon, 23 percent the ice hockey and 16 percent the skiing. At the same time, 61 percent of Russians would like to attend the Games, but 54 percent say they have no chance of doing so.

Russians are not forgiving of criminal records. Sixty-one percent of respondents are opposed to letting citizens who have been in prison stand for election to state office. Women and the elderly are more categorical at 65 percent and 68 percent respectively.

Sixty percent of respondents are prepared to trust only those close to them. The remainder believes they must always be vigilant among their acquaintances.

When it comes to foreign policy, the Levada-Centre has revealed that Russians have become more negative about the U.S. and EU in recent years. The number who see the United States as “bad” rose from 23 percent in 2011 to 37 percent in 2013. The figure went from 14 percent to 29 percent for the EU. On the other hand, Ukraine and Belarus are viewed positively and 64 percent would like to restore diplomatic relations between Russia and Georgia.

Dean of Sociology at the Higher School of Economics National Research University, Aleksandr Chepurenko noted that a “values gap” can be seen between Russians born before the collapse of the Soviet Union and the older generation. 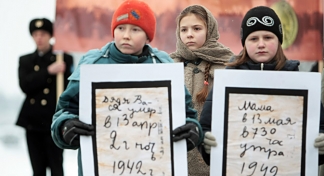 “Young people have grown up in a values vacuum when there was no political ideology of the kind to which the state is now returning,” he said. “In this sense, they are free of prejudice. The younger, unlike the older generation, is not nostalgic for the old, Soviet machinery of state. Young people are not interested in what was good or bad about it. They live in the present and have a good grasp of information technologies.”

The Four Types of Russian Society

“First there’s the post-industrial society, the Russia of the two capitals, Moscow and St. Petersburg. Residents hold modern, Western values and their lives are little different from that of the average European,” he said.  Second is the Russia of the big industrial cities with populations of over a million (Novosibirsk, Samara, Yekaterinburg, Kazan, Volgograd, etc.), where it is the laws of the industrial world that give life its structure. Third is what’s known as “little Russia” – a rural population living on subsistence farming and small state benefit payments. What matters most to people here is not money or prosperity but the opinions of their neighbors. They are used to relying solely upon their neighbors in times of hardship. And fourth, there’s the Caucasus, which has a clan-based social structure: the life of each individual depends primarily on the decisions of their family.”