Cats and parrots seized to raise money for debt repayment 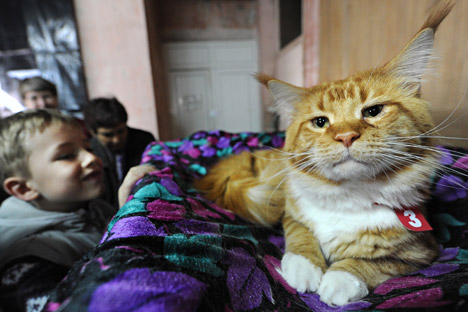 Russian bailiffs began selling pets taken away from owners as payment for outstanding debts. They are most frequently removed because of housing arrears or losses inflicted on neighbors.

The animal, which was seized by bailiffs in September, had been on sale for several months but eventually found a buyer in the last few days of December. The incident garnered publicity and set something of a precedent: the authorities began to seize domestic pets on a large scale five years ago, but until now, there had been no actual sales. The Maine Coon’s story is hardly likely to remain the only one—at least seven pets are still officially listed for sale. 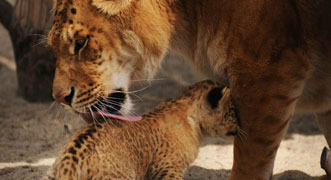 The first confiscated cats were in Siberia’s Kuznetsk Basin. In 2009, bailiffs seized a five-month-old kitten called Lexus. The Canadian sphinx belonged to a couple from Metallploshadka, a settlement 15 kilometers from the city of Kemerovo. According to the oblast bailiffs’ service, the family was renting a three-room flat and had run up a debt of around 15,000 rubles ($450) on utility bills. The supplier went to court, and the court found in his favor.

Bailiffs became involved in the dispute after the debtors missed the payment deadline: officials inventoried everything in the flat. The cat, which did not have a pedigree, was valued at only 1,000 rubles ($30). The animal remained in its owners’ keeping. The latter paid their bill just a few days later. Directors of the Russian Federal Bailiffs Service linked the successful outcome specifically to the cat; its representatives believe it was because of the cat that the debtors paid up so quickly.

Two and a half years later, in September 2013, Kemerovo bailiffs reported a similar experience. This time, the proceedings involved a man who owed his own neighbors 45,000 rubles ($1,400), the amount at which a court assessed the damage to a block of flats caused by flooding that was the fault of this particular tenant. The bailiffs brought into the affair were unable to inventory the property fully: everything in the flat belonged either to the man’s mother or his wife. The only item up for grabs was a young Canadian sphinx cat. Initially, the bailiffs valued it at 500 rubles ($15). Even though the sum bore hardly any relation to the overall debt, once the cat had been placed on the inventory, its owner decided to settle his accounts with his neighbors.

In actual fact, pets that have only a sentimental value are often seized. In the Volsky district of Saratov Oblast, an 11-year-old Persian cat was seized as part of court enforcement proceedings. Its owner was unable to pay a debt of 5,000 rubles ($150) on utility bills. The pet was listed together with an ancient television. The animal’s provisional value was registered as 50 rubles ($1.5). The Saratov media say that once the cat had been seized the debt was paid and the property released.

Two-year Ryzhik was less fortunate. At the end of last year, the cat’s owner, a 50-year-old resident of Astrakhan, faced court enforcement proceedings because of a debt of 280,500 rubles ($8,000). He was unable to settle his debt to a woman whose house he had burnt down in a careless accident. Bailiffs seized the common-or-garden cat at the end of November last year. Listed with it were an air ionizer, a television, a wall lamp, an iron and a mobile phone. The animal is now officially up for auction. The Federal Agency for State Property Management is to handle the sale. The opening price for this “ginger cat with a broken right paw” is 200 rubles ($6).

Cats are not the only pets being sold to pay off their owners’ debts. Sales of farm animals—chicken, cows, goats and horses—have long been commonplace. Pedigree dogs and exotic pets come up for auction fairly frequently. According to the consolidated data base for the sale of confiscated property, a six-month-old German pointer valued at 300 rubles ($9), two tortoises and three parrots of various types are currently listed for sale.