Security and society under examination after school shooting

A policeman and a teacher have died after a 10th grade student opened fire at the school. Source: ITAR-TASS

Investigators, officials and mental health experts look for answers after a student killed two people at a Moscow school

On Monday, Feb., 3, 10th grader Sergey G. Took two dozen people hostage and killed a policeman and a teacher in Russia's first school shooting. A second policeman is fighting for his life after being shot. According to one version of what happened, the shooter had no personal grudge against his victims; he wanted to be killed by the police or special forces "in order to understand what death is like."

The tragedy has revealed problems with security in Russian schools as well with the ability of teachers and parents to identify students with mental health issues.

Investigators initially said the crime was committed “in a state of emotional breakdown” – but additional investigations showed that the shooting had in fact been carefully planned. The attacker’s classmates say he was a very diligent student and that he believed that his average grades in geography were ruining all his overall academic standing.

"I hoped I would be shot dead," he said after he had been apprehended. Classmates said he had made similar statements previously.

Some who knew the family have said they were well-to-do, and this may have contributed to the pressure Sergey admitted to feeling regarding his grades and after school activities.

Valery Ryazansky, head of the select committee for social policy of the Federation Council, the upper chamber of Russia's parliament said that society was partially to blame for the tragedy.

“Looking at Russian society as a whole, there is of course a tendency towards more pressure and violence," Ryazansky said. “Things are being made worse by the huge numbers of various video games that depict violence and cruelty."

Kirill Kabanov, chairman of the National Anti-Corruption Committee, believes that such entertainment should be banned altogether.

Alexander Shadura, a children and family psychologist, takes a somewhat different view. “I do believe that this was an unusual, one-off case," Shadura said.

“There is really no reason to claim that it represents some kind of pattern or trend. Information flows freely around the world these days. Maybe reports about school shootings in the United States got the attacker thinking about doing something similar; maybe it was scenes of violence, including violence in video games. But these are not the real causes. Such breakdowns are the result of a long process. Its causes include psychological pressure on the teenager by his parents, lack of proper attention, or a hormonal imbalance. We can't just attribute this to any single specific cause. Neither would it be right to say that someone should have seen it coming."

Arriving at the scene of the shooting, Moscow Mayor Sergei Sobyanin ordered security measures to be reviewed and increased at all schools in the Russian capital. “We have put in place CCTV cameras and other security arrangements financed by the city.

It appears that these measures are not enough,” Sobyanin said. He added that there would be a separate inquiry at School No 263, where the shooting happened.

The municipal authorities in Moscow started to bolster security arrangements at schools in 1999, after a series of blasts in residential apartment blocks. At that time, schools were allowed to hire private guards, paid for by parents.

After the hostage crisis in Beslan on Sept. 1, 2004, the education department in Moscow installed CCTV cameras and panic buttons at all schools, and surrounded schoolyards with tall steel fences or walls. Additional plans to install turnstiles at the entrances to school buildings are in progress. 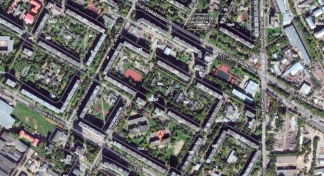 Rafail Ruditskiy, head of the Moscow branch of the Civilian Weapons Union has argued for metal detectors and additional training for school guards.

Andrey Demidov, a representative of the teachers' union, doubts the effectiveness of such steps. "If a school kid decides to shoot someone, he can do it just as well outside the school building," Demidov said. “It would be far more useful to make an emphasis on preventive programs among children."

Olga Bukhanovskaya, a psychiatrist, echoes these views. She believes that unless such programs are rolled out as soon as possible, the Moscow school shooter “may inspire copycats."

Based on reporting from the Kommersant and Moskovskiy Komsomolets newspapers and the Gazeta.ru news website.