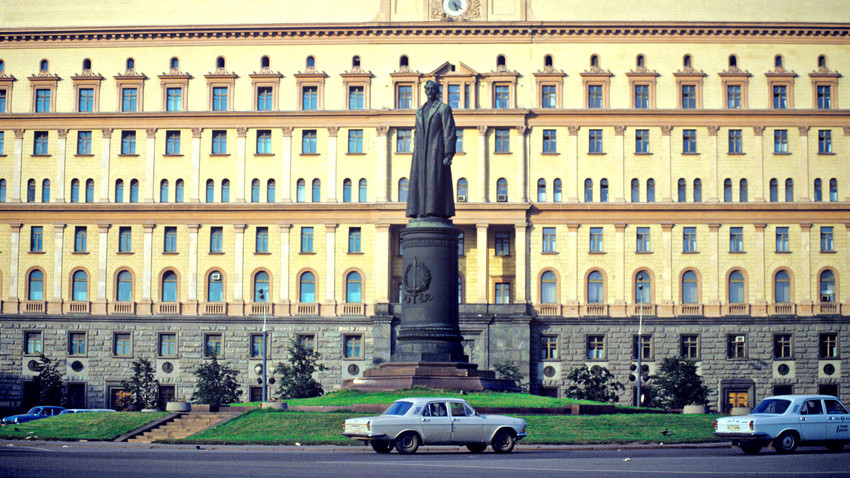 The building on Lubyanka used to be the KGB's reception office.

Vladimir Fedorenko/RIA Novosti
To Russians the word “Lubyanka” has as menacing a sound to it as the word “Gulag”. Home first to the Soviet and then the Russian security agencies, in the 20th century this Moscow square became synonymous with executions, violence and torture. But more than a century before that it was home to one of history’s most infamous female serial killers.

Unworthy of being called a woman

In the 18th century, noblewoman Darya Saltykova, one of the most notorious serial killers in global history, settled down in Lubyanka. The Privy Chancellery, the secret department of the Imperial secret police, was quartered nearby. Its functions routinely involved tortures, but these were administered on government orders. In the house of Saltykova, serfs would be maimed and killed for pleasure.

Saltykova, who hailed from an aristocratic family, was a devout Christian. Nevertheless, she engaged in outright sadism. Saltykova came across as being quite sane until her husband died. She then took to beating her servants with a log, and later began having people flogged, sometimes even to death. Saltykova gradually acquired a taste for this gruesome punishment and began perfecting the tortures. She could rip off a person's hair or set it on fire, or scald people with boiling water. 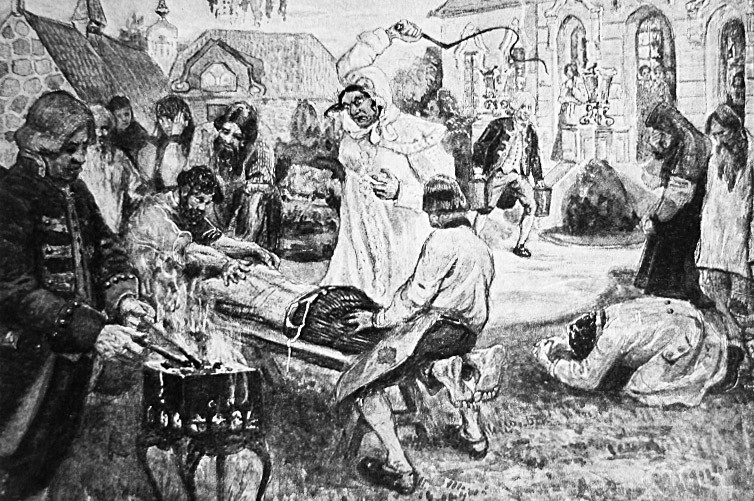 Saltykova is suspected of having caused 75 violent deaths, mostly women and young girls, but the actual figure may have been higher.

Her bonds began complaining to the police and to the Moscow governor, but Saltykova was well connected at court: Her influential friends and relatives would get her out of trouble time after time. Bribes also helped. Years passed before a petition finally make it into the hands of Empress Catherine the Great. 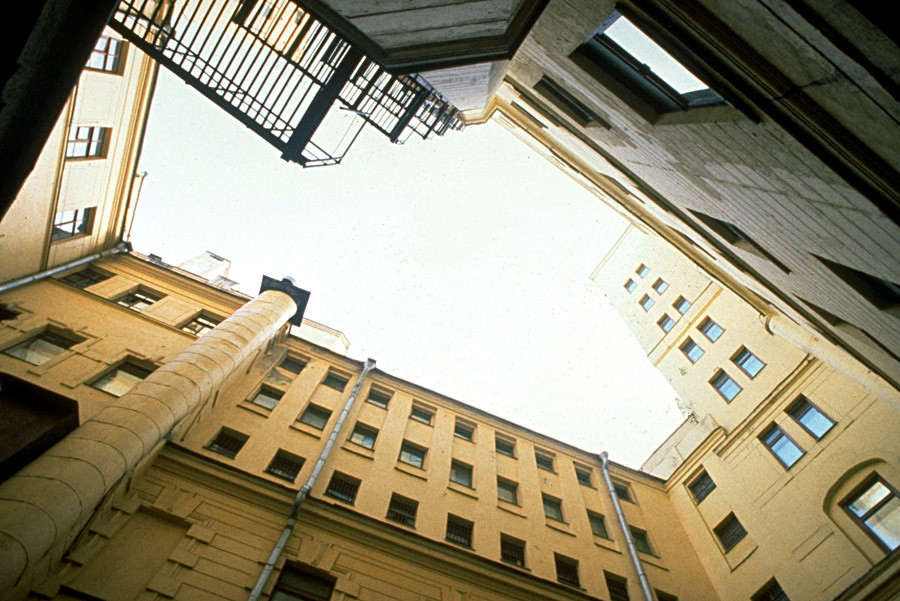 Picture of one of the inner courtyards of Lubyanka.

Catherine was not amused, and ordered an exemplary trial. Only 38 deaths were verified but that was more than enough for a guilty verdict. Saltykova was stripped of her aristocracy and confined for life to a lightless cellar in a convent. She was also proclaimed a man, because the Empress judged her unworthy of being called a woman. After 11 years in the cellar, Saltykova was moved to an outbuilding. Curious Muscovites would crowd outside her window as Saltykova swore and spat on them. She lived in confinement for another 33 years before her death.

After the revolution of 1917, the Soviet variant of the Tsarist secret police – the Emergency Commission or Cheka – moved into a building on Lubyanka Square. The square was a bustling place back then, a focal point of several busy streets. In the center was a fountain, at which cab drivers would leave their horses to drink while they took some rest in the numerous local taverns. Whenever a Muscovite wanted to catch a ride to go to a local address or to a neighbouring district, they would go to Lubyanka for a cab.

Before it was nationalized, the Cheka building had housed the insurance society Rossiya, which specialized in renting out apartment and trading spaces.

A prison was set up in the building in 1920, which later was to “process” the infamous terrorist Boris Savenkov, the great poet Osip Mandelshtam, Nobel laureate Alexander Solzhenitsyn, and countless others, most of whom were brought here in the dead of night. Many executions would also be carried out in the building over the years. 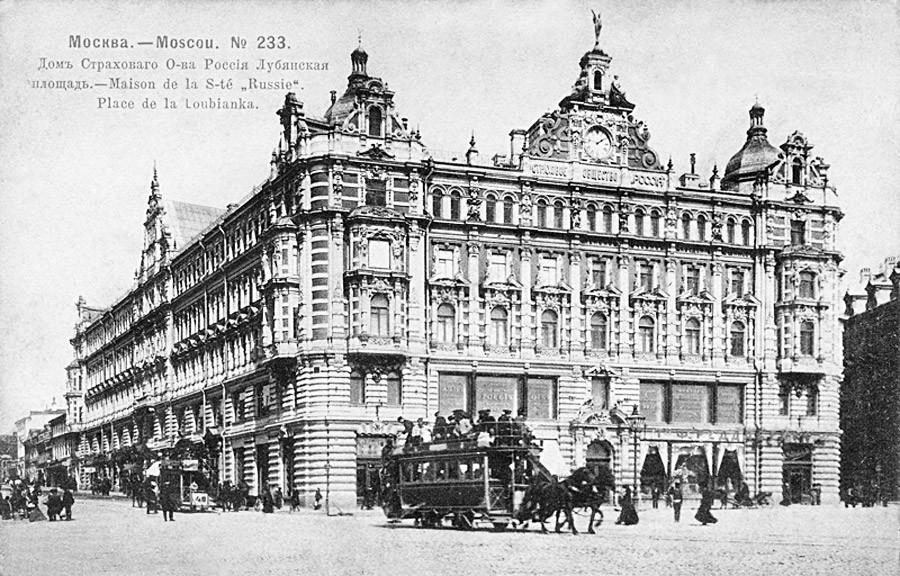 The system of intimidation was honed to a morbid perfection: The convict was either lifted up in a slow freight lift to the thundering roar of motors or walked on foot through endless gloomy corridors. After three days of constant interrogations, anyone would lose their spatial orientation in the windowless rooms.

Some of the cells in the former prison are now part of a museum. There was a brief period when anyone could gain access to the exposition, but these days it is only open to holders of special permits.

Not far from the Lubyanka building used to be the KGB's reception office. This was where relatives of those detained would come to bring food and letters to their loved ones. It was also there that informants would queue up to offload their anonymous letters. 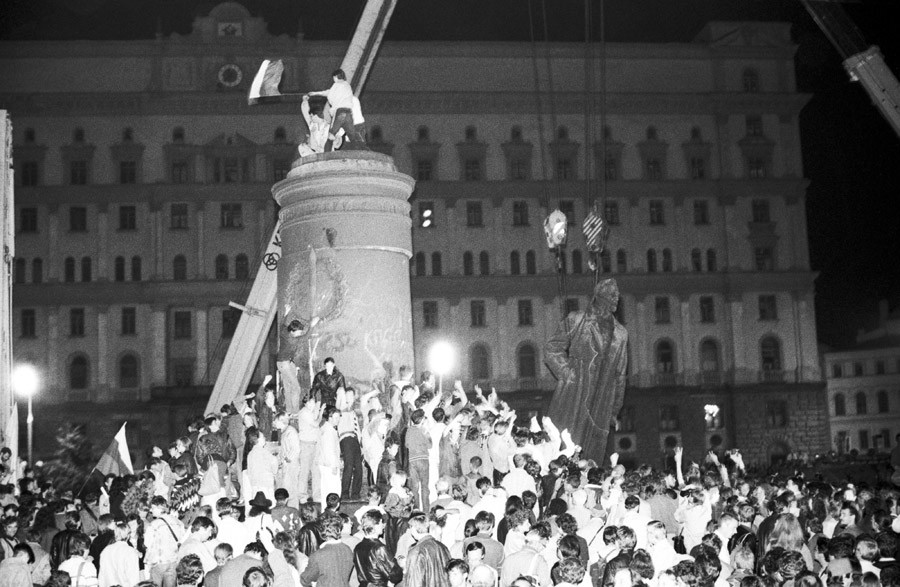 In 1958, the fountain was replaced by a statue of Felix Dzerzhinsky, the founder of the Cheka, also known as Iron Felix. For decades that monument remained the main symbol of the country’s system of repression, all the way up until the collapse of Soviet rule in 1991. Gavriil Popov, the first post-Soviet mayor of Moscow, ordered the dismantling of the 11-ton statue. On the evening of August 2, 1991 an elated crowd cheered on as a crane lifted Iron Felix down from his pedestal.

The monument can now be found in the Museon Art Park in Moscow. Curiously, debates on its possible restoration to its site on Lubyanka Square periodically flare up in the Russian media even now.