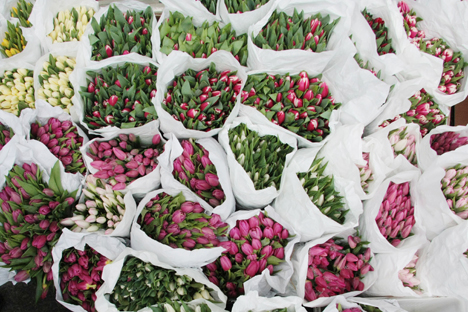 They faded to such a degree, in fact, that for more than half a century, March 8 in Russia has been a day when women are given flowers and other gifts by the men in their life – not unlike Valentine’s Day.

How to Celebrate International Women’s Day on March 8th

The gift-giving tradition of Russian Women’s Day is so entrenched and considered so important that the Levada Centre (one of Russia’s biggest and most reliable independent pollsters) has been conducting surveys on March 8 gift-giving trends and preferences since 1997. The conclusion is that on IWD, Russian women want to be given gifts, and nearly half prefer to receive flowers.

The second most-popular gift-category today is cosmetics and perfume, followed by chocolates, jewellery and being taken out to a restaurant or the theatre.