Nobody likes a squealer 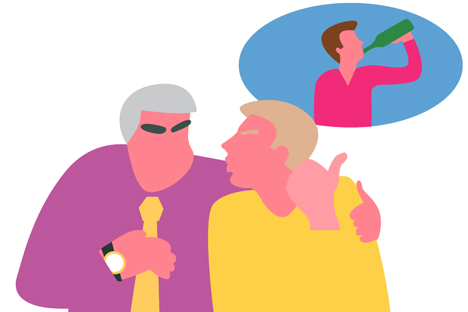 Anyone born in the USSR learned from infancy that there is no insult worse than "tattletale". A tattletale is society’s worst enemy. Children absolutely hate tattletales and even teachers have no respect for them, even though it would seem that they should have an interest in liking their informants. When children grow up, their behavior will be labeled with different words - a snitch, a squealer or an informer.

Being a tattletale has always been regarded as one of the vilest crimes in Russia. The reason is that there has never been a tsar, president, general secretary or any other leader about whom people would not say negative things behind their backs.

Over the past hundred years in tsarist Russia and in the USSR, millions of people served out sentences in prisons and camps after being reported. How could they have possibly liked informers? And the rest - the ones who had plenty of time to speak with those who had been sentenced and to learn some moral laws brought back from behind the barbed wire – what reason did they have to respect sneaks?

Employees decide to squeal on colleagues for various reasons. One is simply to slander, but some people will even lie just to badmouth a contender for a post they would like to have for themselves. On the other hand, some employees take the decision to “blow the whistle” in order for justice to prevail, for example, regarding a negligent colleague whose irresponsibility is causing the enterprise significant problems.

The head of one metallurgical enterprise recalls one case from his practice during Soviet times: "One time during a party meeting at our factory, Ivanov said that the day before Petrov had told political jokes in the smoking room, and that at that time in the RSFSR penal code there were criminal penalties for this kind of behavior.

“Later Petrov got ten years in prison for such anti-Soviet agitation. But this decision was considered valid and just only by those who had some kind of respect for the RSFSR Penal Code - for these people Ivanov was a good citizen, a vigilante for the truth and the bright future. And for those who hated this Penal Code, Ivanov officially became an informer. I personally thought of him as an informer, but the law is the law."

Regardless of what drives these kinds of people, in the Russian corporate structure nobody will ever forget such behavior – it’s a stain on your reputation for life.