The embattled peninsula: The struggle for Crimea during WWII 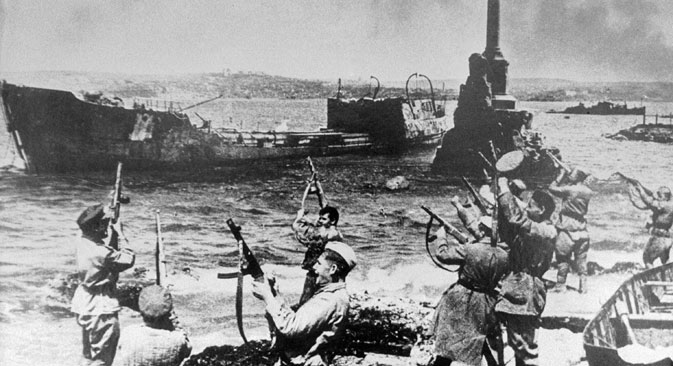 At the outset of World War II, Sevastopol was one of the world’s best fortified sites. During the years from 1941 to 1944, the Crimean peninsula saw some of the most dogged fighting on the Eastern Front as it was first captured by the Germans and then retaken by the Red Army.

For the USSR, the peninsula served as an important naval base and airfield for attacks on Hitler's oil reserves in Romania. After the defeat of the Red Army in 1941, it was a natural fortress that drew the enemy forces away from their main thrust.

For the Germans, capturing Crimea in 1942 gave them access to the Caucasus region and control over communications in the northern Black Sea area. In 1943, the peninsula had to brace itself again, diverting the attention of Red Army forces that were advancing west.

The peninsula lived through three years of terror, during which almost half of its people perished.

At the beginning of World War II, Sevastopol was one of the best fortified sites in the world.

Its defense included dozens of artillery positions, minefields and two land batteries - the BB-30 and BB-35 - which the Germans dubbed “Maxim Gorkys”, as well as the 365th anti-aircraft battery, which the Germans called Fort Stalin. The battlements were linked by an underground network of tunnels and arsenals that had been carved out of solid rock. 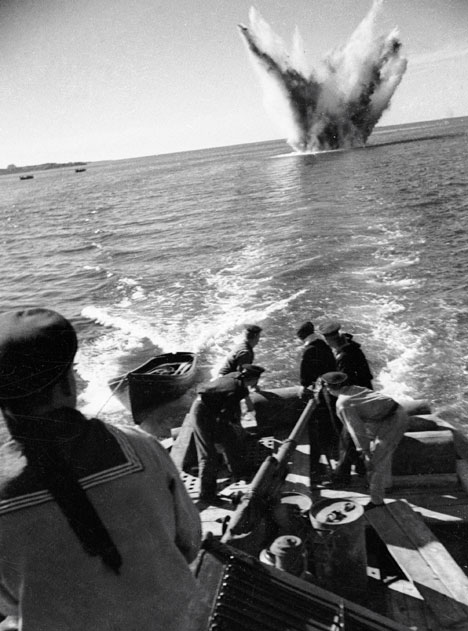 The Germans were unable to capture the city as they advanced in the fall of 1941, and when the Soviet army liberated part of the Kerch peninsula on January 2, 1942, the Germans recalled their troops from Sevastopol.

However, they didn't succeed in gaining a foothold on the Kerch peninsula. During the retreat, the Soviet troops suffered heavy losses. Soviet troops that had been providing cover for the evacuation (about 10,000 people) found themselves unable to cross the strait and were forced to take up defensive positions in Adzhimushkai quarry along with some local residents.

The quarries became the last line of defense of Crimea, though the Germans eventually captured them only four months later. At the end of the 170-day siege, only 48 people remained alive out of approximately 13,000 people.

Even before the Germans invaded Crimea, an infrastructure had been created for guerrilla warfare. Caches of weapons and supplies had been put together and the leadership for future squadrons was set up.

During the Nazi occupation there were more than 200 active underground organizations and groups consisting of up to 2,500 members in Crimea. Guerrillas organized acts of sabotage on the railways and attacked the enemy garrisons.

The popularity of the guerrillas was boosted by the "new order" established by the occupiers, which called for the systematic extermination of the local population.

Thousands of people were thrown into concentration camps, the largest of which was located at the Krasny collective farm.

Crimean Tatar nationalists collaborated with the punitive detachments that fought аgainst the locals and guerrillas.

More than 60,000 Crimeans fought in the Red Army, and it is estimated that around 17,000 Tatars fought alongside the guerrillas. A Crimean Tatar named Sultan Amet-Khan became one of the most famous Soviet aces of the war, personally shooting down 30 enemy aircraft.

Advancing Soviet troops reached Crimea in the fall of 1943 and were able to capture bridgeheads for launching an offensive in the northern and eastern parts of the peninsula.

During the winter of 1944, Soviet troops saw constant combat, but were unable to recapture the peninsula.

In Crimea, the Germans created a powerful, staggered defense with 195,000 soldiers and officers. About 470,000 Soviet troops participated in the decisive attack.

On April 8, 1944, Soviet troops launched an offensive in the north of the peninsula. Three days later they had cleared the Germans out of the east and by April 18 had retaken all of Crimea, except Sevastopol.

After brief training, an offensive began on May 7 on the area fortified by the Germans outside Sevastopol. The main attack was launched in the same place where two years before the Germans had laid siege, at Sapun Ridge. 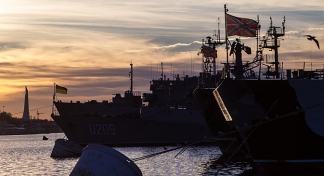 After a heavy air and artillery bombardment, assault units advanced. Sapun Ridge was taken by the evening, and the next day the enemy was beaten back from Mekenzievy mountains.

On May 9, a year before the victory over Germany, the final assault on Sevastopol began at 8 o'clock in the morning.

The offensive push was so intense that some fighters who had no boats grabbed anything they could to cross the bay, and there are even stories of the use of coffins that had been stockpiled by German supply officers. By the evening of May 9, Sevastopol was completely liberated.

Hitler's remaining troops retreated to Cape Chersonese and were surrounded with their backs to the sea.

According to the memoirs of survivors, the sea was so full of the corpses of enemy soldiers, horses, cars, and military equipment that the water was barely visible for the first 100 meters from the shore. Thus ended the German occupation of Crimea.

Read more: The Siege of Leningrad: My personal take>>>