Surrogacy in Russia: What are the options for childless couples? 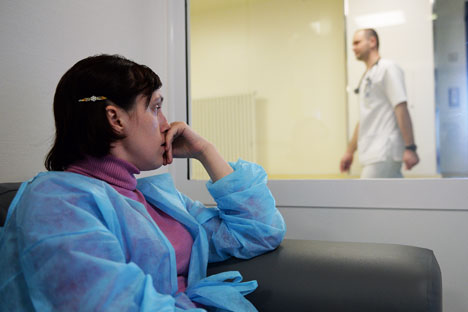 In Russia, the U.S., South Africa, and Ukraine, surrogacy is not only allowed but can even be commercial. Source: RIA Novosti

According to official figures, there are some six million women and four million men in Russia who are not able to have children. Couples who cannot have children of their own can resort to the services of surrogate mothers, ready to bear a child for a fee. RBTH explores how this works in Russia and looks at the advantages and downsides of this option.

Aida is from Ufa, in the Russian republic of Bashkortostan, and has a problem shared by millions of other women in Russia today – she is childless, and cannot conceive. For 10 years, Aida and her husband have been trying to have a baby, without any success. In desperation, the couple decided to venture down the road of surrogacy in their quest to begin a family.

Surrogacy is a reproduction technology whereby a woman gets pregnant through a transfer of an embryo created by IVF (in vitro fertilization) to bear a baby that is genetically not related to her and that will then be handed over to its biological parents. It is they who will be considered the child's legal parents despite the fact that the child was born by another woman.

“One underwent all the medical checks and treatment, which we had paid for, and right before the start of the program, it turned out that she had started a relationship and was embarrassed to tell us… The other girl met all the medical criteria but a more thorough check revealed that she had concealed some data," says Aida.

Charities see the promise in every child

Under Russian laws, a surrogate mother can be a woman aged from 20 to 35, who has at least one healthy child of her own, who has supplied a medical certificate certifying to her good health and has given a written agreement to undergo a medical procedure. If she is married, a written agreement from her husband is also required.

Aida is now looking again: "There are many fears and concerns and they grow bigger every day. We are anxious for the women to follow all of the doctors' instructions and treat this seriously." Aida thinks the Russian laws are not much help in this regard: "Biologically, a surrogate mother is not the baby's mother but since it is she who gave birth to it, she automatically becomes its mother. This is the biggest problem."

Surrogacy is banned in Austria, Germany, Italy, Norway, Sweden, France, Switzerland, and some states in the U.S. In Israel, Canada, the UK, and some U.S. states it is commercial surrogacy that is banned. In Russia, the U.S., South Africa, and Ukraine, surrogacy is not only allowed but can even be commercial.

However, due to the ethical issues involved, surrogacy remains quite a taboo subject and there are no relevant statistics available. In most cases, both sides – the parents who have resorted to this radical solution and the surrogate mother – prefer not to talk about it. Often, in order to conceal the truth and make everything look natural, women even imitate pregnancy, go on maternity leave or move abroad for a while.

There are different ways of finding a surrogate mother. Some women ask their female relatives or friends to provide this delicate service. There are also specialized clinics that have databases with details of potential surrogate mothers. There are also intermediary companies that take care of the financial and legal aspects of the transaction.

Surrogacy does not come cheap. Prices vary from $15,000 to $50,000, including accommodation, food, a surrogate mother's medical bills and her fee.

Yet, there are no guarantees that everything will go according to plan. A surrogate mother can refuse to give up the baby – and in Russia conflicts of this type are resolved in her favor.

In order to avoid possible difficulties on this score, it is necessary to have a contract clearly setting out the sides' obligations and allowing for penalties for noncompliance.

There are also instances when biological parents refuse to take the baby if it is born with a serious medical condition. Sometimes, twins are born.

Marina is from Moscow. Last year she became a surrogate mother. She is 29, married and has a child of her own. Marina does not understand why many people do not approve of surrogacy: "I see absolutely nothing wrong there. Everybody is happy: the parents, the surrogate mother, the baby. Why can't I help people to become parents?"

Although before she joined the program, Marina had some serious concerns too: "I did not know how the relationship with the baby's future parents is formalized. I was afraid of being left with somebody else's baby on my hands. I was afraid of having a difficult pregnancy."

But everything went well: Marina gave birth to a healthy baby for a married couple and is now continuing with her own life. "They say it is impossible to give to other people a baby you have carried and given birth to. But from the very beginning I knew that it was not my baby, that I carry a huge responsibility, that these people rely on me," Marina says.

Yulia, 25, from Chelyabinsk, did not have it all so easy. Several months ago, she gave birth to a baby and handed it over to its legal parents, but she has still not been able to come to terms with it: "I realized that I must give him up. I had no intention of making a scene, begging them to let me keep him. But you have no idea how hard it is! I want to be his mother, to hear his first words, to see his first steps."

She wants to become a mother again, but not a surrogate one: "Probably, this is just not for me. It is easy to say that it is all my fault, that I knew what I had agreed to and so on,” she says.

“But those who have not experienced it will never understand what it feels like when a woman has to give up a baby she has grown attached to during pregnancy."