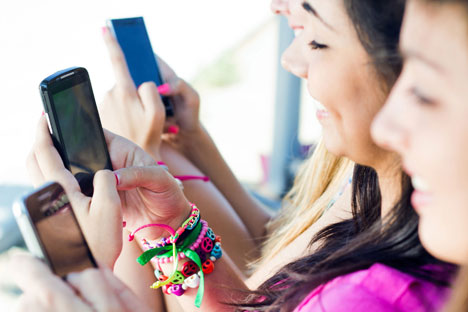 The anonymous website Secret was supposed to encourage whistleblowers. What is it really being used for?

Judging by his elevator selfie, Peter is about 30 years old. He works for the Federal Security Service (FSB) and has an iPhone. Peter likes to check in at nice restaurants and post pictures of his food. His Instagram profile features shots of tiramisu and sushi. He also checks in at his office headquarters at Moscow’s Lubyanka Square and posts pictures of its halls and rooms. His Foursquare profile has a photograph of a man lying face down on the floor, hands tied behind his back. The man’s left arm is broken. The photo is geotagged: it’s some dormitory outside of Moscow.

Vladislav also works for state security, but he is an employee of the main intelligence directorate in the Ministry of Defense, the GRU. He has a selfie standing next to the checkpoint at the entrance to the building where he works. He also has a lovely wife, drives a Toyota and lives in Annino. He goes to the pool on Fridays and is trying to lose weight.

The Russian Internet comes of age

David Byttow, the creator of the anonymous network www.secret.ly (Secret) believes that Russians do not fully understand Internet anonymity. Vladislav and Peter prove his point. Despite being security service employees, they seem to place showing how cool they are above online safety.

Given Russians’ nonchalance about online privacy, it is a little surprising that Secret, which went online in Russia at the end of May, has become so popular. The site allows users to make posts on an anonymous social network without having to worry about their identities being discovered. Could the site be the Russian answer to WikiLeaks? So far the Russian-speaking population hasn’t been using it as a whistle-blowing tool. The majority of users post about sex and failed relationships. “You think Russians are interested in Putin, Ukraine, Crimea and corruption? No, all they need is sex and cuddles,” wrote a disappointed Moscow journalist on the third day after the Web site launch, hoping instead for some juicy leads.

In San Francisco, Secret has become a place for gossip about the technology industry. In London, users post about neighbors who were terrible students, but now make a lot more money than they do. Muscovites write about former lovers who turned out to be gay or slept with their best friend’s wives. They write about where to have sex in the office and who the director of sales used to sleep with before she became the director of sales.

Secret representatives say that the anonymous service was not created so that people could publish graphic photos or gossip about each other.  Two days after the launch of the site’s Russian version, the company’s office in San Francisco hired two Russian-speaking employees to monitor posts. “We want the rules of our service to be understood by the international community, and we want people to be just as responsible about what they post in Russia as they are in the States,” said the company’s marketing director, Sarahjane Sacchetti.

When asked why he thinks Secret users in Russia have turned the service into a place for inappropriate discussions of private lives, David Byttow said: “You tell me, because I have no idea.”

One user, who wanted to be referred to only by her nickname, Lightning, said that Russian users don’t get enough opportunities to discuss their private lives. In Russia, she said, Facebook has become a platform for political statements; Twitter is used to discuss the news; and discussions about work are reserved for in-person chats with friends. “Real, everyday problems are not news; they are feelings,” said Lightning. “The Internet doesn’t leave enough room for such discussions. Moreover, talking about relationships is embarrassing, and your public image on social networks should demonstrate that you’re involved in politics and serious issues in the country. And you really are invested in these subjects, but sometimes you want to talk about other things. The problem is that such discussions come off as irrelevant.”

Another user, who goes by the name of Fish, likes social networking but called the content on Secret “irresponsible infantilism.” Fish thinks that Secret reveals childish attitudes and a schoolyard culture. “It’s like writing ‘Masha slept with the gym teacher’ on a desk,” he said. “The message will be read by your friends and friends of friends, and everybody will know which Masha the note is talking about, but nobody will find out who ruined the desk with the message.”

Perhaps the content of the site is an indication of the frustrations of its audience. In Russia, Secret is mostly used by mid-level professionals in the creative spheres, many of whom are frustrated by the state of the economy and political scene. These kinds of people use Secret as a way to let off some steam and escape worries about their careers and futures.

Recently a British friend wrote me the following text message: “I can’t meet up with you next week, I want to sleep with this girl I know.” In English, it’s possible to write this phrase so it doesn’t sound completely vulgar. In Russian, however, the sordidness cannot be avoided. There is no neutral language in Russian to use to talk about sex. Russian has either medical terminology or vulgarities. Americans have convenient expressions such as “first base,” “second base,” or “third base” to tell a small group of friends about their last date. Russians don’t have such stand-ins, but now they have Secret.

Tonya Samsonova is the London correspondent for the radio station Ekho Moskvy (Echo of Moscow).

Read more: Russian entrepreneur to revive Hot or Not in the United States