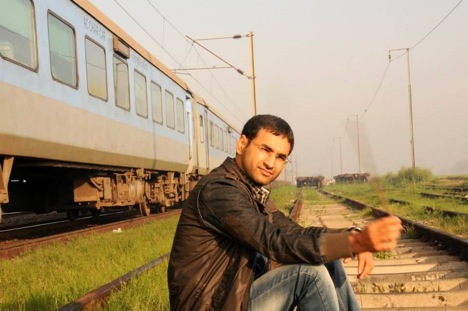 More than 250 teachers of Russian language and literature from Europe, Asia, and America took part in the contest.

Girish Munjal and Ranjana Saxena from Delhi University along with Sonu Saini from Jawaharlal Nehru University were awarded special prizes in an international contest titled ‘The Best Teacher of Russian Literature Abroad.’

Saxena was named the winner of the first correspondence round while Saini and Munjal were chosen as the victors in the special category titled ‘Media technology in the service of Russian language and culture.’

“For me the most interesting thing was the process of participation in the contest itself,” said Saxena. “It was not victory, nor the fact that I became the contest winner, but that, after several years, I was able to be a student again. I lived with the very same fears and the very same joys.”

The annual contest is aimed at popularizing the Russian language around the world, providing guidance to foreign teachers in their teaching of Russian literature, and the creation of a professional informational environment for the exchange of innovative pedagogical solutions, methods, and findings in teaching practice.

The first round is held through the contest’s official website. Successful contestants are then invited to Moscow to participate in the competitive trials of the second round, which is in person.

In 2014, more than 250 teachers of Russian language and literature from Europe, Asia, and America took part in it.

The language of Pushkin with modern technologies

Sonu Saini tries to find similarities between Russian and Sanskrit. Another of his techniques is to teach the Russian alphabet through songs, and words and grammar through games.

After lectures on literature, a film related to the work studied is watched and discussion ensues. As for homework, students are divided into teams. Having read a book, they dramatize it by putting on something like their own mini-plays.

He created his own website about four years ago. “I decided to compete in the contest as soon as I found out about it,” said Saini. “The language of Pushkin with modern technologies is one of my main interests.”

In his words, “the motivation is not only winning this contest but also maintaining interest in the preservation of the Russian language in India.”

Indian interest in Russian on the rise

The Russian language is currently taught in more than 30 universities and 16 schools, as well as in various language centres and courses, including at the Russian Centres of Science and Culture in New Delhi, Kolkata, Chennai, Mumbai, and Thiruvananthapuram.

About 20 colleges and universities across India are looking to attract Russian language teachers from Russia. In the 2014–2015 academic year, there are plans to offer government funds to around 40 Indian students to go to Russia to study at the bachelors, specialist and graduate levels, and to 9 students to  get training in teaching Russian.

Recently, a number of legislations were adopted to improve study conditions in Russia.

Prospective students can now designate one or more universities where they would like to study. Previously, they could choose only the area of study and the Russian Ministry of Education chose the institution.

In the past, foreign students in Russia were not allowed to work, but since January 2014, in accordance with changes to the Law Concerning the Legal Status of Foreign Citizens in Russia, they can study and work at the same time.

In addition, before the end of the year, Russia and India are supposed to sign the Agreement on the Mutual Recognition of Higher Education Diplomas. This agreement will make it possible to increase the number of students studying abroad, either on government stipends or at their own expense.