Cultural Relations: The ties that bind in difficult times 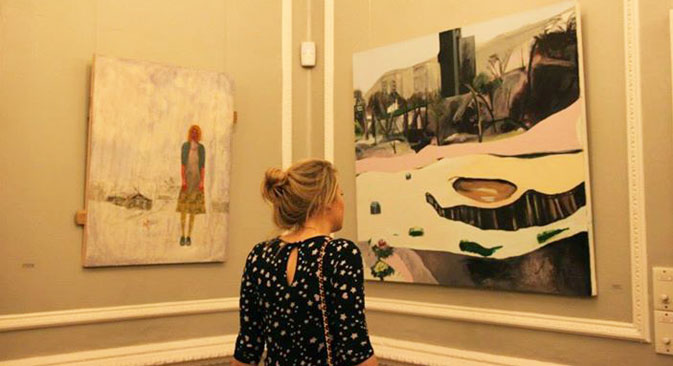 As relations between Russia and the West grow increasingly strained, cultural exchanges may build a bridge over the troubled waters of politics. Nikolai Gorshkov looks at some Russian and British cultural organisations that keep up the dialogue.

When political leaders and diplomats from different countries struggle to communicate in a cultured way, it is the artists, poets and museum curators who may bring sanity back to international relations.

There is no shortage of cultural bodies, grass roots and state sponsored, that are working to keep up the dialogue between Russia and Britain. One of them is the Russkiy Mir Foundation, established to promote understanding and peace by supporting and encouraging an appreciation of Russian language, heritage and culture.

The Russian word mir stands both for “peace” and “world”, as well as “community”. That’s what Leo Tolstoy actually meant when he wrote what was translated into English as “War and Peace” (Voina I Mir in Russian). His masterpiece was as much about the contrast between the War and the Peace as it was about their impact on the society and the world.

While Russkiy Mir is a new kid on the block, Pushkin House is a veteran of the British-Russian cultural scene and turned 60 this year. Named after the Russian poet, it was established for the “enjoyment, understanding and promotion of Russian culture in all its forms”.

Its inception coincided, or perhaps was spurred, by the post-Stalin “thaw” in the Soviet Union which was most prominent in culture and the arts. Those years saw the first visits to Britain by the Bolshoi and Kirov (Mariinsky) Opera and Ballet companies that took the country by storm.

These days there are as many tours by Russian orchestras and ballet companies as there are Russian conductors working with British symphony orchestras. Yet, Pushkin House continues to serve as a home and dedicated showcase for Russian culture in London, a focus for Anglo-Russian cultural exchange, a provider of education and information on Russian language and culture, as well as a resource and networking centre for individuals and institutions. Its executive director Ursula Woolley brings a wealth of experience of working in Russia for that leviathan of cultural diplomacy, the British Council.

The British Council was founded exactly 80 years ago by Sir Reginald ('Rex') Leeper, a British diplomat convinced of the importance of what he termed 'cultural propaganda' in promoting Britain.

With an annual turnover of £900 million, it works in over 100 countries, offering English language teaching, educational opportunities and cultural exchanges to millions of people.

Russia features prominently and not just a country with great political and geographical significance, says Paul de Quincey, country director of British Council Russia. “In our world it’s a country with huge importance to culture,” he told RBTH. “The depth of Russian culture is huge, it goes back a long way. The quality of cultural institutions here is world renowned, so in many ways it is different from a lot of countries that I was covering.”

He was instrumental in shaping 2014 as the year of British-Russian cultural exchanges and believes the upheaval of the Ukraine crisis should not interfere with the extensive programme of cultural events in both countries. “We have found that in the cultural world people are wanting to overcome some of the problems and some of the hurdles”, said de Quincey. “All our Russian partners continue to cooperate. We had no cancellations of events up until now.”

Unlike the British Council’s founding father, Mr. Quincey prefers not to call this work “cultural propaganda” or “cultural diplomacy”. He said: “It’s much wider than diplomacy and much softer than diplomacy. Our area is cultural relations, building trust and engagement between countries.”

It’s a two-way street and while a broadly similar Russian institution, Rossotrudnichestvo (RS), is only six years old this September, it boasts an impressive list of activities and partners in the UK - Pushkin House among them. The UK Representative of Rossotrudnichestvo, Anton Chesnokov, admits that the name of his organisation does not lend itself easily to a foreign ear. It would be better to bear the name of Pushkin he says but it’s taken by a partner organisation. There is brainstorming going on at Rossotrudnichestvo for a catchier and more recognisable name.

The remit of Rossotrudnichestvo is wider than just cultural exchanges with the host country, says Chesnokov. It actively works with Russian compatriots abroad, helping grass roots expat organisations keep ties with Russia, and with local people interested in things Russian. For example, it supports Znaniye Russian School, a leading independent supplementary school operating from several locations within the UK. The school caters for children whose mother tongue is Russian, especially those living in socially-deprived areas, helping them to break down language and culture barriers and fostering a sense of inclusion into their new community. Another example of its work, Chesnokov says, is a Russian Chess School for children aged 5-16, set up in cooperation with the UK Chess Academy.

With Russia featuring prominently in Western media these days Rossotrudnichestvo is offering British journalists a chance to visit Moscow and meet their Russian counterparts, establish professional contacts, cooperate on writing stories about Russian culture and art, and even take part in a competition for “Co-Creation” of stories about Russia, run by Russkiy Mir. The idea is to challenge “lazy journalism” which breeds ignorance, fear, stereotyping and condescension.