A Russian conundrum: Yes to both history and modernity; no to Hollywood and geckos 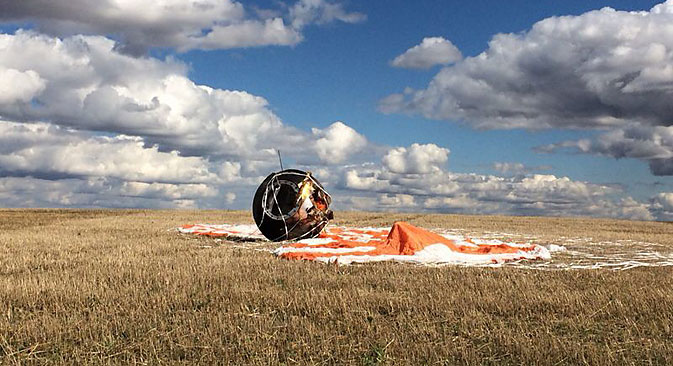 A British eye on what was happening in Russia last week: A Russian warrior finally returns home, space reptiles suffer an unexplained end and Moscow's traffic jams come under the cosh.

Space the final frontier…. if you're a gecko

No word on whether the five geckos that died while aboard a Russian Photon-M research satellite will be afforded a full state funeral on Red Square.

Experts at the Russian Institute's Academy of Sciences' Institute of Medical and Biological Problems had been hoping to gather valuable information in an experiment on weightlessness and sexual behaviour among the small reptiles, four male and one female.

But the tiny creatures were all dead after the satellite research station returned to earth near Orenburg after 42 days in orbit.

Launched from the Kazakhstan's Baikonur cosmodrome July 19, the mission was dogged with failures, including an early loss of contact with the cold-blooded critters.

Control was re-established but the subsequent failure of an on-board video monitor has left scientists baffled as to the cause of death.

"It's hard to say why they died," said Vladimir Sychev, supervisor of the mission's biological experiments. "They could have been influenced by zero gravity or something else. The geckos stayed alive in a ground experiment with the same parameters."

Starvation has been ruled out – the lizards' tail weight suggested they were alive up until a couple of days before the rocket returned.

Fruit flies, kept at a safe distance from any hungry reptiles, survived the flight and information from the three breeding cycles they completed while in orbit will be of great value, the research team says.

Too late to ease the transit of experimental space reptiles around the Russian capital, but for more ordinary Moscow motorists plans to introduce congestion charging could ease the frequent nightmares of gridlock traffic jams.

Options for charging for the use of the city's MKAD outer ring road and the inner 'third ring' are being drawn up by city transport bosses.

It's an idea that is long overdue in a city that has only just begun to introduce paid on-street parking in the centre.

While some might grumble that Moscow is losing its essential anarchic freedom to drive (and park) wherever one wishes, the arguments for congestion charging are economically and politically sound.

Robert Skidelsky, a British economist and member of the House of Lords of Russian origin, spelled out the logic as long ago as 2004.

"One of the first Russian words I learnt was 'probka', or traffic jam," he wrote on his blog. "It must take longer to get round Moscow by car than any other city…Yet there is a perfectly simple solution. It is called 'road pricing.'

When road pricing was introduced in London in 2003, traffic volume fell by a third and traveling time was cut by 10%. Motorists started using buses and taxis rather than pay £5 (now £11.50) a day.

Lord Skidelsky added: "There are many objections, the most frivolous is that it will not work in Russia. This is part of the boring argument that nothing that works anywhere else will work in Russia, because Russians are different."

Filmmaker Andrei Konchalovsky is no stranger to Hollywood. The director and producer spent many years in Tinseltown and once lived with actress Shirley MacLaine.

Cinematryoshka: Andrei Konchalovsky, the darling of the Venice Film Festival

But now he seems to have tired of American cultural domination. In an open letter to the Russian Oscar Committee, he demanded the withdrawal of his latest film from nomination for best foreign language film in the annual Academy Awards.

Konchalovsky said he did not want "The Postman's White Nights" – which won him the best director's Silver Lion at the recent Venice Film Festival – to compete for the prestige award.

"Over the last few years, I have sharply criticized the 'Hollywoodization' of the Russian market and bad influence of commercial American cinema on the formation of tastes and preferences of our viewers," he wrote.

"Given that, competing for a Hollywood prize would be absurd for me."

His film had been among those expected to be shortlisted, alongside Cannes best screenplay award-winner, Andrei Zvyagintsev's "Leviathan."

Return of the native

With the United Kingdom and much of Europe obsessed with commemorating this year's centenary of the outbreak of the First World War in 1914, older conflicts have been largely forgotten.

Russia, which suffered as grievously as any of its allies (Britain and France) in the "war to end wars", however has a longer memory.

Brothers in the Baltic: How Russia and Britain sealed the blockade of Germany’s navy

And thus it was that Russia's minister of culture – and Napoleonic War buff – Vladimir Medinsky found himself on the field of the Battle of Borodino last week to officiate at a sombre ceremony.

For here, outside Moscow where Russian forces under Marshall Mikhail Kutuzov, fought the French in September 1812, the last Russian soldier from the Great Patriotic War, was laid to rest.

The internment of the remains of soldier, who died from wounds received at a battle near Nogent-sur-Seine in 1814, after Russian forces hounded Napoleon's army back to Paris, closes a 200 year old chapter in Russian history.

"It seems to me to be symbolic that we are burying the remains of an unknown Russian solider who liberated Europe in this particular place," Medinsky said.

The remains of the soldier were returned thanks to the efforts of a group of teachers in the French town of Provins who discovered the man had died in a nearby military hospital.