Pulling readers’ legs: 6 of the best April 1 stories from the Russian media 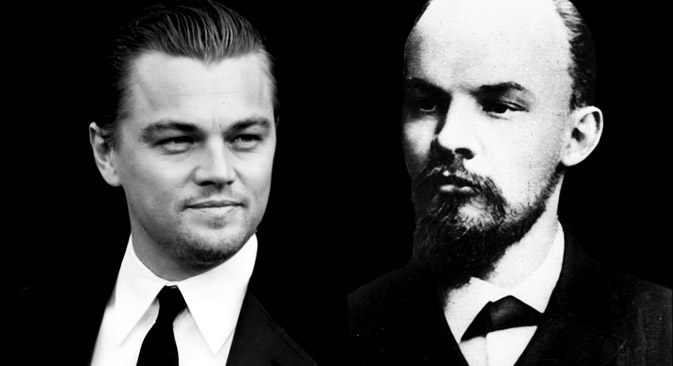 In 2013 Kinopoisk.ru talked about the plans of the famous Hollywood actor Leonardo DiCaprio to play the role of Vladimir Lenin in the movie version of Robert Service’s book 'Lenin: A Biography'. Source: AP, Wikipedia.org, RBTH

April 1 is traditionally an excuse for media outlets around the world to have a little fun at the expense of their readers, and Russian newspapers and websites are no different. The RBTH editorship has collected a selection of the best April Fool’s Day jokes published by the Russian press in previous years. And we’re serious.

Supermodel Naomi Campbell has entered the ranks of the United Russia Party, wrote The Moscow Times in 2010. The celebrity was supposed to help improve Russia’s image in the eyes of world society. “She has already modernized the world of fashion. Now she is modernizing Russia,” the newspaper cited a source in the party’s press service that was, however, “not authorized to communicate with the press.” The news was released against the backdrop of the modernization taking place in the country as part of reforms being carried out by then-President Dmitry Medvedev.

Russia is building an unmanned passenger plane, the site Aviation Explorer asserted in 2010. The cost of the project was estimated at $10-50 billion, and an elongated model was planned for the Middle Eastern market. It was planned for the flying apparatus to be installed with a laser system for destroying rockets and “in general, anything that moves.”

The traffic police will install plastic dummies of girls in bathing suits on the sides of roads, wrote the site auto.mail.ru (the original link is no longer available) in 2010. The controversial initiative was supposedly aimed at lowering the number of traffic accidents: According to the non-existent official that the web portal cited, drivers, upon seeing such beauty, would not only immediately start observing traffic rules and regulations, but would also lower their speeds and sometimes even get out of their cars to take photographs with the plastic model.

The first official Apple Store in Russia will open in the place of the mausoleum in Red Square, said the site AppleInsider.ru in 2011. Apple management supposedly planned to “send to the dustbin of history” the mausoleum and its long-deceased occupant, Vladimir Lenin.”

DiCaprio to play Lenin in story of his life

In order to somehow offer support to Communists upset over the previous news, in 2013 the website kinopoisk.rutalked about the plans of the famous Hollywood actor Leonardo DiCaprio to play the role of Vladimir Lenin in the movie version of Robert Service’s book Lenin: A Biography. The outlet cited Lionsgate president Steve Beeks, who allegedly made the statement that “Hollywood has recently been flooded with letters from Russia in which the authors propose that Leonardo DiCaprio play Vladimir Lenin because of his resemblance to the Soviet politician.”

Keep calm and behave at the movies

A special patrol will monitor the observance of calm and discipline in Russian cinemas, asserted the same kinopoisk.ru in the same year of 2013. Specially trained people will supposedly ensure that the audience members turn off their phones and do not make noise. In cases of non-compliance with the rules of conduct in cinemas, the movie-monitors will give notice to the viewers. In cases of disobedience, they will be expelled from the hall. The initiative aims to encourage middle-aged and older people to return to the cinemas since they prefer to watch films at home due to the "enthusiastically kissing couples and teenagers chatting on phones," wrote kinopoisk.ru.