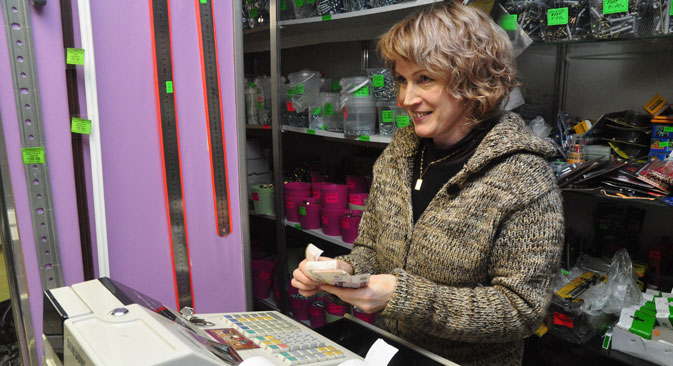 In Russia, 86 percent of staff welcoming customers with a smile. Source: PhotoXPress

Russia has come 15th out of 69 countries for the friendliness of its customer service, according to data from the Smiling Report, an annual evaluation of how warmly shoppers are greeted around the world. Analysts and industry insiders say that Russia’s approach to customer service has drastically changed in the last 10 years – a period that has seen its “smile index” increase by almost 100 percent.

The results of a new survey of “smiles” indicate that Russia may finally be shaking off its reputation for surly service staff and adopting a friendlier and more outgoing approach to dealing with customers in the retail sector.

The country, which has suffered from an association with poor customer service since the days of the USSR, came a surprising 15th out of 69 countries with the most smiling salesmen, according to data from the Smiling Report, an annual evaluation of smiles, greetings and add-on sales across a range of industries carried out around the world by Better Business World Wide.

Sixty-nine countries participated in the 2014 study, organized by the Mystery Shopping Providers Association (MSPA). The 2014 results are based on more than 1.7 million responses from mystery shoppers, anonymous customers who provide feedback on the degree and friendliness of the service at the locations they visit.

Smile for the customer… or not

The country with the most smiles in 2014 was Ireland, where customers received a smile in shops, hotels, restaurants, dry cleaners, banks and other services in 97 percent of cases. In second place were Greece and Puerto Rico with 93 percent, while Lithuania came fourth with 92 percent.

The worst results were obtained in Slovenia (46 percent), South Korea (47 percent), Hong Kong (48 percent), Macao (55 percent) and Croatia (56 percent). The most significant smiling achievement in 2014 was made by the Chinese, who improved on their 2013 score of 58 percent significantly, boosting it to 86 percent.

Russia also got a rating of 86 percent to come 15th, an improvement on 2013, when it finished 22nd with 85 percent. These statistics represent a vast difference from a decade ago: In 2005, for example, only in 49 percent of cases were the mystery customers welcomed with a smile.

According to Darya Zhukova, Director of the Analysis Department of NEXTEP Research (which collects information from mystery shoppers in Russia), the situation with service in Russia is stable and there is little variation between regions. "In general, there is no difference in "greeting" and "smile" parameters between the regions," says Zhukova. "Results in the central part of Russia are a bit higher, as well as in the north-western and Siberian regions."

The leaders in terms of smiling personnel are beauty salons and auto dealers, with 86 percent of staff welcoming customers with a smile, while the hospitality business is in second place with 84 percent. The lowest indicator is found in transportation companies - only 48 percent.

NEXTEP Research Director Oxana Aukchenkova explained that these high results are due to the fact that companies have realized that polite employees boost sales and attract clients. In order to develop this resource company directors and their staff take hospitality lessons.

Nikolai Scherbakov, president of the National Hospitality Association, says that Russia has come a long way in improving customer service since the 1990s. "We appeared 15 years ago. Back then hardly anyone gave much importance to the quality of service and the first thing we had to do was teach customer service people the philosophy of hospitality," he said.

"We explained how one should behave, that a client should be perceived as a guest, not as a person who should just be brought and given something. People did not understand that they are not belittling themselves by greeting a client at the entrance of a restaurant, but are helping the person acclimatize to their home, where they have come as a guest." 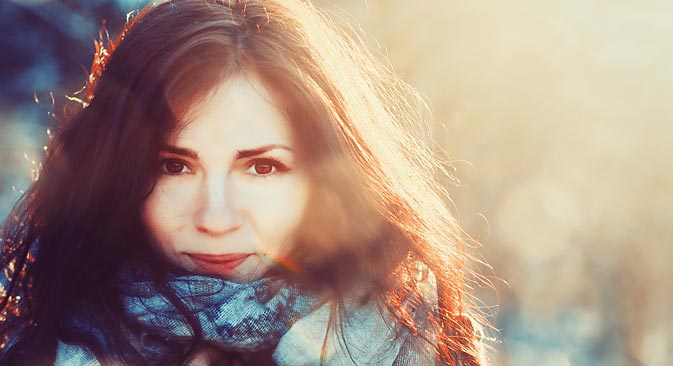 Scherbakov sees plenty of progress today. "Near my house there are many shops and restaurants of various levels. I go there often and must say that I cannot complain. Honestly, these are small establishments. I don’t know how things are in large supermarkets,” he said.

Anna, a 34-year-old marketing specialist who asked for her surname not to be published, frequently travels to various Russian cities and says that customer service staff are friendly and smiley.

The only unpleasant incident occurred near Sochi, in the south, when a hotel administrator responded rudely and refused to deal with a problem. "In the end we managed to find common ground, but the unpleasant recollections remained," said Anna. "In the other cases all the administrators and waiters were extremely polite."