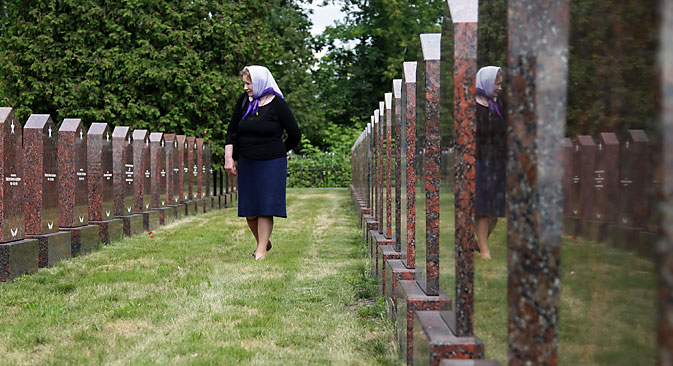 The first quarter of 2015 saw the mortality rate in Russia grow by a surprising 5.2 percent, with analysts particularly puzzled by a 22-percent rise in the death rate among those suffering from respiratory illnesses. Experts are so far reluctant to attribute these figures to a single specific cause.

Russian experts are struggling to make sense of an unexpected jump in the number of deaths registered in the country in the first few months of 2015.

According to official figures released by the Russian State Statistics Service (Rosstat), in the first quarter of 2015, the mortality rate in Russia – the number of deaths in the country, scaled to the size of the population – grew by 5.2 percent compared to the same period last year. The rise in mortality was registered in February and continued in March.

The overall number of people who died in the first quarter of 2015 was 507,000, up 23,500 compared with the first quarter of 2014. The highest increase in mortality (22 percent) occurred among people suffering from respiratory diseases, followed by diseases of the digestive system (10 percent), infectious diseases (6.5 percent), and blood circulation disorders (5 percent). At the same time, infant mortality and mortality from external causes, including murder and suicide, are falling. This trend has been observed for the whole of the country.

Experts are reluctant to speculate on the strength of three months’ worth of statistics, saying that the figures may even out throughout the rest of the year and there is not enough data available to arrive at any conclusions.

“It is currently difficult to conjecture what this growth could be attributed to because it is not known which categories of the population showed an increased mortality rate,” says Alla Tyndik, a senior research associate at the Russian Presidential Academy of National Economy and Public Administration. “The desire to link these negative statistics to the economic crisis or to the reform of the health care system is so far unjustified.”

Judging by previous research, in order to link a rise in mortality rate to an economic crisis, statistics should show a dramatic growth in the death rate among the working-age male population in towns and cities.

“During the previous crisis in the 1990s, those deaths were in the majority. The current crisis is likely to have an impact too, but not so fast. If medicine prices continue to rise and health care continues to deteriorate, mortality will rise among the elderly,” Tyndik explains, adding that there is also another explanation: “Life expectancy is rising and people who used to die at 70 have lived until 80 and are dying now.”

The latter thesis is shared by Sergei Zakharov, deputy head of the Institute of Demographics at the Higher School of Economics in Moscow. He explains that over the past several years, the highest death rate age group (70-75 years) was comprised of the least numerous section of the population, i.e. those born in the 1940s.

“They will soon be replaced by a far more numerous generation of those born in the 1950s, which will result in a rise in the number of deaths even despite growing life expectancy,” says Zakharov.

Changes in causes of death

A senior researcher at the Center of Demographic Research, Yevgeny Andreyev, points out that life expectancy in Russia has been growing fast since 2004.

According to the most recent World Health Organization statistics (from 2013), Russia currently has a life expectancy of 69, placing it alongside fellow former Soviet republics Kyrgyzstan, Uzbekistan and Tajikistan, and just ahead of Kazakhstan, Nepal and Mongolia.

Andreyev attributes the improvement in life expectancy to several reasons: Russians on the whole now drink less alcohol, they have started to monitor their blood pressure, and there has been an increase in the number of heart surgeries.

Having said that, the number of deaths caused by blood circulation disorders has dropped dramatically, which prompts one to conclude that these diagnoses are now given only in those cases when it is impossible to find another cause, Andreyev continues.

“It is likely that when an elderly person dies and there are numerous causes of death, doctors select one that is not related to the blood circulation system. The government has set a target for the health sector to bring down the number of deaths caused by these factors, but things cannot be changed so quickly by medical and preventive measures,” he explains.

One of the categories which showed an increased mortality rate this and last year was respiratory diseases – common cold, flu and pneumonia. “There are grounds to suspect that the flu epidemic may have been at play here,” says Andreyev.

“The idea that increased mortality may have been caused by flu is further supported by a rise in deaths caused by tumors because this figure is usually very stable and in Russia little depends on health care interventions, whereas flu and the common cold may cause death in a body already weakened by another disease.”

One particular feature typical for Russia is an exceptionally high mortality from external causes (road and other accidents, homicide, suicide, etc.), says Tyndik. It is in this area that there is significant potential for reducing the mortality rate, she concludes. 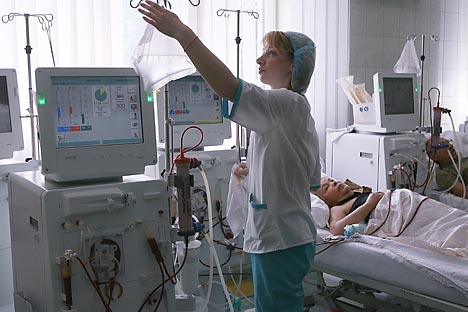 Read more: How Russian healthcare deals with the disparity dilemma