Vung Tau: A tropical abode for Russians in Vietnam 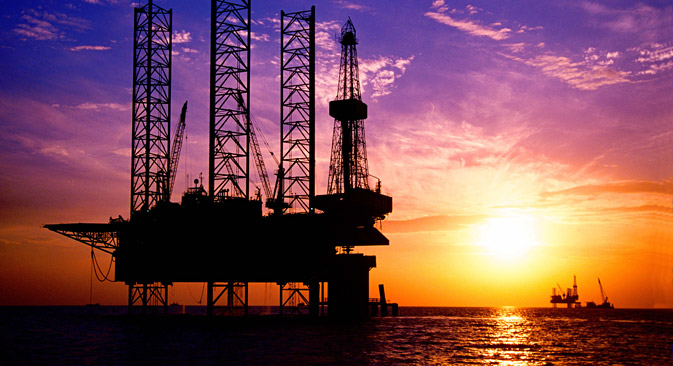 Vietsovpetro has operated in Vietnam since 1981. Photo: Reuters

As a cool breeze from the South China Sea brings much-needed respite on a warm and humid afternoon, a group of Russians patiently queue up at the gastronom (food shop in Russian) to buy borsch, vinegret, mashed potatoes and a variety of main courses on offer. Welcome to Vung Tau’s Russian village: a medium-sized gated community that is home to employees of Vietsovpetro, a Russian-Vietnamese oil and gas explorer.

The village has just about everything a homesick Russian needs in the tropics. Besides the gastronom, there is a cafeteria, a cultural center, a Russian-language school and even Russian-speaking taxi drivers. Over 600 specialists (including a few Vietnamese citizens) along with their families live in the gated community.

Vung Tau was a popular destination for travellers in the colonial era, when the French turned it into a resort town. However, the fighting in Vietnam’s wars of independence brought with it a lot of destruction and ruin.

“The town was slowly recovering from the wars, but it’s the Russians who really gave life back to it,” says Nguyen Than An, a native of Vung Tau, who witnessed the slow transformation of the town before leaving in the early-1990s to study in California.

In 1981, an intergovernmental agreement between the USSR and Vietnam led to the formation of Vietsovpetro, a joint venture between JSC Zarubezhneft and PetroVietnam. The company is now the 5th largest in Vietnam and one of the most successful joint ventures Russia has ever established overseas.

Natasha Makarova, who was working in Moscow before her husband got a job with Vietsovpetro, has been living in Vung Tau for the last four years and enjoys the slow pace of life.

“Compared to Moscow’s rush and madness, I really like it here but the heat does get to me,” she says, adding that there’s always the “option of going to the beach and enjoying a nice swim.”

Although Russian food, including freshly baked biscuits and pastries, is easily available, Makarova has developed a taste for local cuisine. She loves Pho-Bo, the spicy Vietnamese beef noodle soup, and is addicted to Vietnamese iced-coffee.

It’s a dream for many Russians to live in the tropics and to eat fresh fruits every day. Of course, warmer environments come with other ‘perks.’

Maria Budko, the administrator at the Russian village’s kindergarten, noticed an uninvited guest sticking his head in through the bathroom window while she was taking a shower. This was no desperate ‘Peeping Tom’; it was a snake! The non-poisonous snake was the butt of many jokes in the Russian village for a while, Budko said.

After the success of Vietsovpetro, other Russian companies like Dalmorneftgaz have also set up shop in Vung Tau.

Russian employees, who don’t work offshore, enjoy the additional benefit of a 2-hour siesta every day.

“The siesta was the best part of the job,” says Mikhail Starodubsev who worked in Vung Tau for 6 years. “If you can handle the humidity then it’s possible to have an easy and healthy life there,” says Starodubsev, who is from the Siberian city of Novosibirsk. He had some professional problems with Russian colleagues and left the city but plans to open a Siberian-themed restaurant in the near future.

“Besides Russians, there are French, Italian, English and Indian expats, and there’s a huge market for the hospitality industry,” Starodubsev says.

Quite a few shops have employees who can speak decent Russian to go along with English.

“For a long time, Russian was the second language here,” says Nguyen Than An. “Many shopkeepers, and vendors were forced to learn Russian to communicate with customers.”

Like Starodubsev, other enterprising Russians have set up restaurants in the town and there’s even a bar run by a man from the Russian Far Eastern island of Sakhalin.

“After Vietnam and America patched up, many Vietnamese returned to the motherland and English has become the most sought-after language, but with Russians ‘rediscovering’ Vung Tau, there will be more demand for Russian,” according to Nguyen Than An. Russians are also setting up boutique hotels in the nearby seaside resort of Mui Ne, famous for its sandy beaches and ancient Hindu temples.

The political relationship between Russia and Vietnam cooled a bit in Yeltsin era, but over the last few years, Moscow has understood the strategic value of resource-rich Vietnam, which is also poised to be a major Asia-Pacific strategic hub giving the likes of Singapore some serious competition.

On a diplomatic level, there is a great deal of mutual respect and trust between Russia and Vietnam. This helped make Vietnam the first country to sign a free trade agreement with the Eurasian Economic Union.

With increased trade, a larger number of Russian businessmen are expected to move to Vung Tau, giving the city an even stronger Russian flavor.

On a breezy evening, as the last (Russian-built) hydrofoil of the day leaves Vung Tau for Ho Chi Minh City, the latest pop music from Moscow can be heard from a nearby bar. The Russian party in this southern Vietnamese town is alive and kicking.

Return of the Russians: Why the bear is back in Vietnam