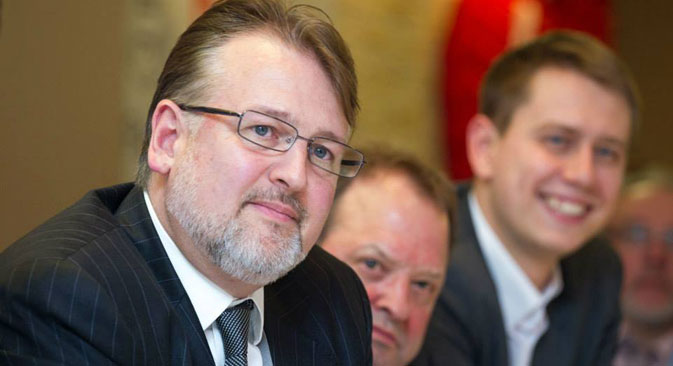 In the 1990s, Kendrick White created one of the first Russian training centers for aspiring entrepreneurs. Source: Personal archive

The dismissal of an American lecturer from a leading position at a Russian university following an “incriminating” report on television sparked talk of an increase in the harassment of foreigners. Russian lawmakers are planning to introduce a “patriotic stop list" – a list of foreign funds allegedly destabilizing the situation in the country. In interviews with RBTH, experts discuss whether the Russian authorities are on a greater course toward isolation.

On June 28, Dmitry Kiselyov, a television journalist and head of Rossiya Segodnya international news agency, reported on the initiative of the upper chamber of the Russian parliament to form a so-called “patriotic stop list” – a list of foreign organizations that are likely to work to destabilize Russia.

A source at the Council of the Federation revealed to the media on condition of anonymity that the “stop list” would include more than 20 groups, such as Amnesty International, Human Rights Watch, Freedom House, the Soros Foundation and others. It is expected that the activities of some of these organizations will be effectively prohibited following inspections by the Prosecutor General's office.

After this introduction, Kiselyov presented a report about likely candidates for this “list.” One of them happened to be White. “How could it happen that such a position was taken by a U.S. citizen, a businessman from Washington, is still not clear,” the report stated. White was reproached for hanging pictures of American scientists on the walls of the university, while “portraits of Russian scientists have disappeared.”

In the 1990s, White created one of the first Russian training centers for aspiring entrepreneurs. In 2005, he founded and headed the investment and consulting company Marchmont Capital Partners and since 2013 he has worked as a vice rector at UNN, where he was engaged, among other things, in the commercialization of technology projects, including taking them to global markets.

The day after the television report all information about White was removed from the university’s website and it was reported that White was dismissed as a result of “the restructuring of the system of UNN's innovation management connected with the need to strengthen its scientific component." The university told RBTH that White was “on vacation abroad.”

White himself was unavailable for comment. Scientists familiar with White underlined that the dismissal came “after a propagandist broadcast,” as a “sinister” event and expressed concern that it could be “the beginning of the persecution of foreigners.”

In an interview with RBTH, Isak Froumin, director of the Institute of Education at the Higher School of Economics, described the Nizhny Novgorod incident as a “shot in the foot.”

“The country that now needs most to break through the isolation continues to isolate itself," Froumin said. According to him, this case is “not the first.”

“A year ago I was asked to give advice on the strategic development of the education system in one of the Russian regions and it happened so that I was being visited at that time by a renowned scholar who advised the governments of different countries,” Froumin said. “I asked him to come with me. At first the partners from the region were very happy, but then they said, ‘No, we're going to discuss strategic issues, why do we call the Americans?’”

If foreign experts already have thought 10 times before coming to work in Russia, they “will now think a hundred times,” he said.

“To dismiss him after the broadcast is nonsense,” Alexei Kondrashov, a professor of the University of Michigan in Ann Arbor, told RBTH.

“Five years ago, the country allocated mega-grants to invite foreigners for a lot of money, but now they are being kicked out, it turns out,” he said. “Have they lost their minds?" Kondrashov also works at Moscow State University's Laboratory of Evolutionary Genomics that he founded and admits that, despite his dual citizenship (Russian and American), he has “not yet been harassed” by anyone, although he could now be considered a foreign specialist.

The story of the American vice rector is “not very good” indeed, agrees Sergei Markov, director of the Institute of Political Studies. The institute is considered loyal to the Kremlin. On the other hand, Markov says that, “it is quite natural and necessary.”

”It is the public opinion that demands that the Russian authorities at all levels, including university rectors, raise suspicion against citizens of countries that support the terrorist policy of the Kiev authorities,” he told RBTH, referring to the government in Ukraine, which some in Russia regard as illegitimate.

“Neither morally nor politically right”

"What is now observed in Russia is a tendency toward self-isolation, to erect a new wall between Russia and, above all, the West," Pavel Salin, a political scientist and director of the Center for Political Studies at the Finance University under the Government of the Russian Federation, told RBTH.

Froumin notes that the presence of foreign professors and leaders at the university is “definitely a competitive advantage, it is normal.” For example, take the Moscow Physical and Technical University, which is closely connected to defense topics, among other things. “Fortunately, no one so far is surprised that the Chairman of its International Advisory Council is the President of the Massachusetts Institute of Technology [Leo Rafael Reif],” Froumin says.

As for the “stop list,” its emergence is an attempt to give the law on “undesirable” foreign organizations (the registry still lists none) some kind of effect, said Salin. As the initiator of the "stop list", Konstantin Kosachyov, the head of the Federation Council Committee on International Affairs, previously announced at a meeting of the upper house, "we do not have either moral or political right to allow the collapse of the country," so "we must maintain effective control of foreign players."

At the time of writing, Kosachyov was unavailable for comment. It is expected that the "patriotic stop list" will officially be adopted at a session of the Duma on July 8, 2015. 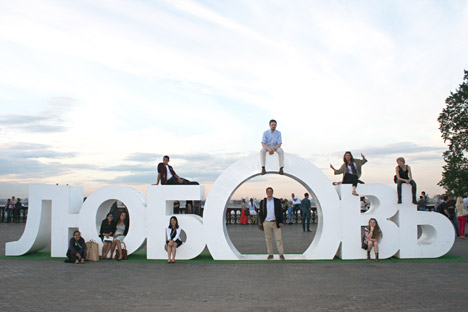 Perestroika lessons for U.S. and Russia