Russia comes in third at World Police and Fire Games in U.S. 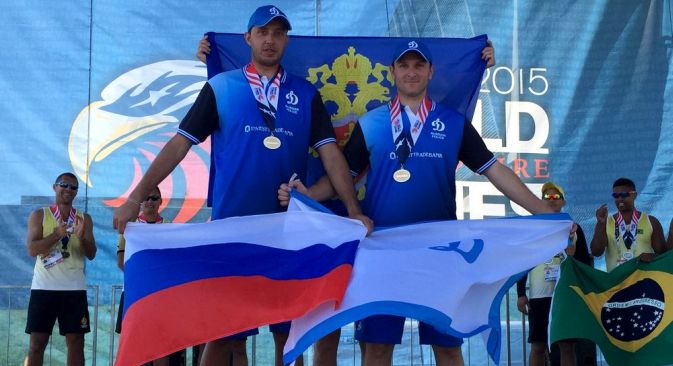 Team wins 207 medals in 17 disciplines at event for law-enforcement and fire service personnel.

The Russian team is bringing home a large collection of medals in various disciplines after competing in the latest edition of the World Police and Fire Games in the United States.

The games, a biennial sporting event for law-enforcement and fire service personnel that was first held some 30 years ago, were held over a period of 10 days in Washington D.C. as well as the nearby states of Virginia and Maryland, and closed on July 5. The event was attended by some 12,000 participants from more than 70 countries.

“The performance of our national team, which was formed on the basis of the Dinamo club, can be considered a success,” a member of the Russian delegation, Dmitry Shelepin, told the TASS news agency. The Russian team, which competed in 17 out of the 61 disciplines, won a total of 207 medals, including 126 gold, 48 silver and 33 bronze.

“Good results were shown in swimming, judo, track and field, and shooting,” said Shelepin. He reserved special mention for the ice hockey tournament, the only winter sport on the program, in which the Moscow city police team won silver, losing 4-5 in the final to a team from Calgary, while the team from the Tatarstan interior ministry came in third.

The biggest number of medals was won by the hosts (1,777), with their northern neighbor Canada coming in second (429 medals). The U.S. and Canada had the biggest teams at the event.

The World Police and Fire Games include not only sporting but also professional disciplines, as well as some “non-Olympic” sports like tug of war, billiards and bowling.

The next edition of the games, which are held every other summer, will take place in 2017 in Montreal. Russian Deputy Interior Minister Igor Zubov, who headed the Russian delegation in the U.S., told journalists that Moscow was considering putting forward the initiative to hold a similar event in winter too.

Orirginally published in Russian in TASS.