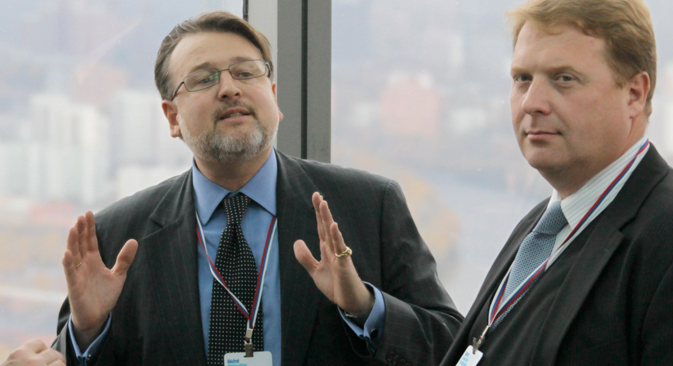 Kendrick White, a U.S. citizen who was fired as vice rector of the Lobachevsky Nizhny Novgorod State University on June 30 after a controversial report on the state-run TV channel Rossiya in which he was openly criticized, is to stay on at the university in a non-managerial role.

U.S. citizen Kendrick White, who was fired from his post as vice rector of the Lobachevsky Nizhny Novgorod State University, or UNN, on June 30 following the broadcast of a report on the state-run TV channel Rossiya openly accusing him of causing “harm” to Russia, will continue to work at the university as head of its center of technology commercialization.

UNN's management claims that the former vice rector has been transferred to another job as part of the planned reorganization, but White himself told Russian business daily Kommersant that the decision was a “real shock” for him.

The controversy over venture investor White erupted after Dmitry Kiselyov, head of the Rossiya Segodnya international news agency and a television host notorious for his anti-Western stance, reported on the initiative of the upper chamber of the Russian parliament to form a so-called “patriotic stop list” – a list of foreign organizations whose work it is claimed is likely to “destabilize” Russia.

As part of the television show Vesti Nedeli on June 28, Kiselyov presented a report about likely candidates for this “list,” one of whom happened to be White. “How it happened that such a position could be held by a U.S. citizen, a businessman from Washington, is still not clear,” the report stated. White was reproached for hanging pictures of American scientists on the walls of the university, while “portraits of Russian scientists have disappeared.”

The day after the television report all information about White was removed from the university’s website and it was reported that White had been dismissed as a result of “the restructuring of the system of UNN's innovation management connected with the need to strengthen its scientific component."

UNN Rector Yevgeny Chuprunov refused to comment on the details of personnel decisions for Kommersant, saying only: “These are the times we are living in.”

White himself was on vacation in Florida at the time with his family. “We were in the country, where it is difficult to find Wi-Fi,” he told Kommersant.

“At some point I was able to connect to the internet – and I saw hundreds of letters about my work, requests for an interview. It was only then that I learned about my dismissal; I read the news later. This was very bad news, a real shock.”

White had already written on Facebook that he was looking for a new job, but later he was contacted by representatives of UNN's administration. "We agreed that I would fly to Nizhny Novgorod, and we'll talk," he said.

On Monday, July 6, White met with the university's management and was offered to stay at the university, but in another position.

“We don’t know yet what it will be called, but I will probably head the Technology Commercialization Center at our university,” said White, adding that in his new position he would do effectively the same as before.

“I evaluate the commercial potential of university, student developments,” said White. “It is natural that I am involved only with open, civil technologies. I look at a project and say; yes, it may be interesting for the business, it can be offered to Skolkovo, RVC [Russian Venture Company] or venture funds.”

According to White, he prefers to work with Russian investors, but does not see a problem in promoting student developments in the global market.

However, Russian President Vladimir Putin recently claimed that foreign organizations are deliberately targeting Russian schools with the aim of creaming off talent and arranging for the most promising students to be given work outside the country – a claim that White was quick to deny.

“We recently went to the U.S. with a group of Nizhny Novgorod students; they showed their projects and came back, no one stayed in the States,” said White, who later explained to RBTH that the group had visited the University of Maryland and also visited New York for a day together with the representatives of the Russian Trade Rep office in Washington, D.C.

“I have neither the authority nor the possibility to take someone out of the country. But it is not necessary – we are against the brain drain. We want Nizhny Novgorod to develop, so that other regions of Russia take up this example as well.”

According to White, this is exactly what he told the correspondent of Vesti Nedeli: “I repeated many times that we, on the contrary, oppose the brain drain. That the university has a great deal of international projects with foreign universities,” said White.

“The girl nodded, agreed and said, ‘You guys are great.’ And then there was such a horrible, biased report, saying that it is bad to cooperate with foreigners. A terrible thing.”

White assured Kommersant that he bore no grudge against the university's management. “I am sure that we can further develop the university and the region. In a new position, I will be of use as well, and I do not care what it is called. It is only bad that this decision coincided with such a report.” 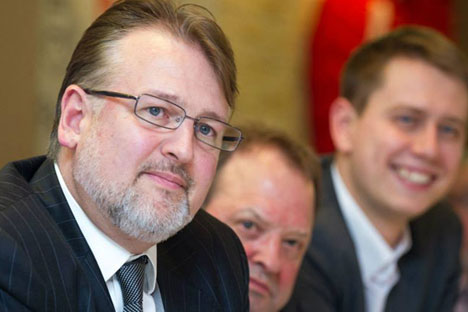