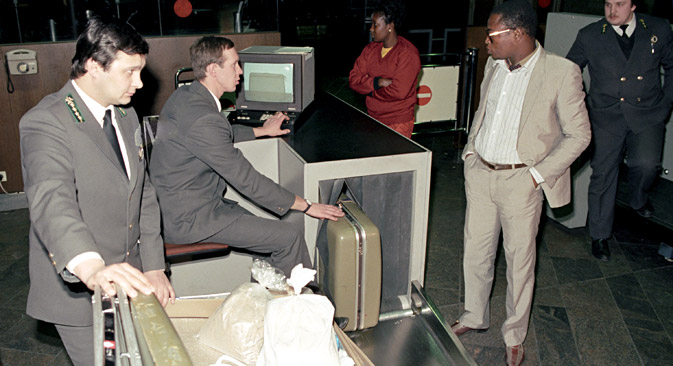 The history of smuggling is a story of human resourcefulness, and Russia is no exception – a variety of enterprising tricks have been used over the centuries to try and sneak prohibited goods across its borders. An RBTH correspondent talked to customs officers and worked in the archives to select five of the most unusual cases of smugglers trying to bring in or take out illegal goods from Russia over the past couple of hundred years.

On July 20, a man attempting to enter Russia from Poland was stopped by Russian customs control while carrying a half-ton of cheese. The man's car was stopped along the Russian border (near Kaliningrad) and found with 460 kilograms (approximately 1,000 pounds) of contraband cheese in the trunk and back seat. "The man, a resident of Kaliningrad, said he was not transporting goods for commercial purposes," said the customs service in a statement. "He knew about the rules but did not respect them, hoping that customs officers would not check his vehicle."

Why was he attempting to smuggle cheese across the border? The answer lies in the recent war of sanctions between Russia and the West. In 2014, Russia banned the import of dairy products, meat and produce from the European Union and other Western countries to retaliate against sanctions imposed on Moscow over the Ukraine crisis.

But such audacious efforts are nothing new – smugglers have been attempting to sneak forbidden goods into the country for centuries. In the days of the Russian Empire, smugglers crossed the border bearing French perfume, silk, lace, porcelain, spices and tea. During the Soviet period, they illegally supplied the country with women's tights, foreign magazines, condoms, colored markers, vinyl records and canned pineapple.

Over the years, prohibited goods have been smuggled into the country in a variety of ways. Deputy Head of the Customs Co-operation of the North-West Customs Administration, Andrei Fyodorov, admires smugglers' resourcefulness. “Smuggling is a craft, and it has its professionals,” he said.

Here are five classic cases demonstrating the remarkable resourcefulness of those who have tried to beat the border guards in the last 200 years.

From Paris with love

In 1831, a cache of contraband from Paris with a value of 48,281 rubles (a good horse cost 200 rubles in those days) was seized on the north-western border of Russia.

The news about the seizure of such an expensive consignment even reached Emperor Nicholas I. The tsar decided to inspect the cargo himself: Golden fabric had been rolled under the seat of the driver, while jewels were hidden in the leather bags used to store fat to grease the wheels.

It made a lasting impression on the autocrat, and from then onward he developed an intense interest in the import of goods and protection of borders.

“Special 'Collections of Tricks and Gimmicks, Used by Smugglers’ were issued for customs officials, which even included drawings. For example, an image of trousers with pockets for bottles of alcohol,” deputy head of the Russian Customs Service’s Central Museum, Anna Nikolayeva, told RBTH.

In the 1840s, the Governor-General of Novorossiya (the north coast of the Black Sea and Azov Sea, part of the Russian Empire at the time), Vorontsov, had a bet with a merchant named Toporov that he would not be able to smuggle a 10,000-ruble load of contraband out of Odessa (for comparison, the wage for a worker was 2 rubles per day).

However, if Toporov succeeded, the governor promised to pay him 10 times as much. In the morning, the merchant pulled up at the outpost, where the custom officers checked him, chopped into the walls of the carriage, and even groped around in the horse's ears.

When the officers found nothing, Toporov beckoned a black poodle which was constantly underfoot. The poodle turned out to be a shaved mongrel, wrapped by the resourceful merchant in pieces of cloth, where he had hidden diamonds, before dressing the little dog in sheep’s clothing.

After the Civil War, the emergence of the Soviet Union brought a dire shortage of the most basic household items. Buttons, sewing needles, fabric, wool yarn, women's jewelry, combs and sponges were smuggled into the country. Smugglers used the following hiding places: Banknotes were glued under luggage handles, or were woven as handbags; alcohol was transported in pumpkins; diamonds were hidden in the heels of shoes, while buttons or gold coins were sewn into frozen fish.

In December 1935, Japanese diplomat Koona Katsumi tried to smuggle two Japanese women spies (according to other sources, his mistress and her mother) in two suitcases through the border station at Negoreloye (formerly the Belarusian Soviet Socialist Republic).

Border guards were tipped off about it in advance, but to inspect the diplomatic baggage was strictly prohibited. Then it was decided to drag out the customs formalities at all costs. The attaché’s suitcases were overturned in a rough way, dropped “accidentally,” and stabbed covertly with an awl. In the end, the women could no longer stand the ordeal and revealed themselves.

In May 2014, border guards detained smugglers, who happened to be model aircraft makers, near the village of Bolshoye Selo (in the Kaliningrad Region, 700 miles west of Moscow). A 51-year-old Russian citizen and a 31-year-old Lithuanian created an aircraft from scrap materials.

A five-liter plastic canister with aviation kerosene served as a gasoline tank, and a wheel from a pram was used as the chassis. The illegal aircraft designers made the frame from plywood and wings from foam sheathed with fiberglass. The smugglers operated the drone from land via a transmitter. They were detained as they were attaching 50 blocks of cheap cigarettes to the plane in order to send them to Lithuania. 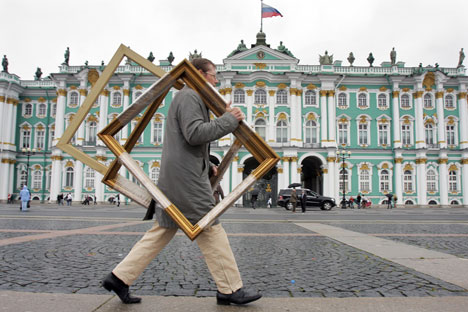