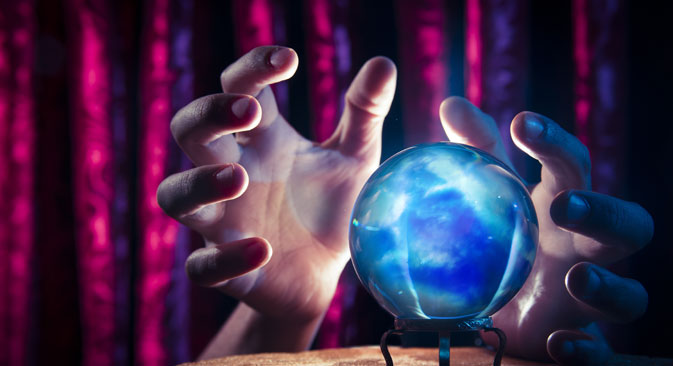 A gang of swindlers was recently detained in Moscow, accused of tricking members of the public into buying a ‘magical’ liquid that could turn paper into dollars. However, this is far from the first case of unusual fraudulent schemes in Russia in the last few years. RBTH has gathered five of the most fascinating tales of confidence trickery from the Russian streets.

The Moscow police recently announced the detention of two African immigrants suspected of having sold paper and liquid that supposedly turned paper sheets into dollars.

"The suspects would perform a show," said the police statement. "In the presence of the victims they would treat a sheet of paper with a chemical solution and then ask the people to check the authenticity of the ‘banknote,’ which by then they had already stealthily managed to replace with a real one."

Before treating the paper with the liquid the crooks put on gloves and medical masks, warning that the fumes from the chemical solution were lethal. They sold the “magical” liquid to one victim for 5 million rubles (almost $77,000).

Three years ago a gang of nine fraudsters was arrested in the Russian capital for having extracted at least 900 million rubles (almost $14 million) from foreign businessmen using fake names and surnames resembling the names of large Russian corporations such as Gazprom, Rosneft, etc. The money was stolen from several hundred foreign companies from the EU, the U.S. and Southeast Asia.

The wrongdoers advertised the sale of various minerals and other goods (rails, locomotives) on the internet, received the prepayments and then disappeared. During one transaction they presented the buyers with an account belonging to someone named JSC Railways. A criminal case was filed after a representative of Russian Railways complained to the police.

A new type of fraud was born in Russia several months ago, when tricksters started selling fake 18th- and 19th-century coins on a mass scale. They approach people in underpasses and on the streets and offer them supposedly silver coins with portraits of Russian tsars, saying that they have inherited the valuables from their relatives or found a treasure trove.

A band of psychics

A team of fake psychics was detained in Moscow in the middle of July. According to the media, several years ago they had organized more than two dozen call centers throughout the country and told fortunes and cured people over the telephone, "performing a series of magical rituals,” according to the Moscow police.

There were so many people that wanted to know their future and purify their karma that the lines were kept busy, with the scam eventually sucking in more than 40 victims. The guilty were given jail terms of 6-15 years.

A significant case of fraud occurred in Chita (a city in eastern Siberia), where some ingenious tricksters were able to deposit fake banknotes into their accounts and withdraw real ones. The swindlers cut 5,000-ruble banknotes and then glued them in a way so that several “notes” would result from one. Then they used an ATM machine to deposit the money into several accounts belonging to various individuals and finally withdrew more than 100,000 rubles ($1,500). The glued banknotes were found only a week later, when the ATM machine was opened.